At this time, we aren't sure what will take the station down first, the elements or demolition.  We have received word that a permit was filed to demolish the building later in December, bringing an end to yet another PEIR station.

I plan to scratch a model of this later on in the winter for one reason or another.

One half of the hip roof had already collapsed prior to this year, but Hurricane Arthur completely flattened it this summer.  I suspect that with the winter they are calling for, the entire building will be flattened if the contractors do not take care of it first. 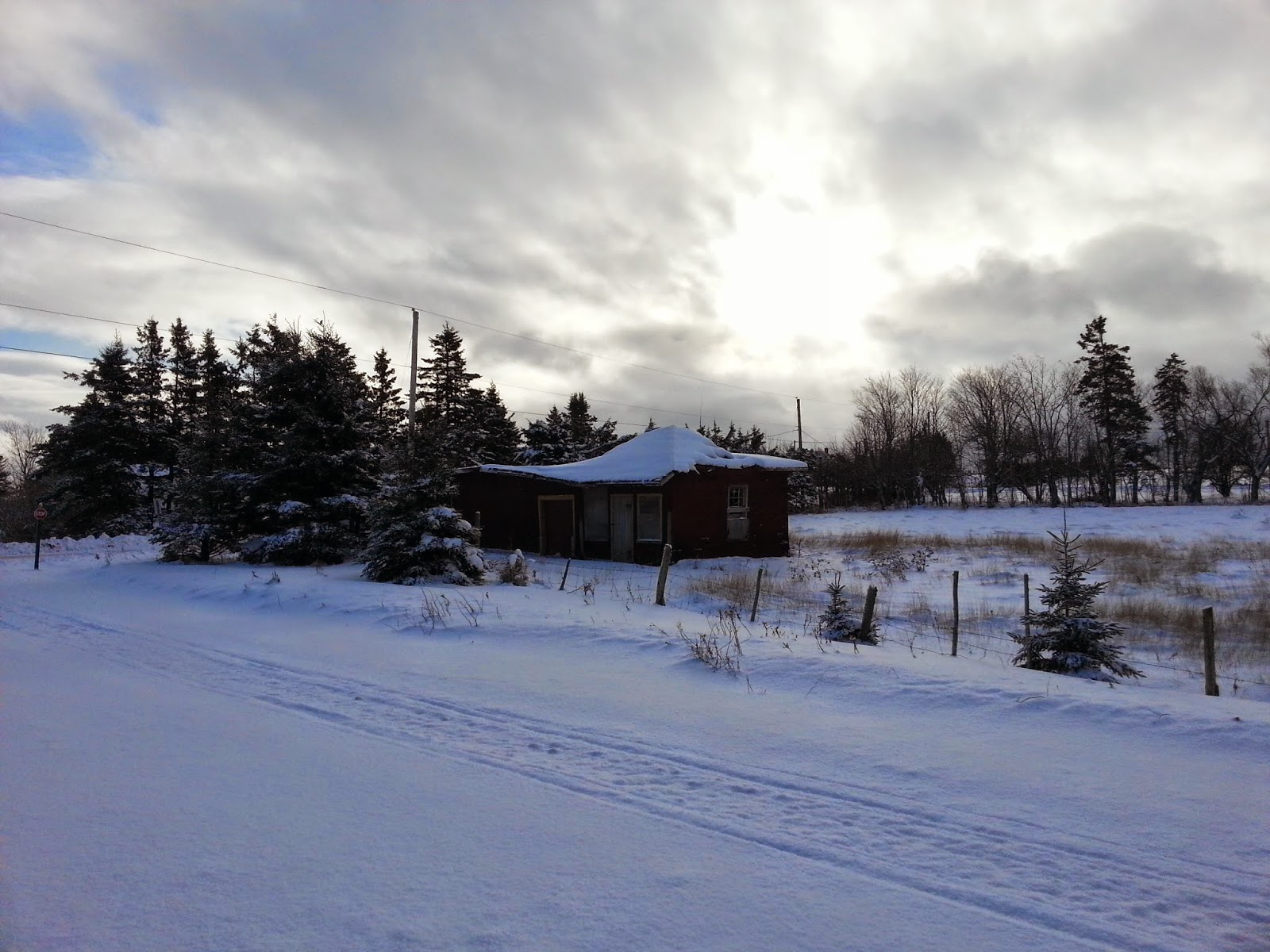 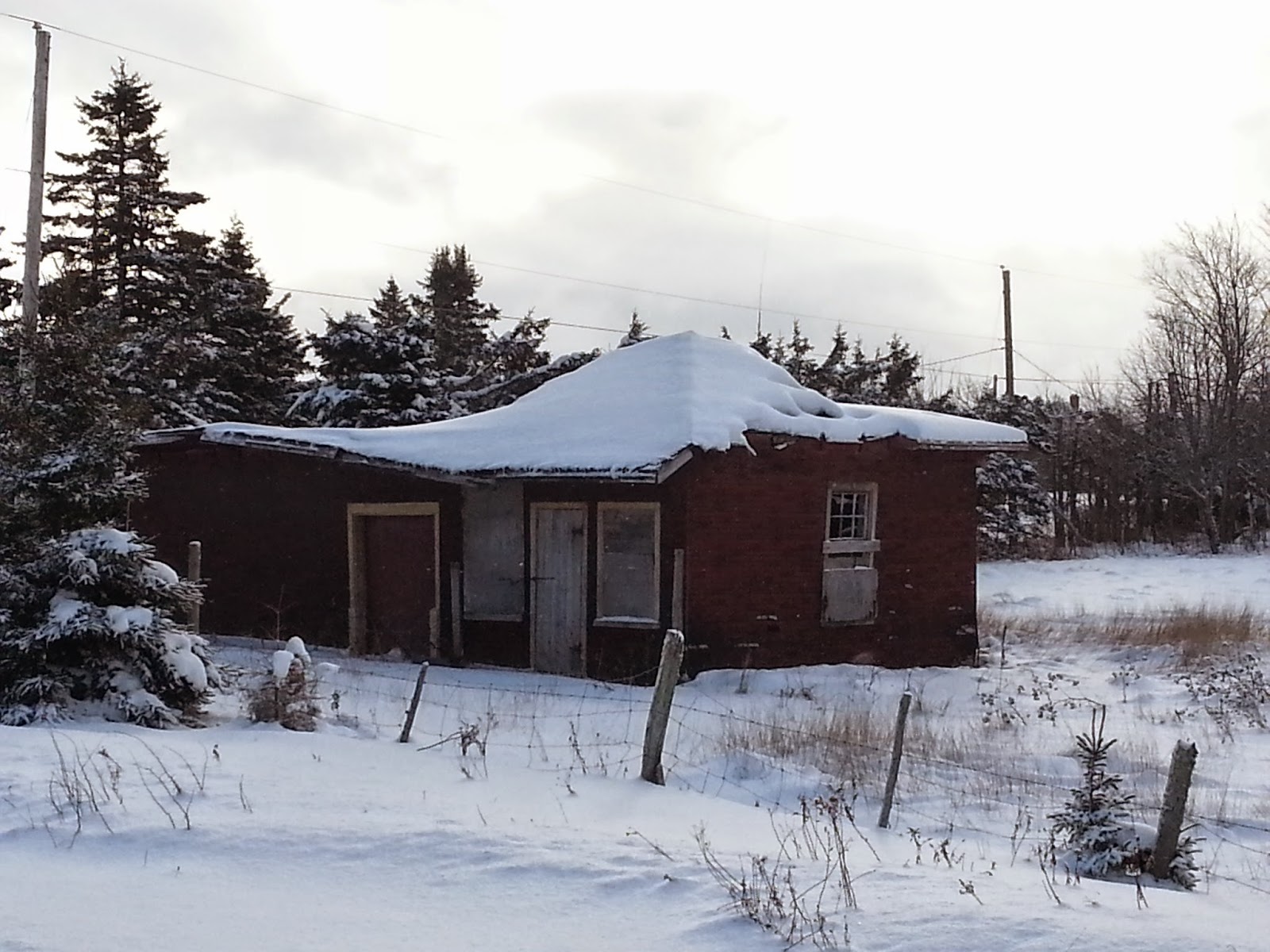 The north and west sides are still standing and in relatively good shape, however the south and east walls haven't faired as well. 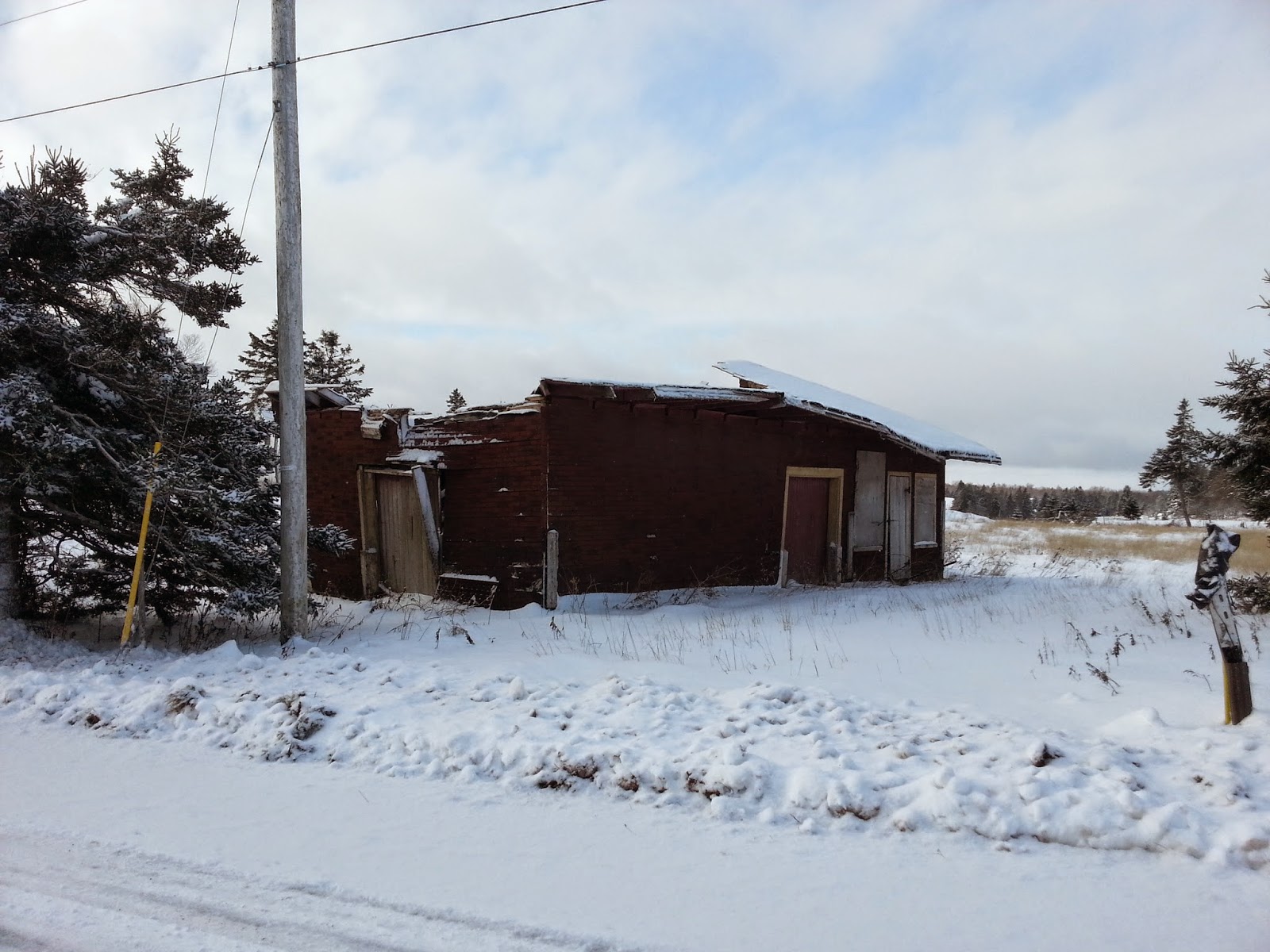 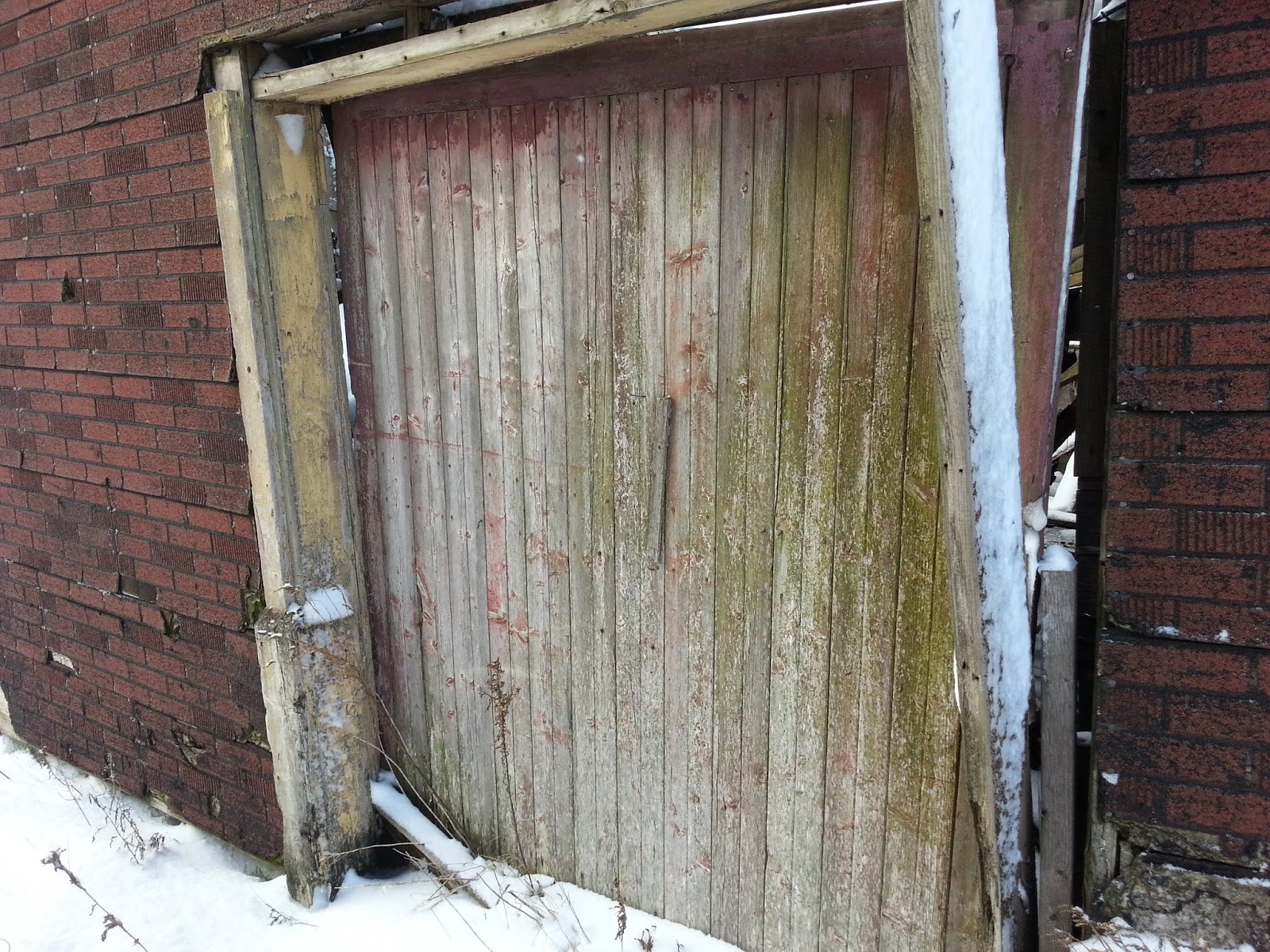 Chris examined the massive hole in the back of the station, as well as grabbing a few quick shots of the brick siding, in hopes of photoshopping it for our upcoming build in HO. 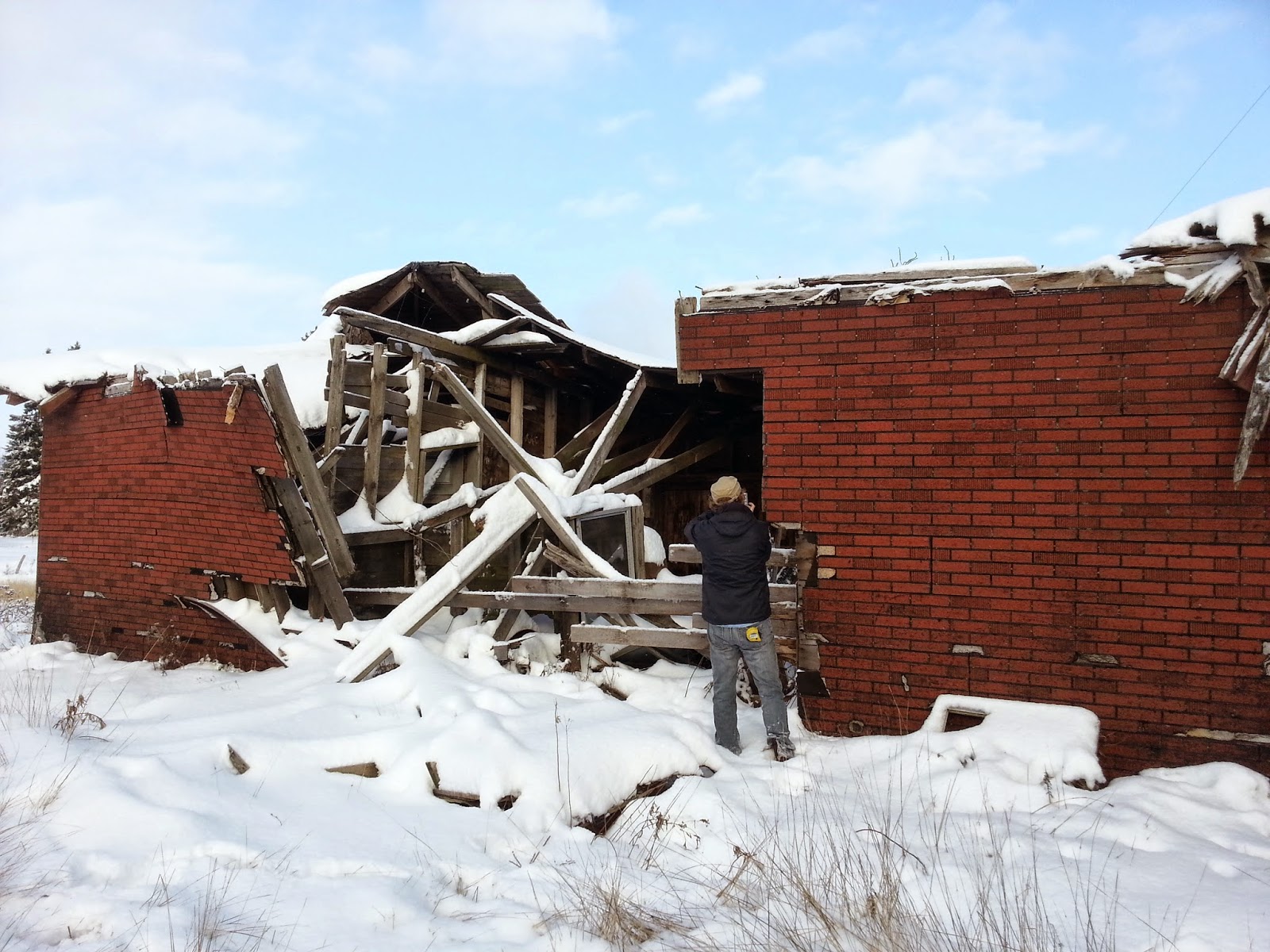 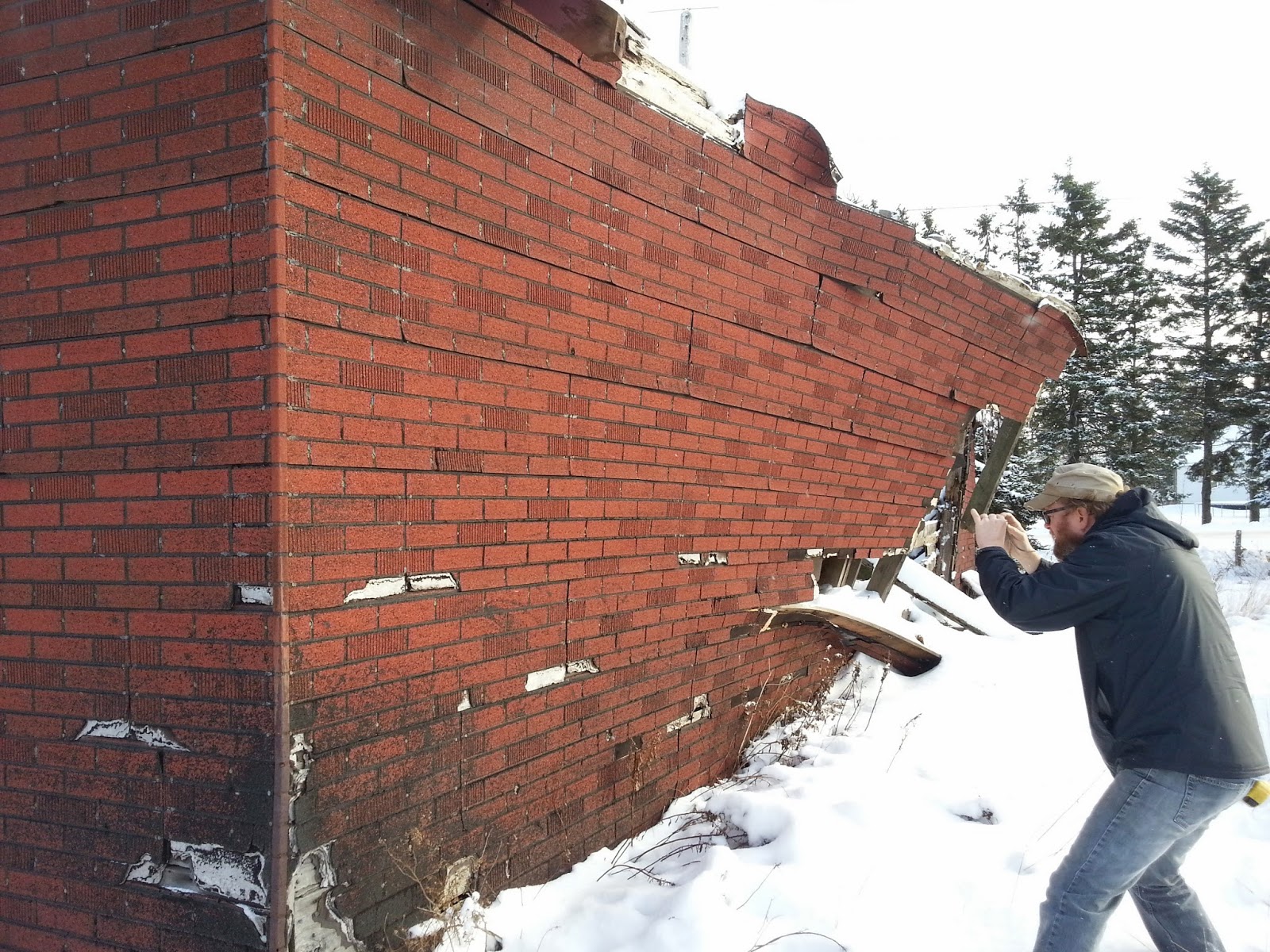 The inside of the passenger end is in very rough shape.  I didn't bother to go into the ticket booth (left) or the baggage end (further left) due to the current condition of the building this trip. 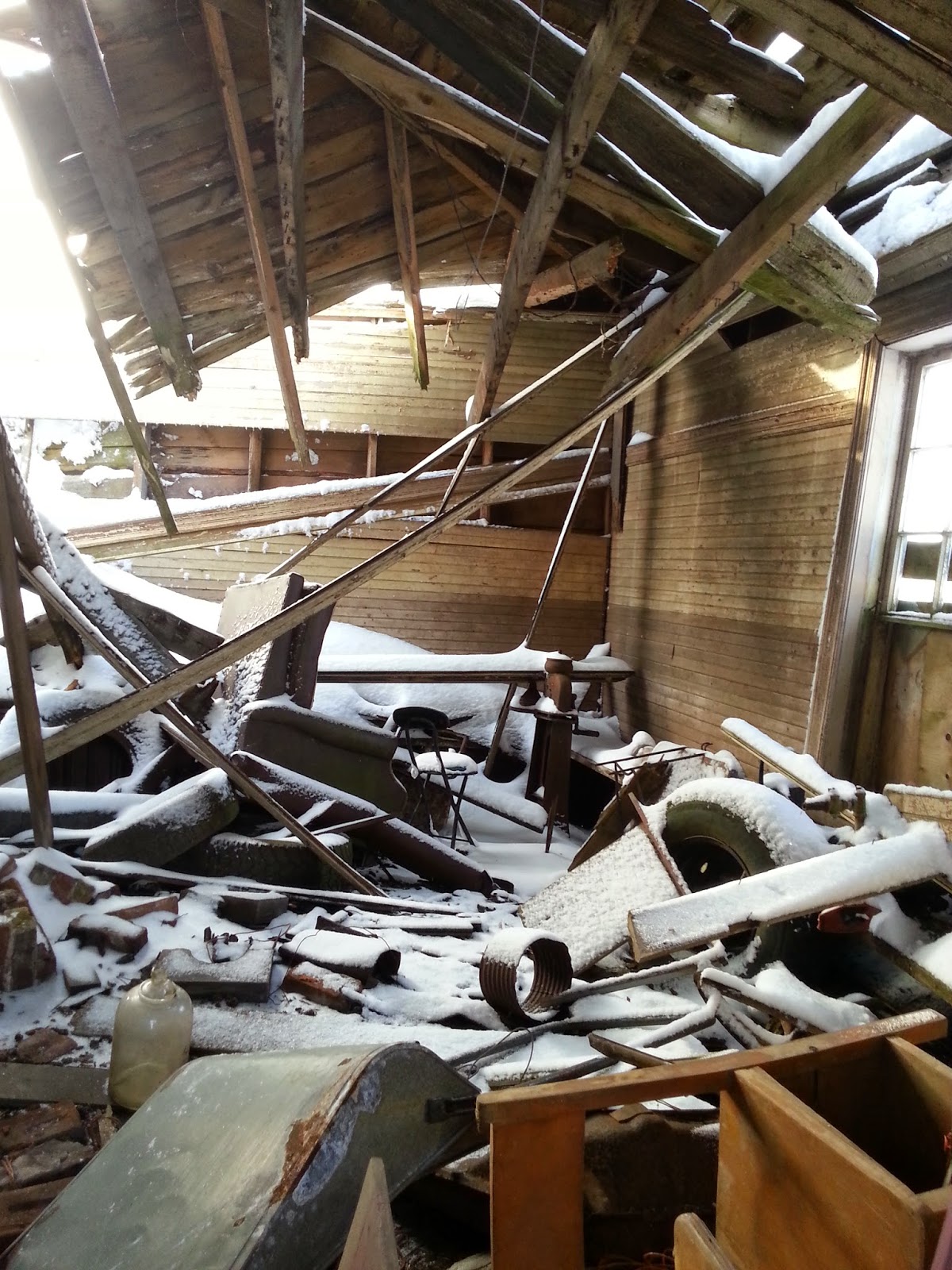 The red and yellow paint CN used on the station are clearly visible here, although faded.  We were able to acquire chips of each. 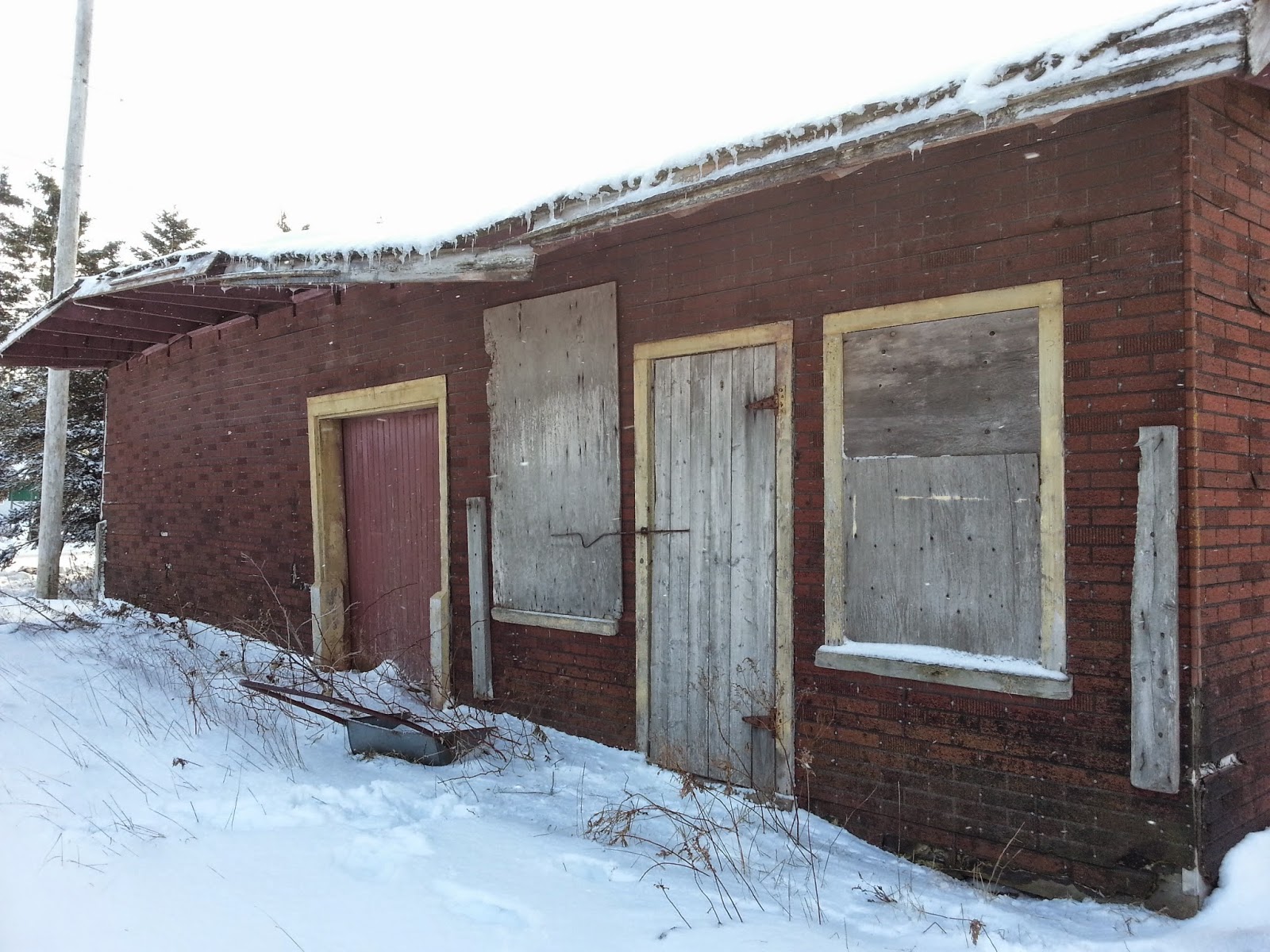 A look at the ceiling through a busted, although structurally solid window frame. 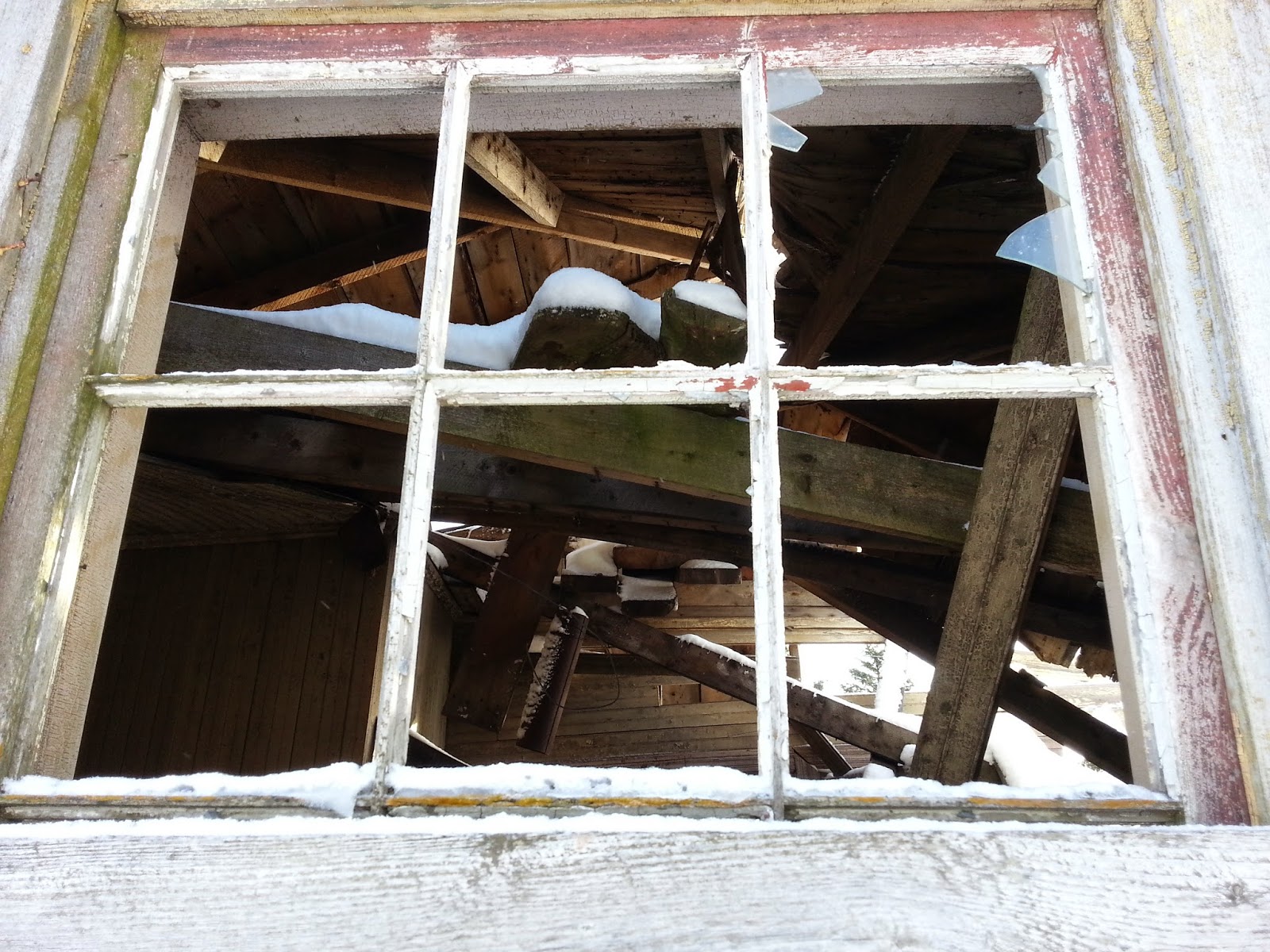