I've been toying around with the idea of building a pair of UMG modules for the past year and after getting a good luck at the setup in Truro this fall I think I've finally settled on a design.

The UMG (Unnamed Module Group) is a group of modellers throughout the Maritimes who have constructed a series of FreeMo modules which they display at various shows.

I was initially thinking of modelling an area in Nouvelle on the Gaspe with a lumber mill (which I have sort of done) but I added in some things to increase switching opportunities. 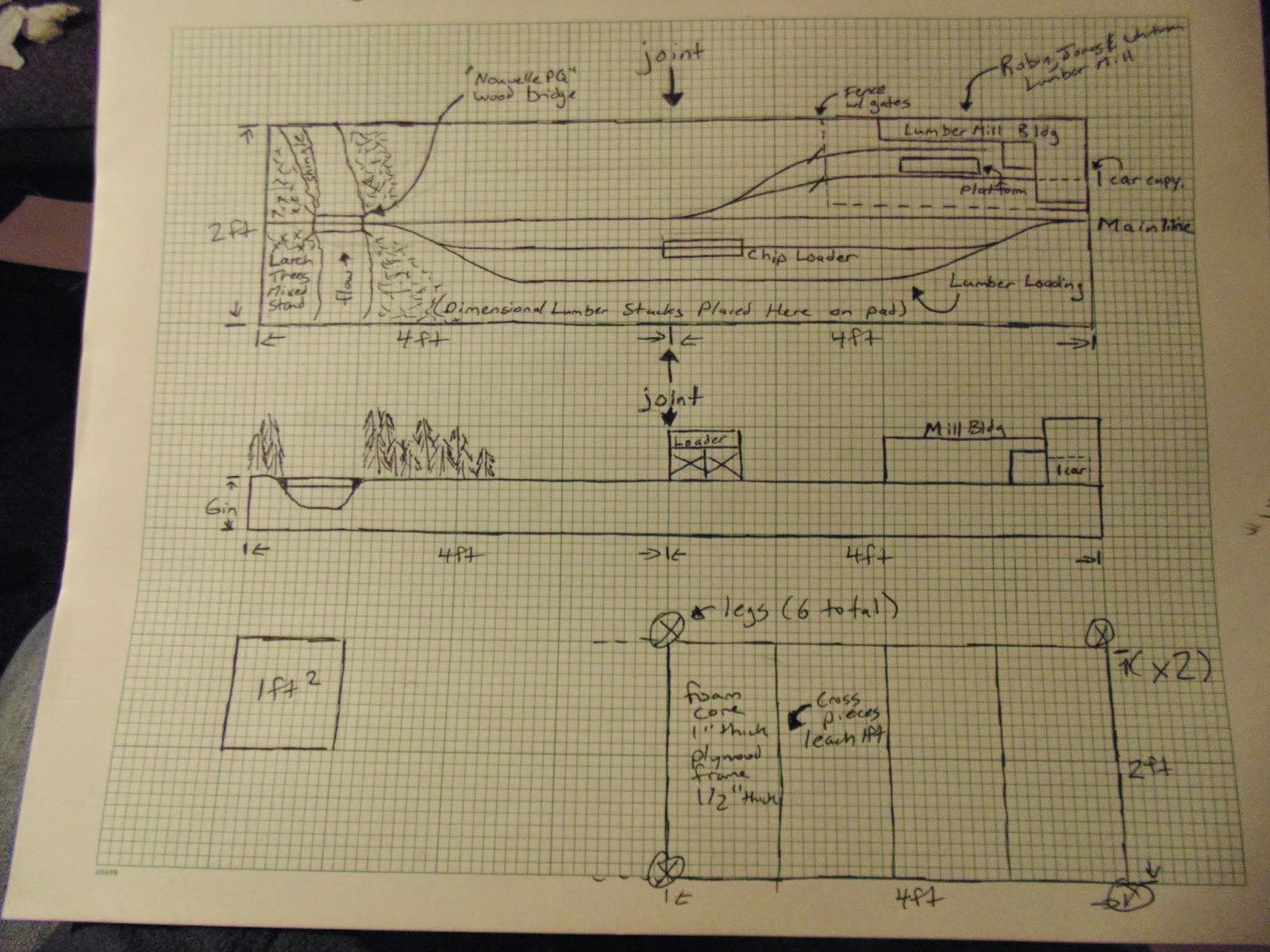 All six turnouts will be handlaid using Fast Tracks templates and the rest of the track will be Code 100 flextrack..