Work continued on Alistair's layout last Wednesday night.  We are planning on meeting again this Friday.  Several of us are really looking forward to having an operating layout in the Charlottetown area again.  Alistair's originally from Scotland and his interests are mainly in UK prototypes.  He plans on running several high speed trainsets (HST's) as well as some freight.

Dr. Mears assists Steve in laying track.  Chris and Steve started in the right corner while Alistair and I tackled the left and we met in the middle with precision rivaling the workers who built the Chunnel. 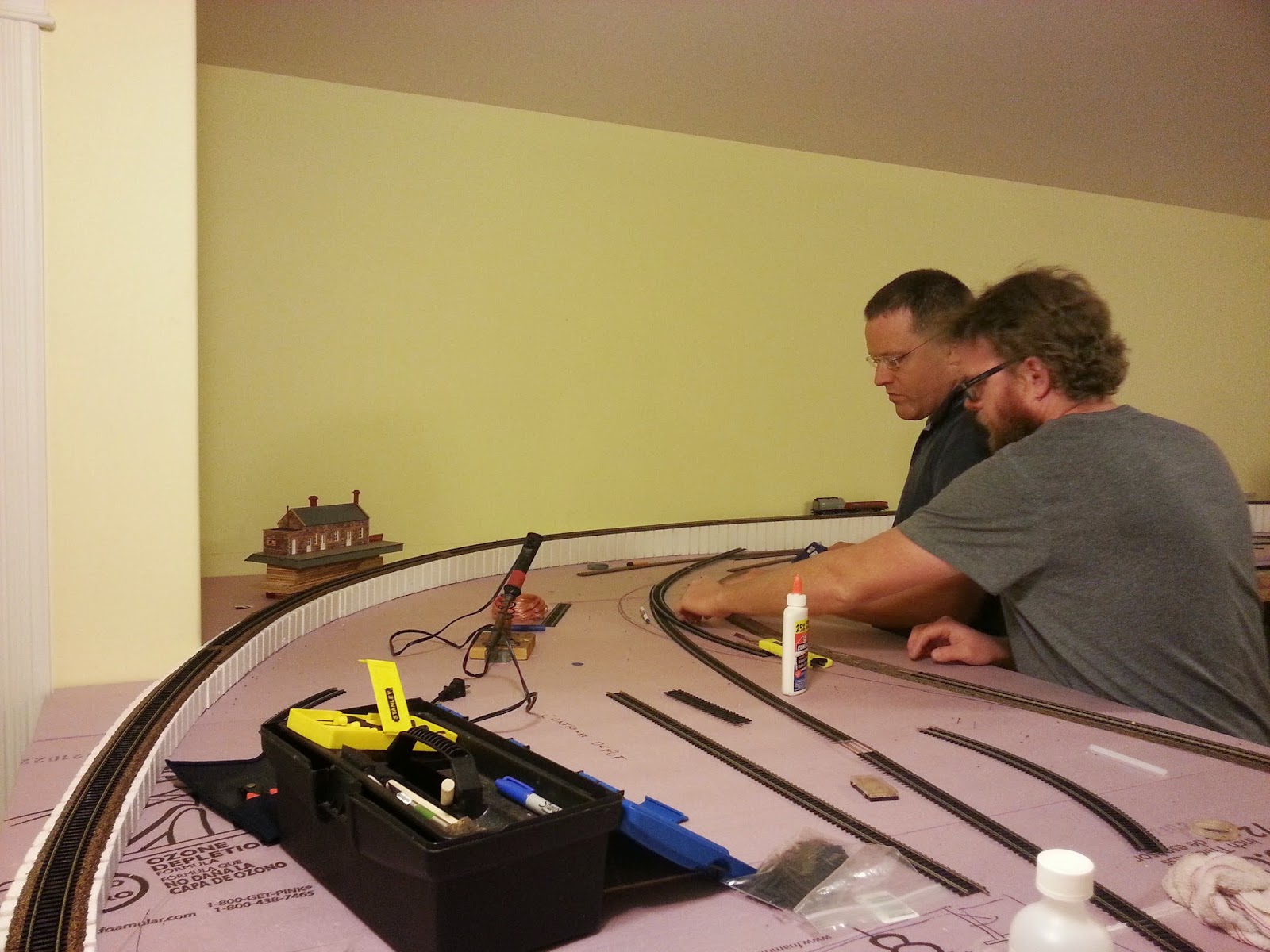 Chris and Alistair discuss the approach into the HST servicing area as well as the RPO area as Steve hides in behind.  Alistair is a postman, so having a small RPO operation only makes sense.  I think we ended up settling on three lines under the bridge, with the main in the center (elevated) flanked on either side by a yard lead into the RPO area (left of main) and a switching lead into the HST servicing area (right of main).  The HST area will be roughly where Chris's arm is and the RPO terminal will be in the foreground, represented by a pile of track at the moment.  Just out of frame to the left of Chris and Alistair will be an intermodal terminal. 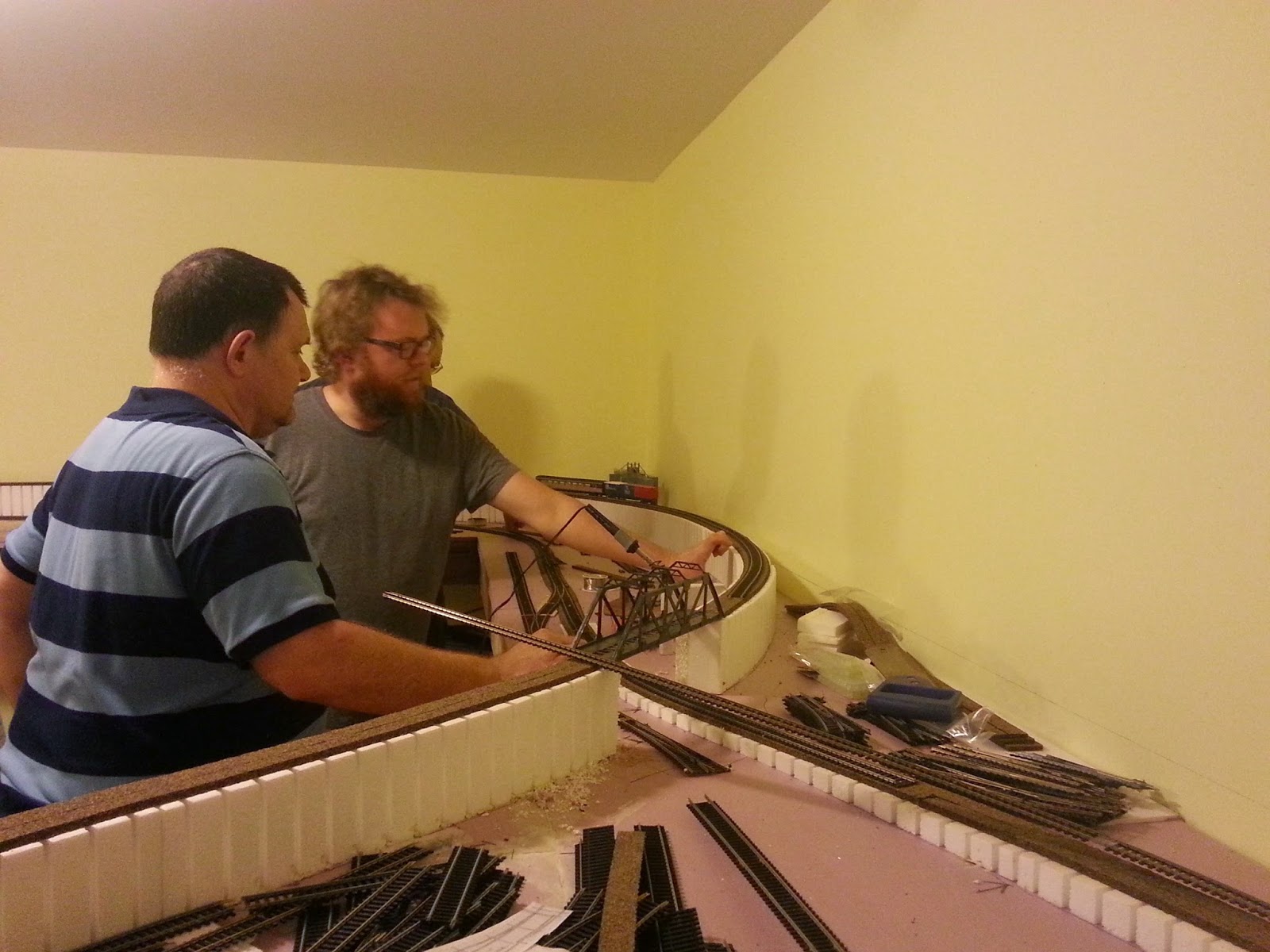 Once we had the yard leads and some trackage in the HST area down, we couldn't resist this shot. OK we cheated it a bit by splitting the Pendalino in half but still, the scene is really starting to come together.  I can picture a nice brick or rock retaining wall in behind the MU cars. 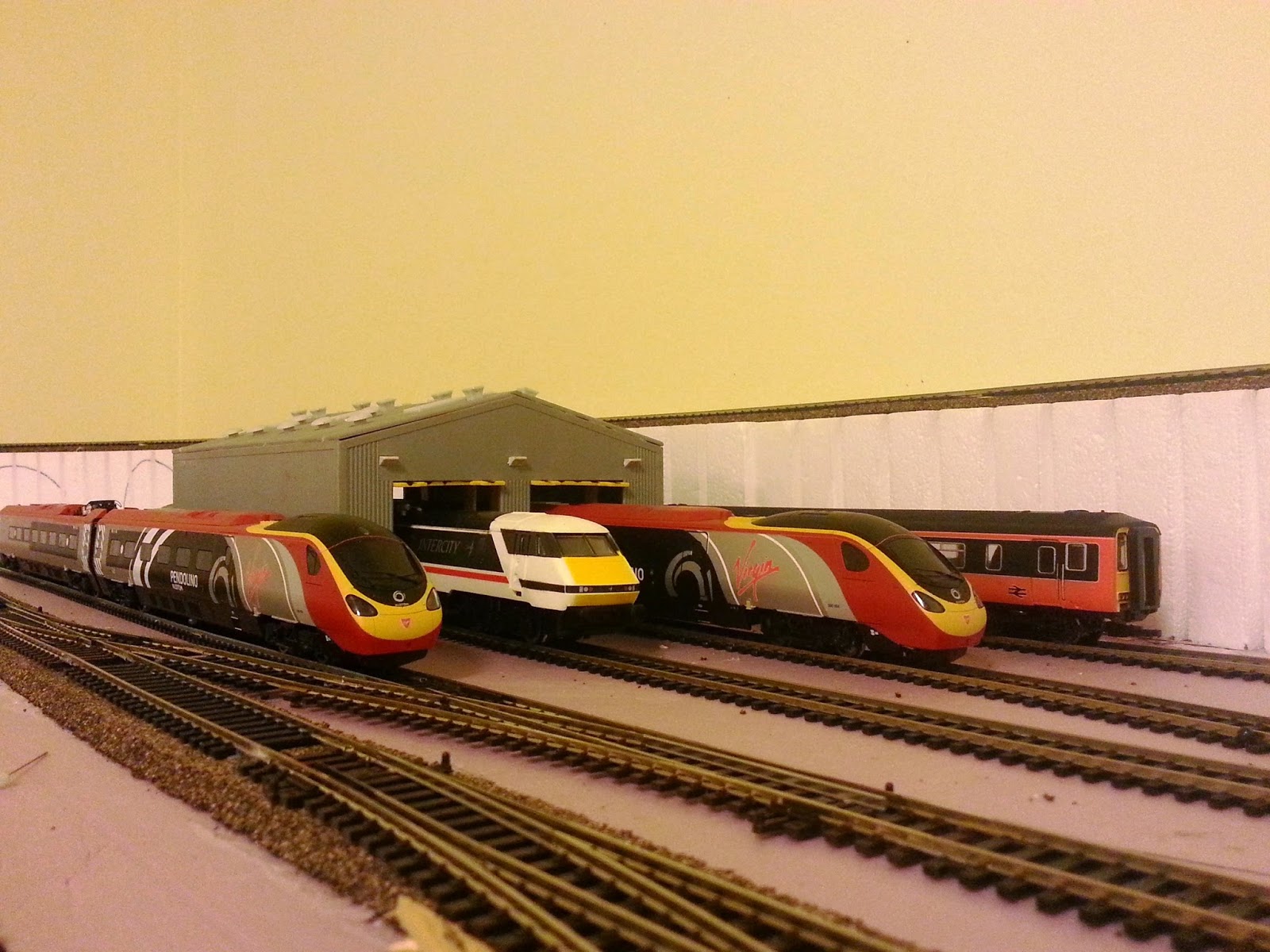 I can only imagine how nice this scene will look when Alistair's five APT-E's arrive.  As Jason's only Canadian buyer, I hear they are on a first name basis and chat on the tele frequently.  (...ok its only one trainset but still)

Currently, the entire mainline is in place and all of the switches for sidings/yards coming off the main are in place.  All of the track is soldered and Alistair was able to run a train, albeit in HO, on Friday.
We are planning on meeting again this Friday and installing bus wires for the DCC as well as the rest of the yard trackage for the HST area, as well as the intermodal yard.