As usual, the many splinter groups of the MFMR like to travel to each other's layouts throughout the winter for operating sessions.  Two weekends ago PEI hosted the Moncton guys and the following weekend Saint John hosted us (next post)  Unfortunately, only three operators were available to come this year, so they required spareboard crews.  Derwin and Scott of course, along with myself, Ed, Barry and Alistair chipped in and gave them a hand. 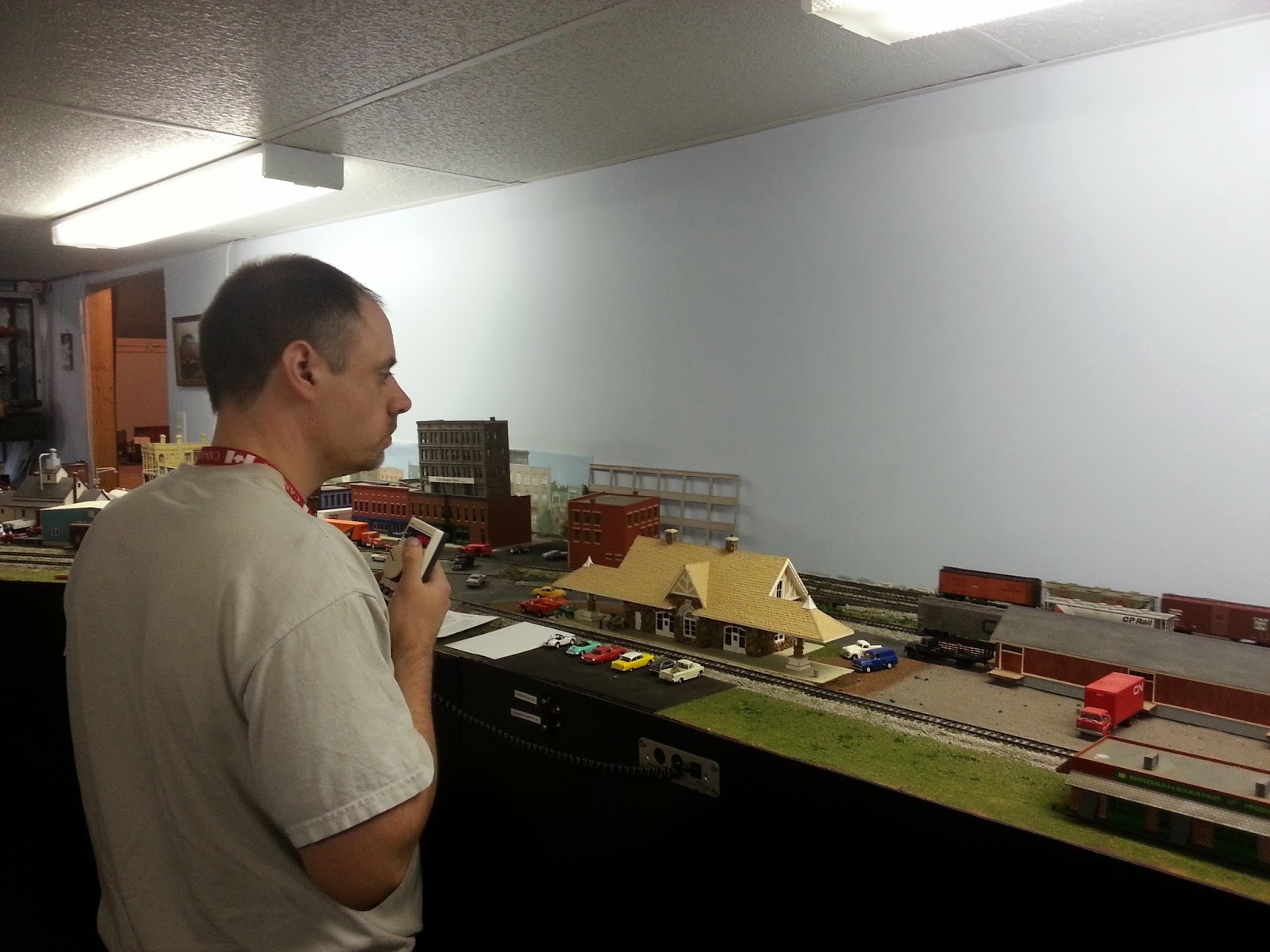 Luc Nowlan was in charge of the local switching moves in Ashtown.  It was neat to listen to him when there was another train in town, as he is a certified engineer on the Salem & Hillsborough Railway.  He would call off car lenghts just like the real thing, for example, "1754 clear to reverse. Four car lenghts to a stop.  Over" 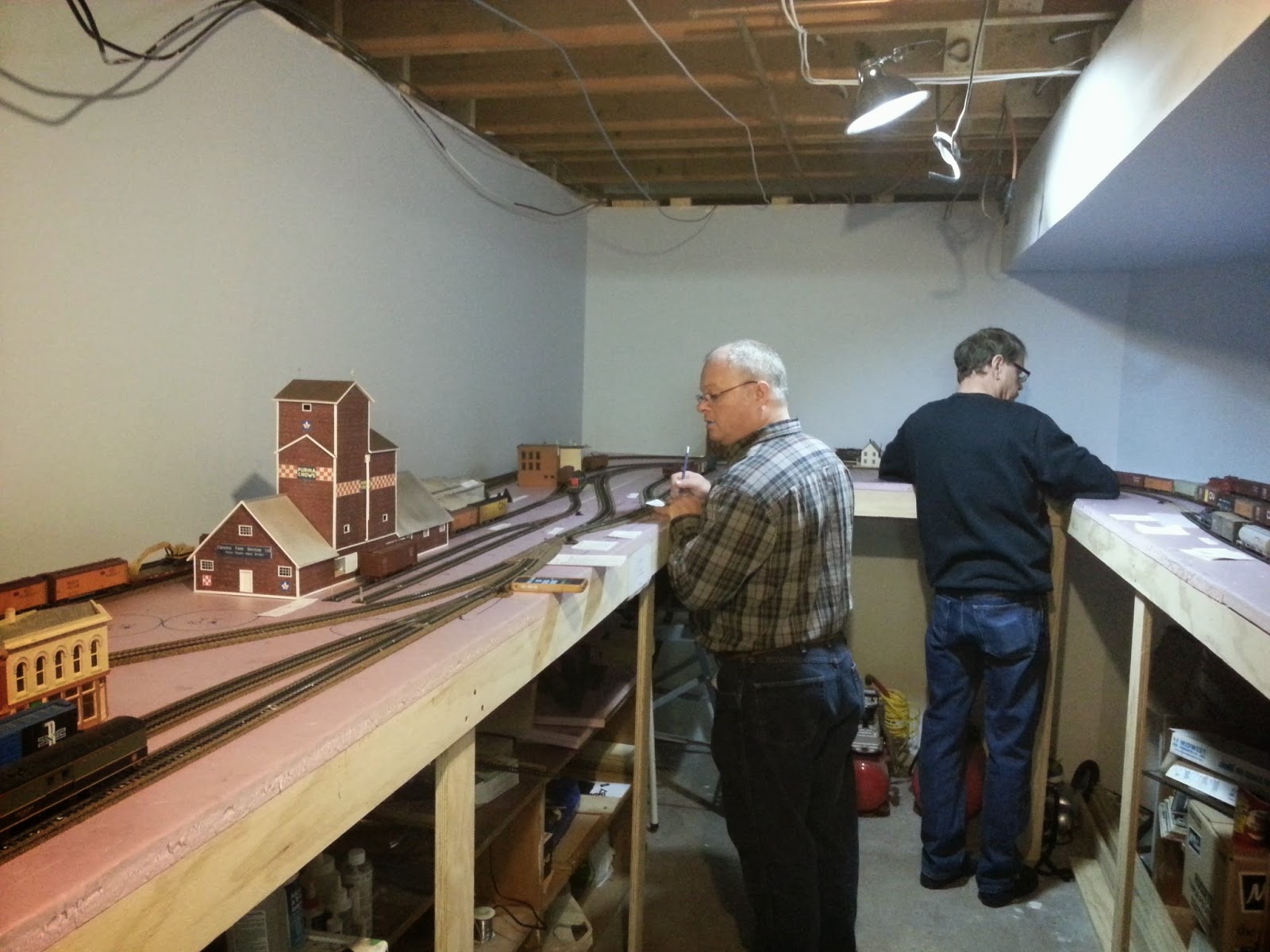 At the other end of the layout, Scott could be found lending Al Bishop a hand on the yet-to-be-named extention....or was Al helping Scott?  Al came to Springfield with us this year and by the sounds of things Luc will be joining us in 2016. 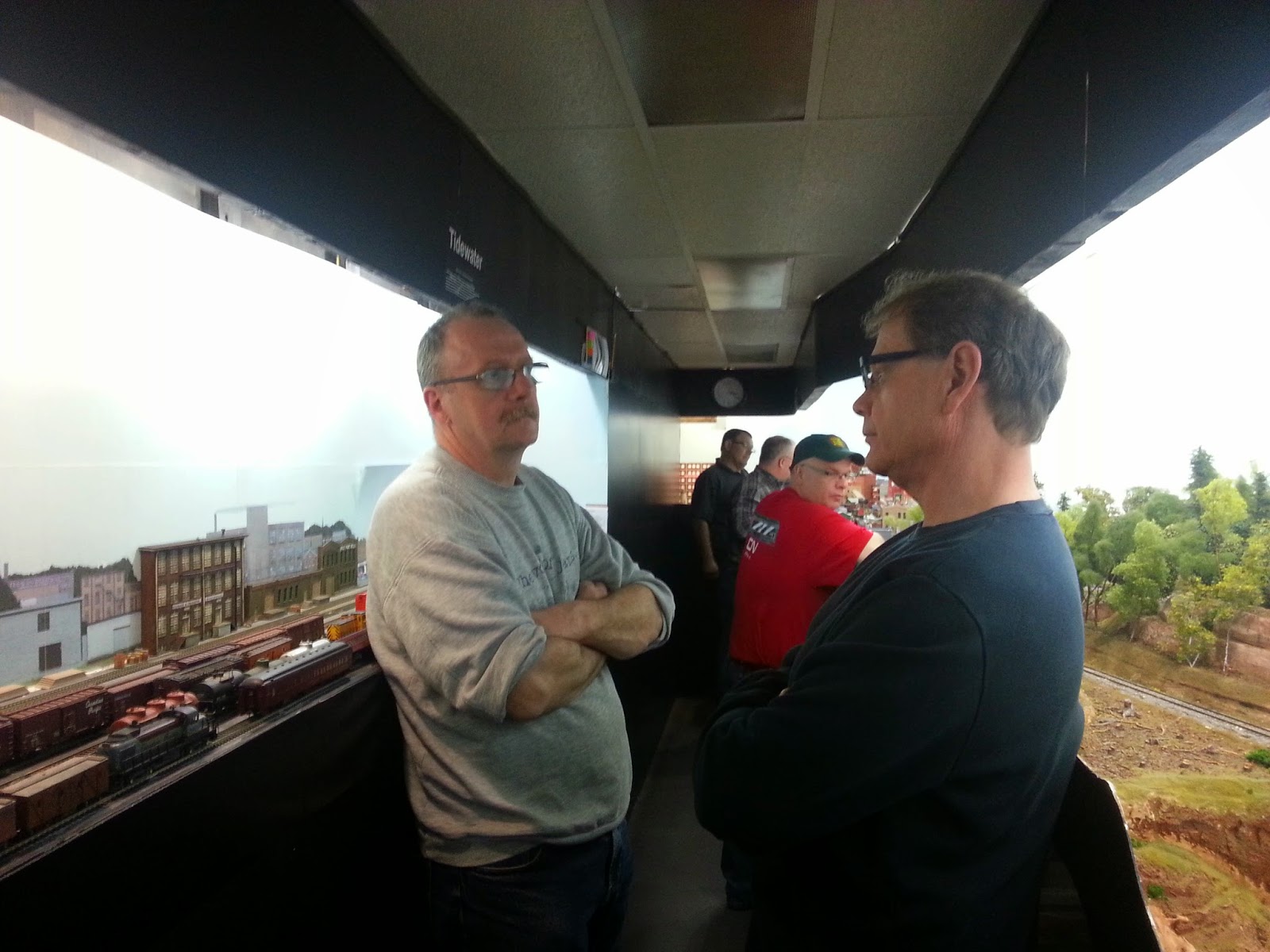 Looks like there was a bit of a standoff in Tidewater Yard between Scott and Urs.  I can't recall who won this one to be honest. 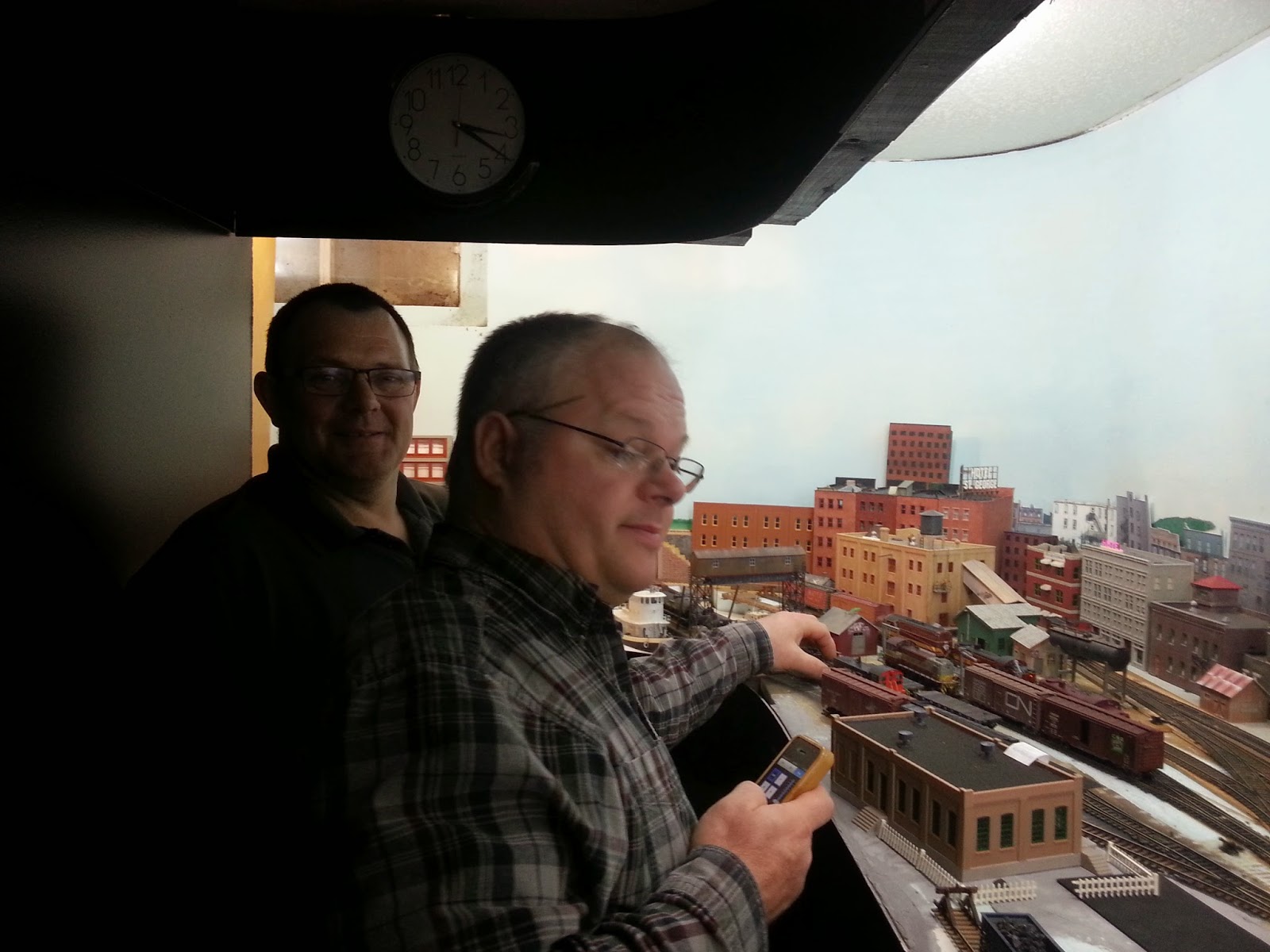 Finally, our Al gives their Al a and in Chappelton.  One Al looks happy, while the other Al looks slightly annoyed at something....I hope it wasn't me!