You Don't Mess Around With Jim.

One of our newest operators, James, came to us in September of 2014.  He got in touch with me through Great Hobbies and tagged along with us to his first operating session shortly thereafter and stuck around ever since.

His layout has been in the planning stages for quite some time.  Most of his building kits are unembarrassed as he moved a lot with work.  His benchwork is fully modular and moved with him (he built several upon arriving in PEI as he says he is here to stay).  I have seen some of the models he has painted/kits he has built and they are very good to say the least.  James is a great modeler!

Here are some shots of last nights work session at his place.  This was the second time I was over, but for the other guys, it was the first.  Derwin, Scott and Ray made the trek down from the Summerside-Kensington area, whereas myself, Chris and Dave came from Charlottetown-Cornwall.  All in all it was a fun evening and I think we were able to give him some sold ideas. 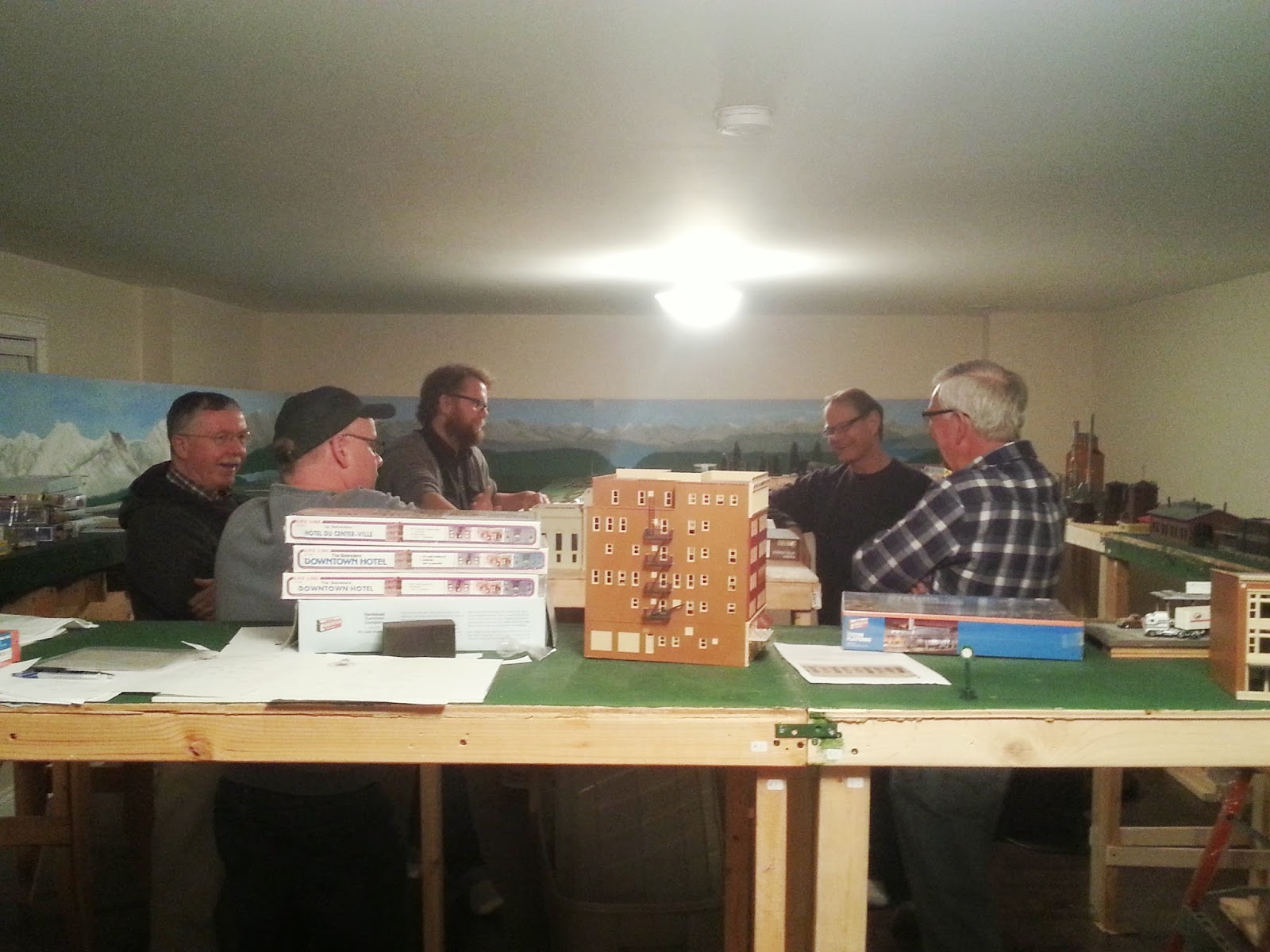 His layout room is quite nice, not to mention big.  His work area is also huge and filled with boxes of locomotives and rolling stock.  This should be a nice layout. 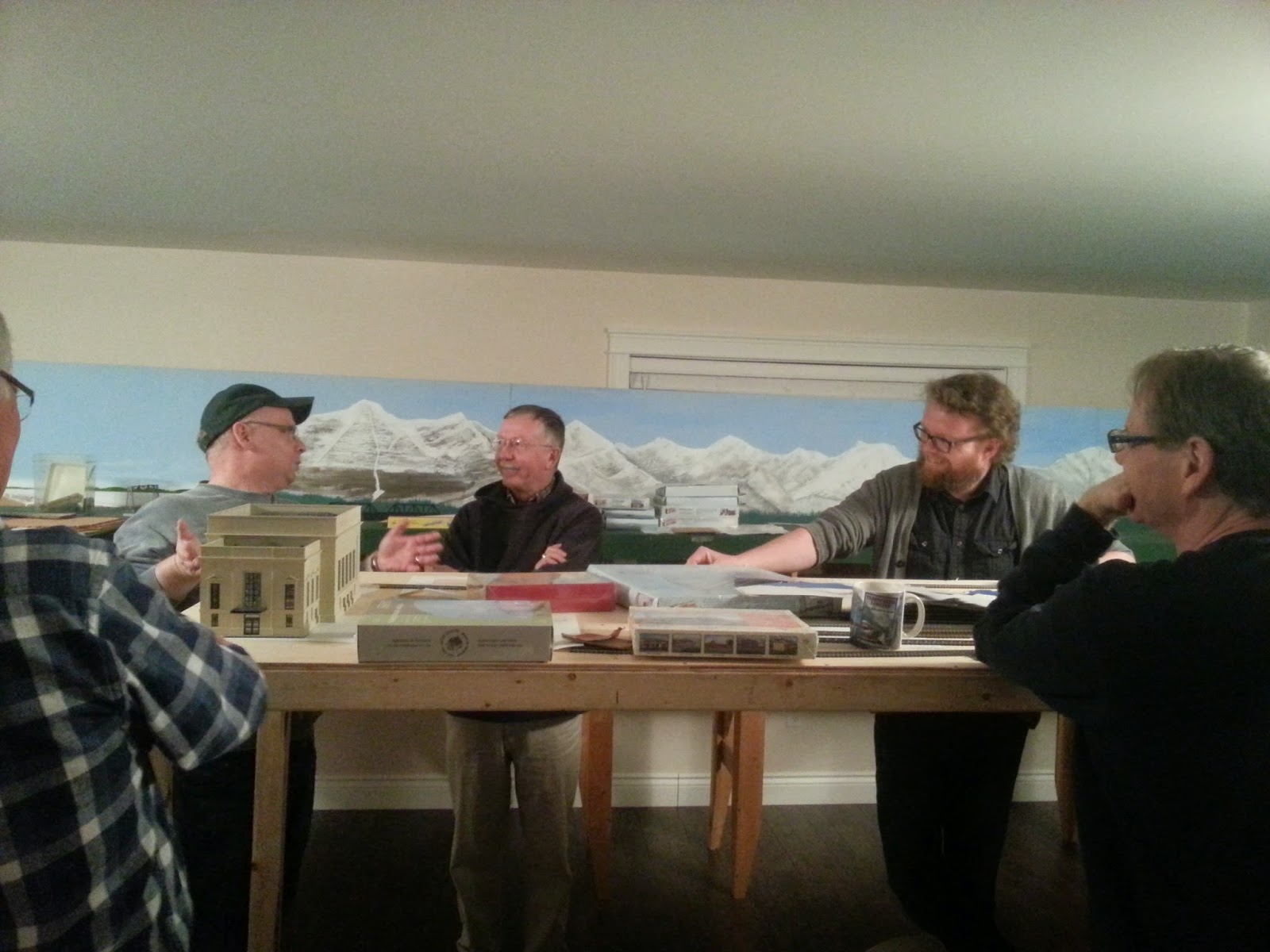 Looks at those handpainted mountains!  They really turned out good. 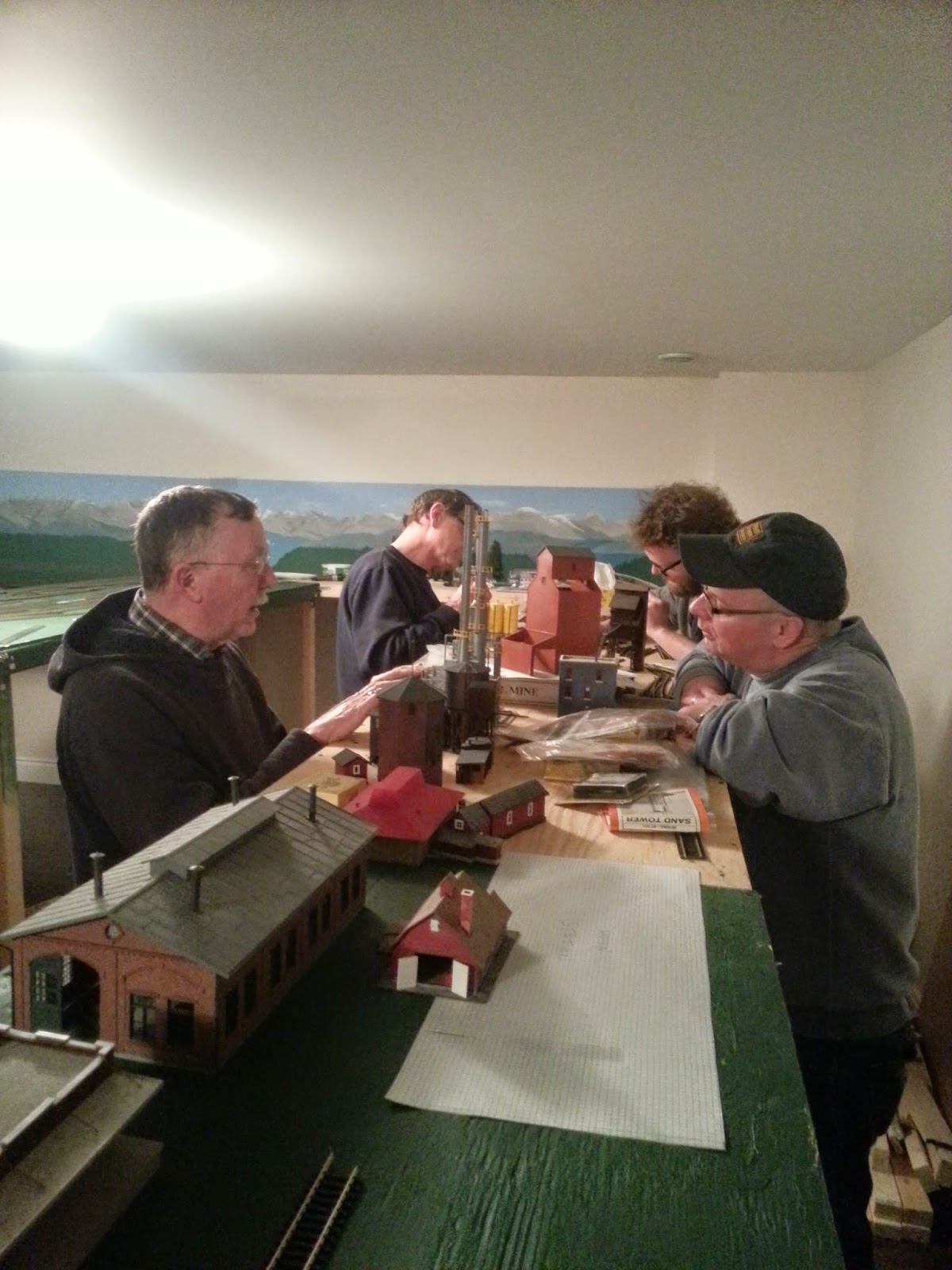 Scott actually broke something!!!  That's usually a task shared between Derwin and I, so we were all quite "shocked" when he caught an assembled transformer with his sleeve and sent it to the floor.  It was an easy fix, but the town of Jasper was out of power for several hours. 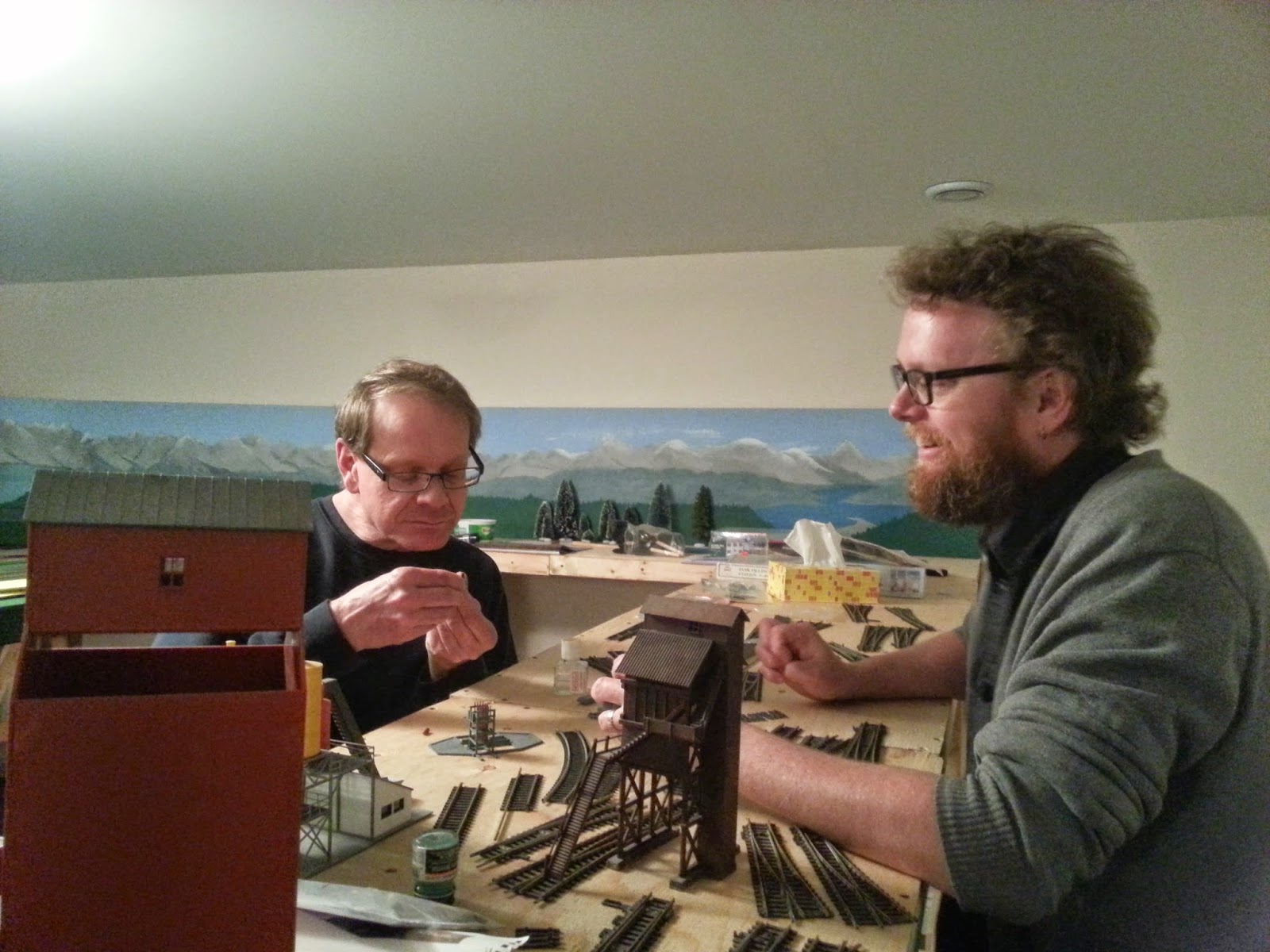