Back on October 10th, while both caught in the midst of building the very first "proper" CN RSC-13 known to HO scale*, Chris and myself decided to take a break and have a small operating session. With a now up and running N scale layout right behind the dining room table, it was understandably tough to plan the build and talk about future rapid prototyping projects with it luring us in. Eventually we both caved under the pressure and took a break.


*in fact, there are only three RSC-13's known to exist in HO scale, with the other two being in CNR Green & Gold, both consisting of a stock, renumbered RS-3 riding on modified Atlas RSD truck towers with Miniatures By Eric brass sideframes. 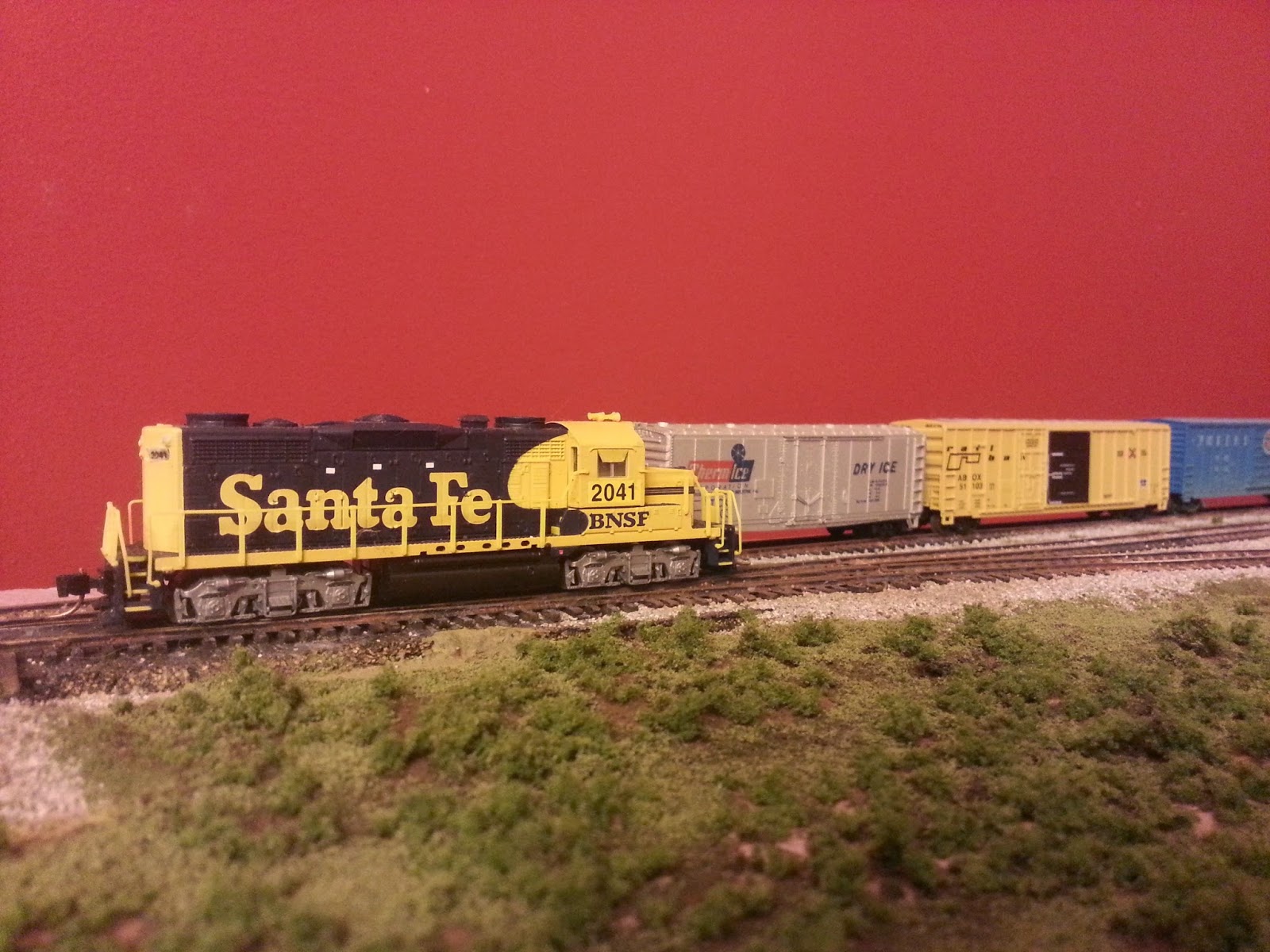 A Proto GP9 sporting a patched Santa Fe paint job is close enough to PEIR roadpower for me. 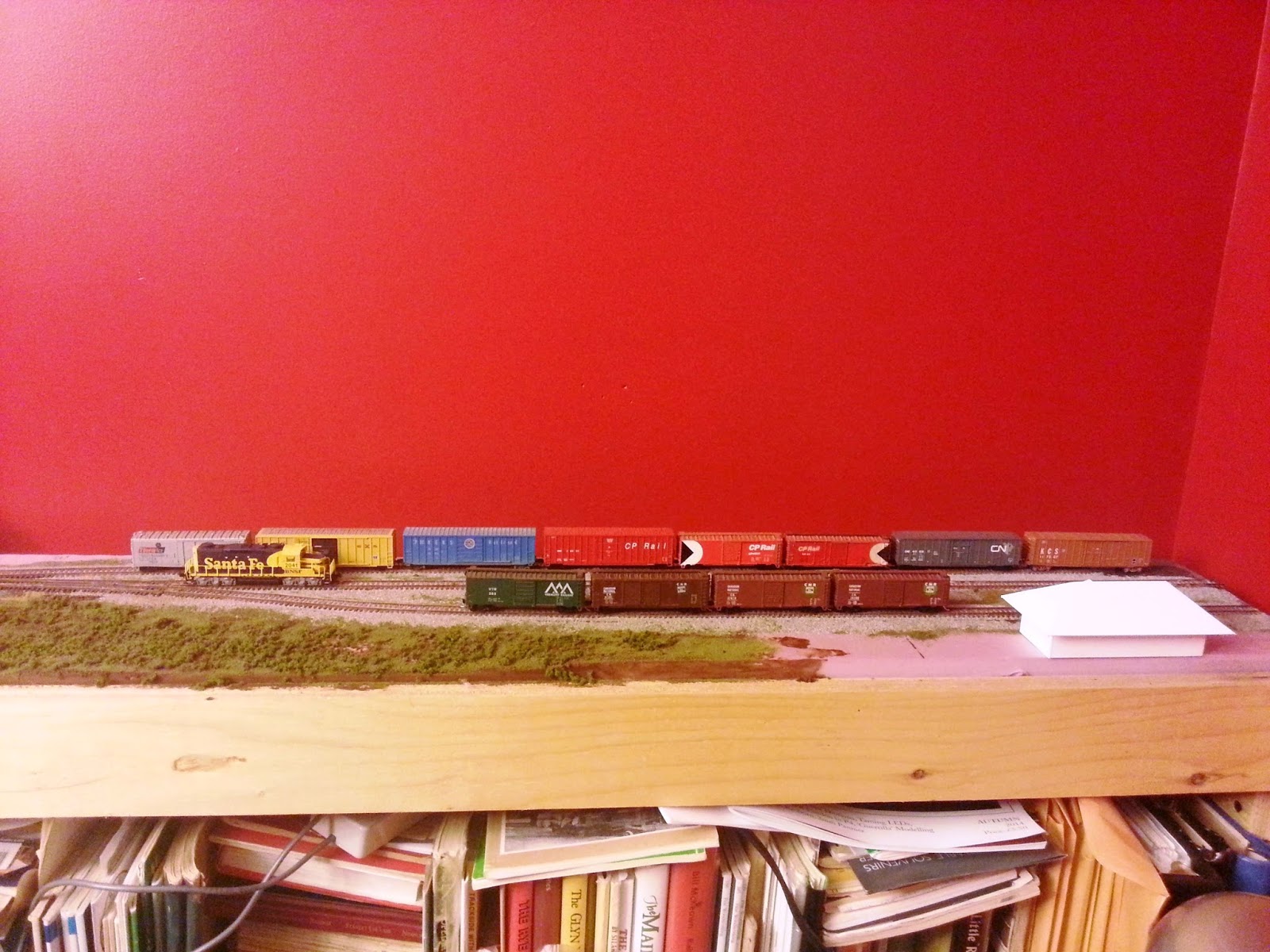 The task at hand was to pull the string of four (now loaded) boxcars on the track in the foreground and replace them with four empty cars from the back track. 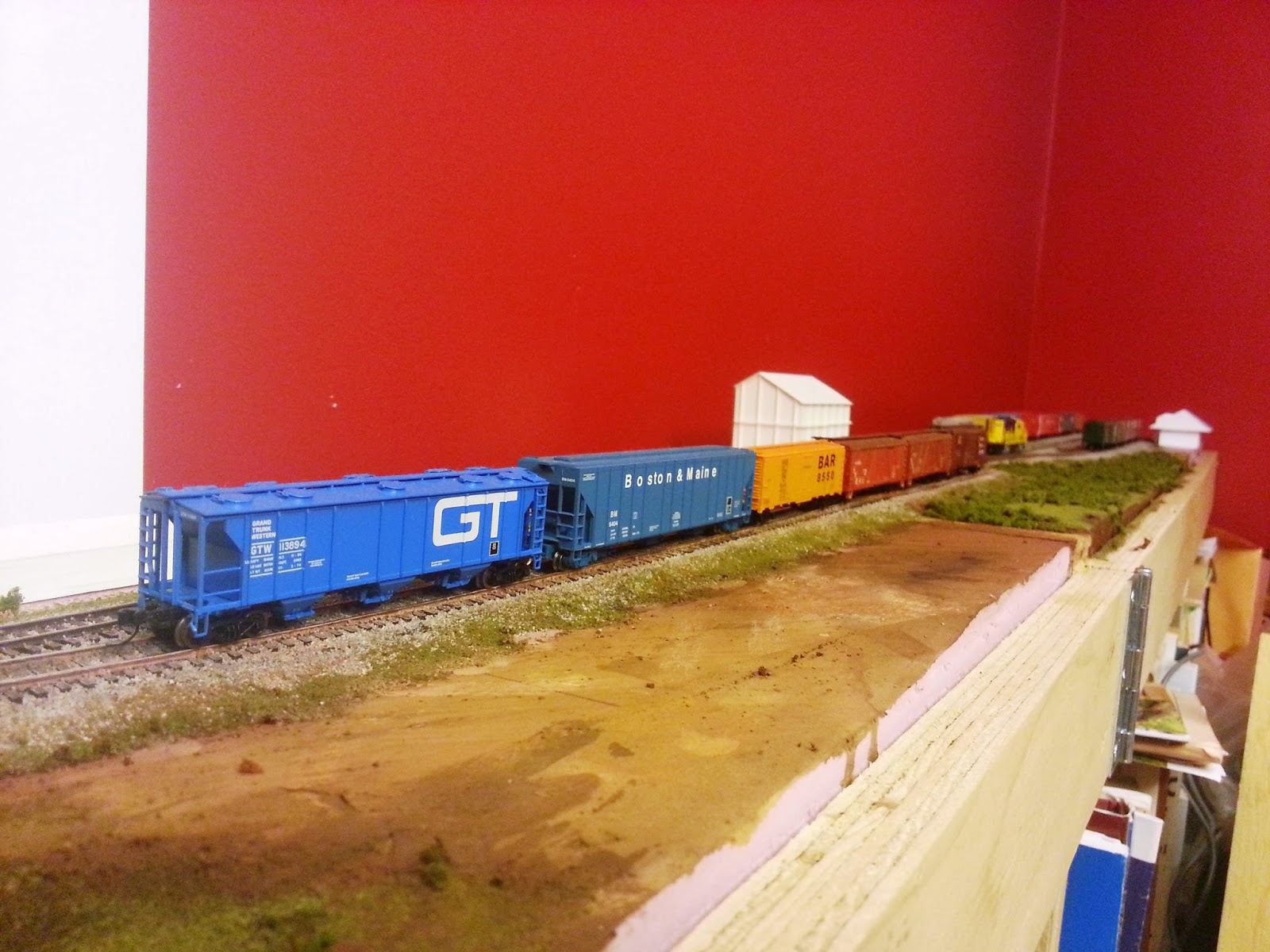 The cars in the foreground were simply pulled from the yard to allow us to use the center track as a build track. 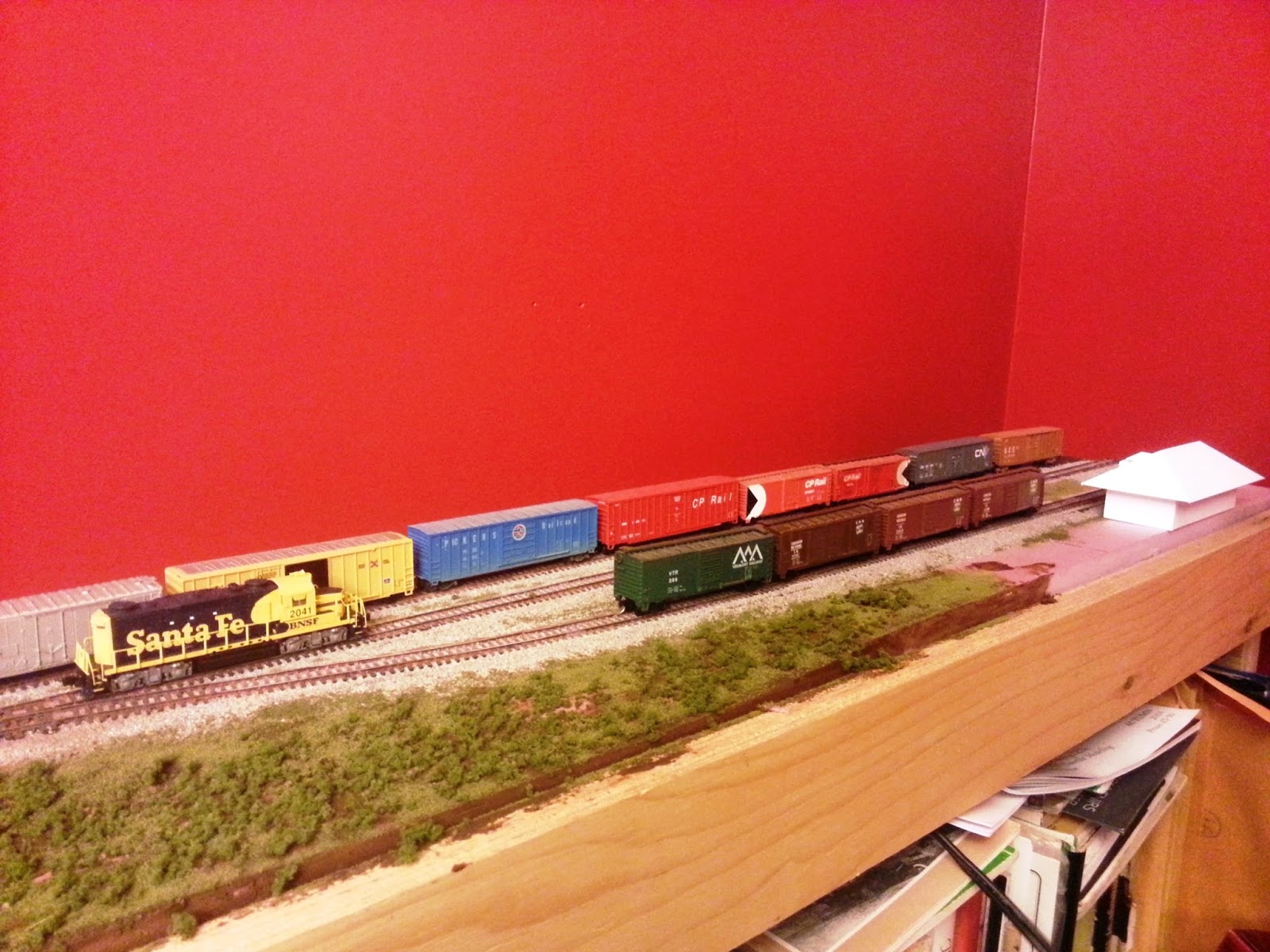 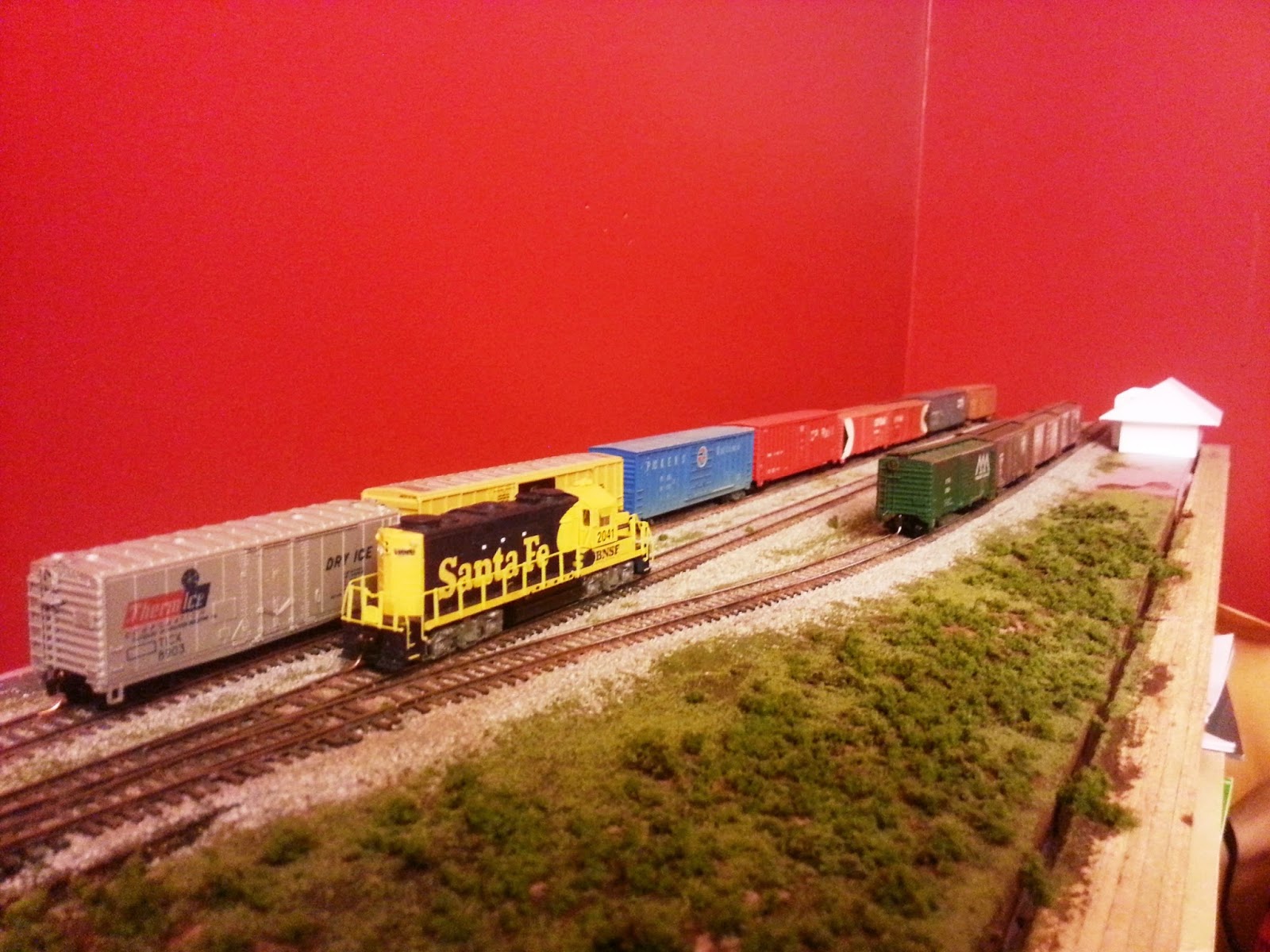 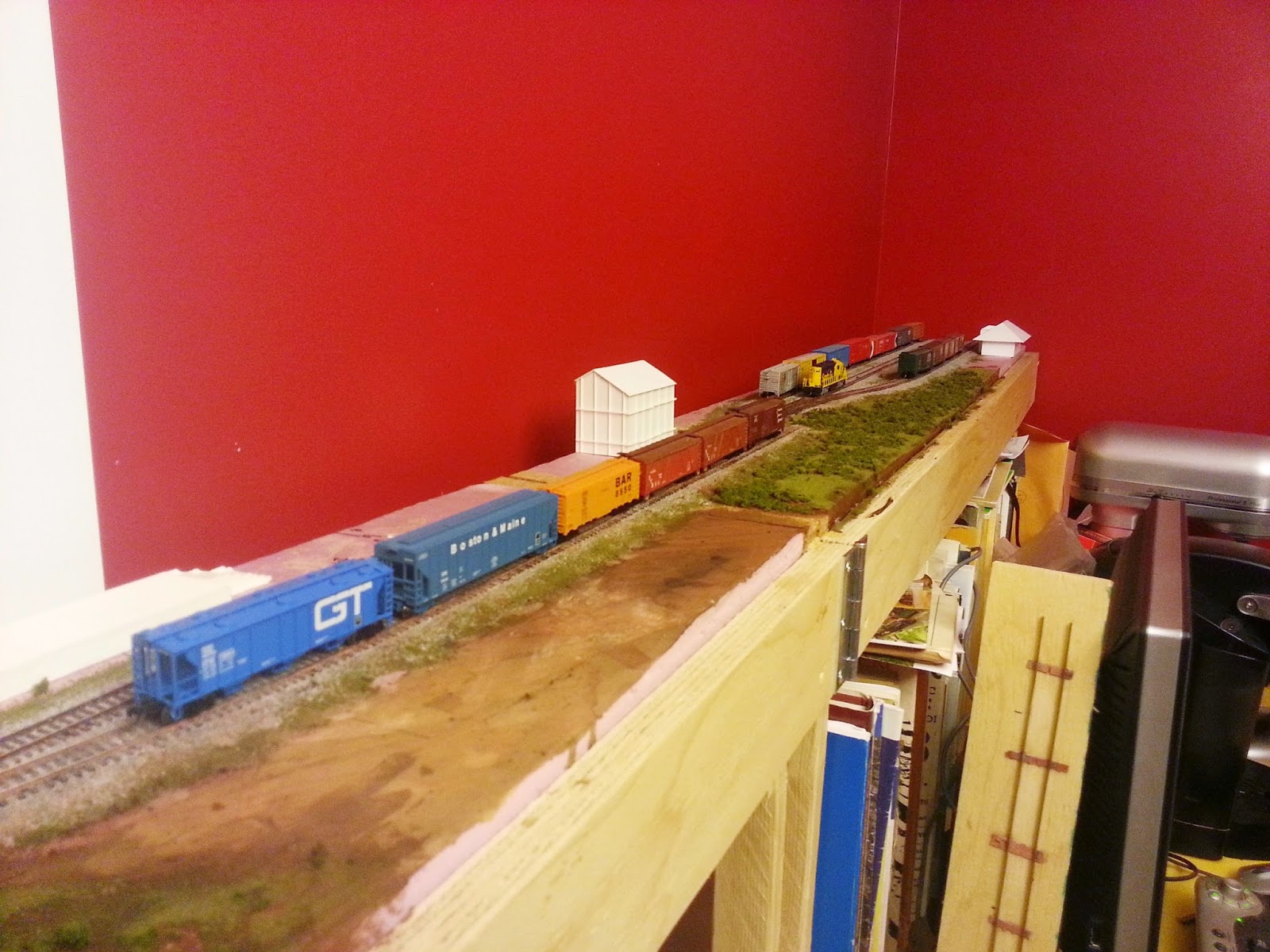 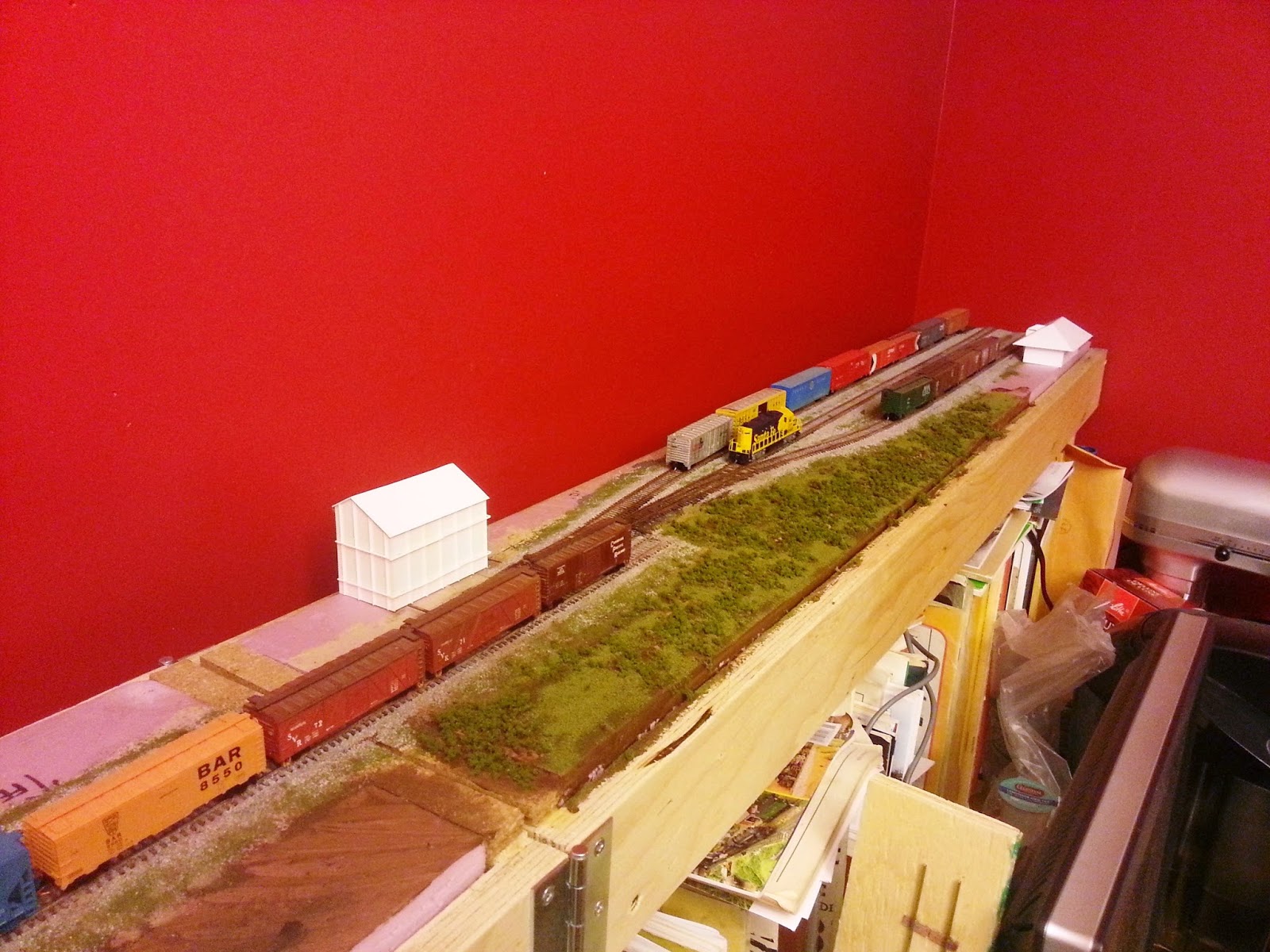 As you can see, Chris's modular style layout is only 8 feet long, but since he is using N scale, he can fit a lot in.  All of the track is handlaid Code 70 rail from Microengineering laid on a combination of wood and PC board ties. 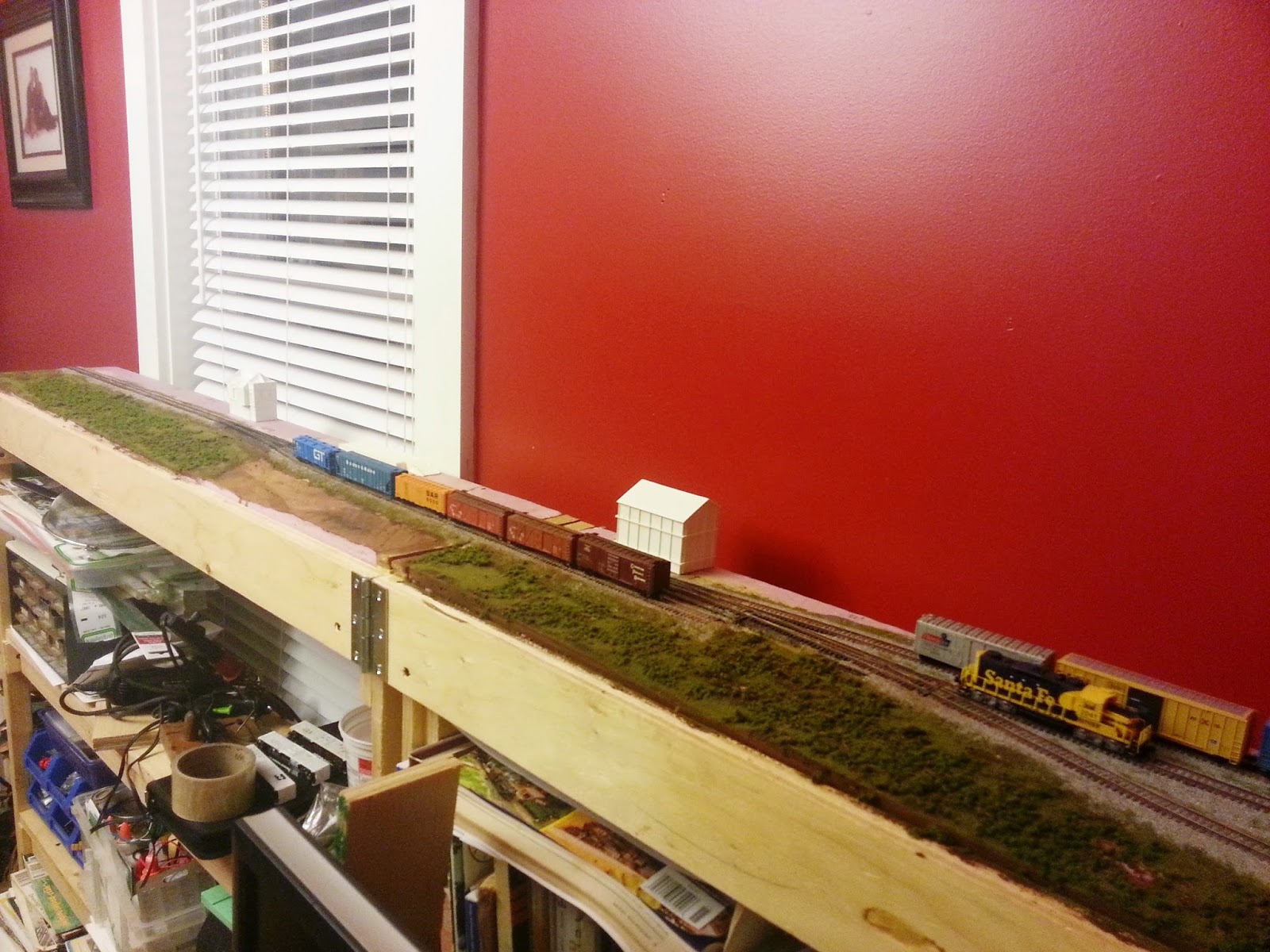 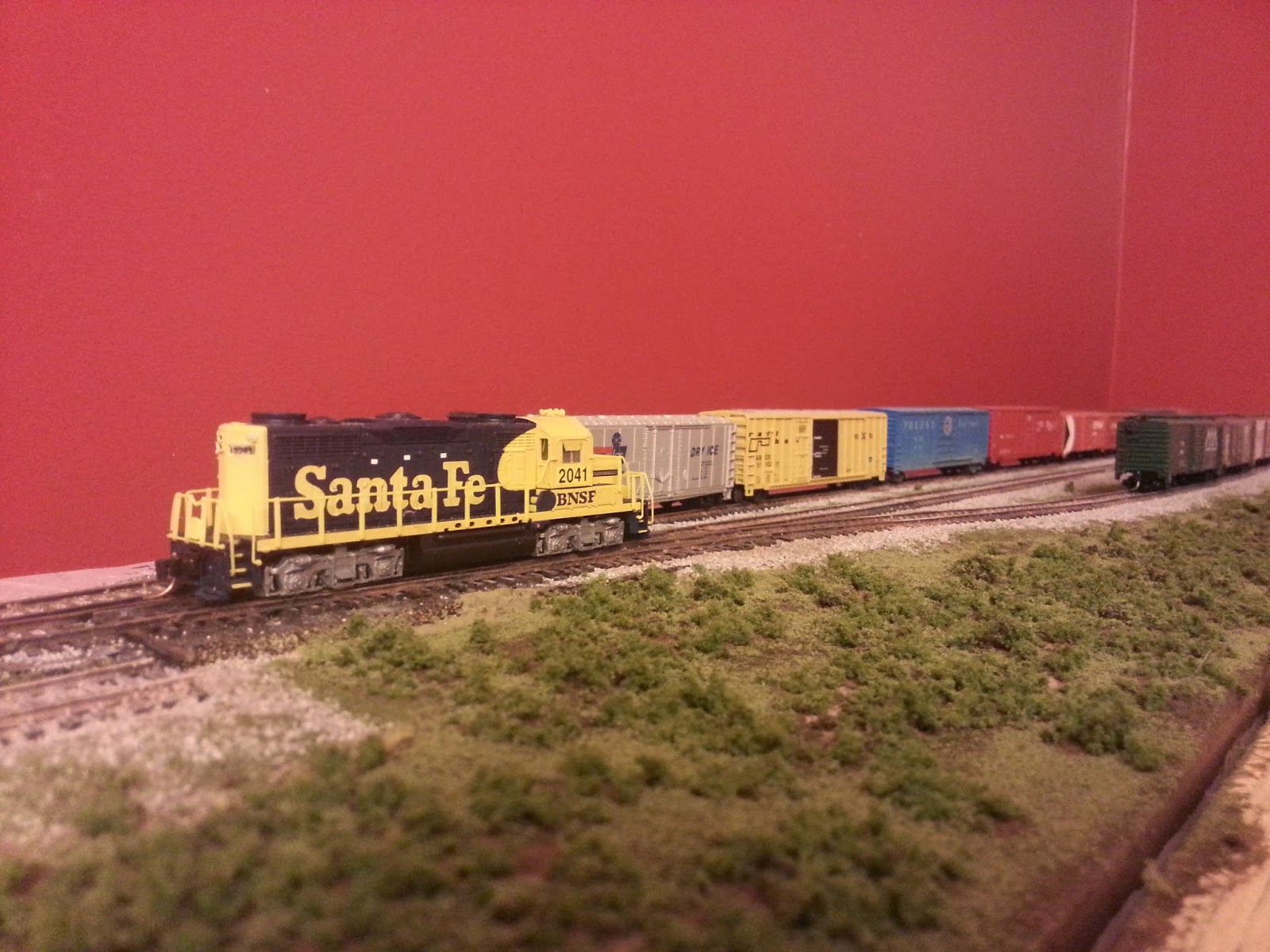