After a tip off from Chris at Prince Street, I decided to go see two old pre CN stations along Route 2.  The only stations I had ever seen before were Borden, Kensington and Charlottetown but I can not add Fredricton and Royalty Junction to the list. 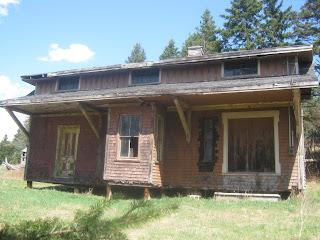 The Royalty Junction station was moved to Greenvale, PEI, presumably after CN left in 1989.  Royalty Junction itself is located between Route 2 and the Brackley Point Road, near Winsloe.  When driving through Greenvale on the north side of the highway there is a driveway with many birdhouses at the end of it.  I talked to the old man who lives there and he sells them.  It turns out that he moved the station there but it is no longer on his land and belongs to the neighbors.  It's only 25 feet from the highway but almost impossible to see through the trees.  For its age and lack of maintence it seems to be in good shape. 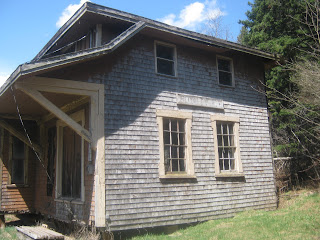 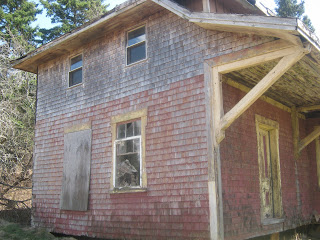 According to Allan Graham's book "A Photo History of the Prince Edward Island Railway" Royalty Junction station was built as a way or crossing station around 1874.  Unlike the other crossing stations it was built at the end of the wye, which was made up of a line south to Charlottetown, west to Summerside and east to Souris.  This meant trains passed on either side of the building, which resulted in the odd roof.  An additional level was added by the man who moved the station to Greenvale. 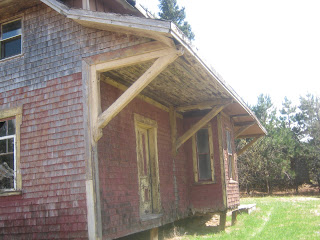 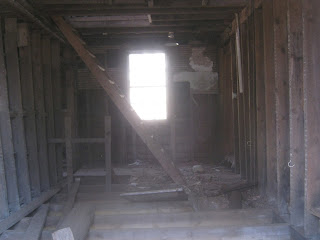 The Fredricton station is one of those buildings that looks like it won't survive the coming winter.    It is located in Fredricton, PEI on the Fredricton Station Road which is on the south side of Route 2.  As Chris said before, it really does look like they simply moved it back from the tracks and left it there.  Whoever owns it has been using it as storage, but half the  roof is completely gone.  In the below photo I am standing on the old railroad line. 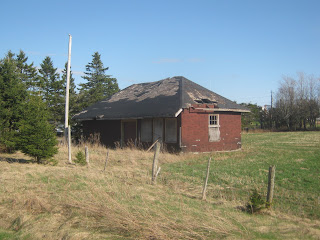 Again, Allan Graham's book lists it as a keeper's station which had a waiting room and a large freight room, which is clearly the case. 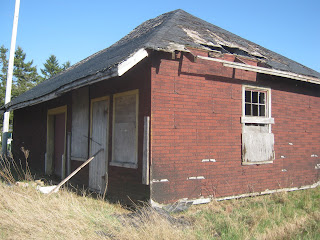 The floor seemed solid in the waiting room but I wouldn't go into the freight room as it seemed to be quite soft so I took a picture from the doorway.  The building looks a lot worse off on the inside than the outside. 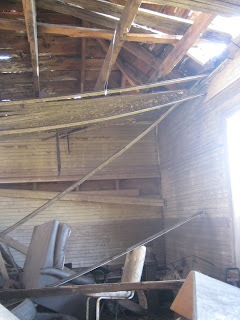 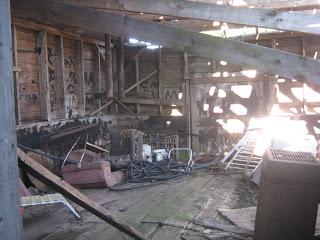 Next week on my way home from work I'm going to try and find the York station, which was owned by the Schurman Building Supplies family before the Irving's bought them out.