I did a little more reading in Allan Graham's book and found that the former PEIR station in York was a "keeper's" station, much like Fredricton.  The station was expanded in 1902 by M.F. Schurman with an addition to the freight shed. For those interested, Schurman's was an Island owner chain of hardware stores and lumber yards.  Kent (part of the Irving "empire") bought them out in the early 2000's.  They once had businesses along the tracks in many places.  Their former Charlottetown store on Longworth Avenue butted up against the tracks, as did their store in Kensington.  There are probably other's I'm missing by it seems as if this wasn't by coincidence as they probably once shipped or received goods by rail. 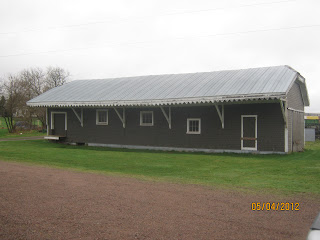 I was completely expecting to see a run down building but its in very good shape.  I'm also amazed at how I never noticed the station from the York Road before.  I've driven past it dozens of times before and it's no more than a hundred feet from the road. 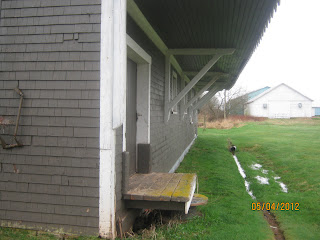 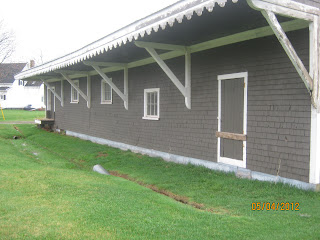 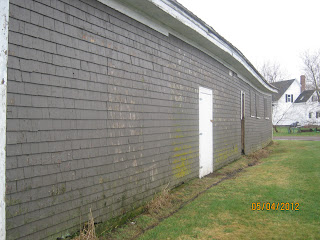 Here's a direct quote from Graham's book, as I can't explain it more perfectly than this:
"The station at York is a very plain building with a wide overhand trackside.  It was unique in that it contained living quarters for a caretaker and his family.  Besides the ample freight shed at one end and the waiting room at the other, there were in the middle, two bedrooms and a large living room where the ticket office was located.  A lean-to kitchen was built on the back and the long attic could be used for sleeping quarters.  Supplied to the caretaker were coal, brooms and soap.  The York station was moved back from the tracks in 1964 and used to store hay."

It looks as it is still used for storage.  Something I found neat is the names etched into the wood siding near the baggage door.  Some of the dates were quite old. 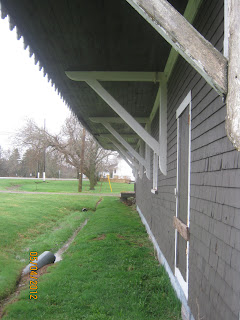 Looking towards the York Road from where the station once stood. 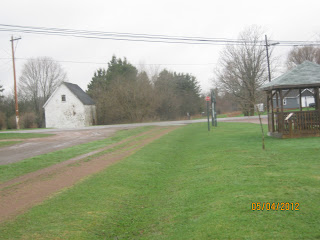