Even though the Moncton show is held every Easter weekend, this was the first time I was in attendance.  For me, this was a big trip.  I had a lot of fun with some great friends, bought a "few" things, and got to see some very fine models.

About a month before the show, I began work on my UMG modules.  I put the "finishing" touches on them the night before I left for Moncton.  After a bit of tweaking on Good Friday, my modules performed quite well.  I do need to tweak a few of the turnouts however before the Truro show in the fall.  By early Friday evening, the layout was up in running and we closed up for the night. Afterwards, we all headed over to John "Jack" Straton's for an operating session.  This was the first time I had seen his layout and needless to say, the fifteen or so of us were crammed in there quite well.  I was paired up with Ronald Grandmaison to work an industrial area.  We took turns as brakeman/engineer but things were pretty congested.  We all had a blast nonetheless.  All in all, this was the largest UMG set up ever and looking back it worked quite well.

Its always fun to see the other guys in the MFMR splinter groups and these shows allow us to do just that.  This year I stayed with Luc Nowlan and Will Lawrence.  It was certainly a fun time from beginning to end and I look forward to doing it again next year. Luc plans to have his layout up and running by then and judging by his progress to date this will happen for sure.

All in all this was a fantastic weekend and I was glad to be a part of it from start to finish.  After this I am really looking forward to the other functions, such as the Truro RPM, Wolfville Convention and the not so distant Truro Show. 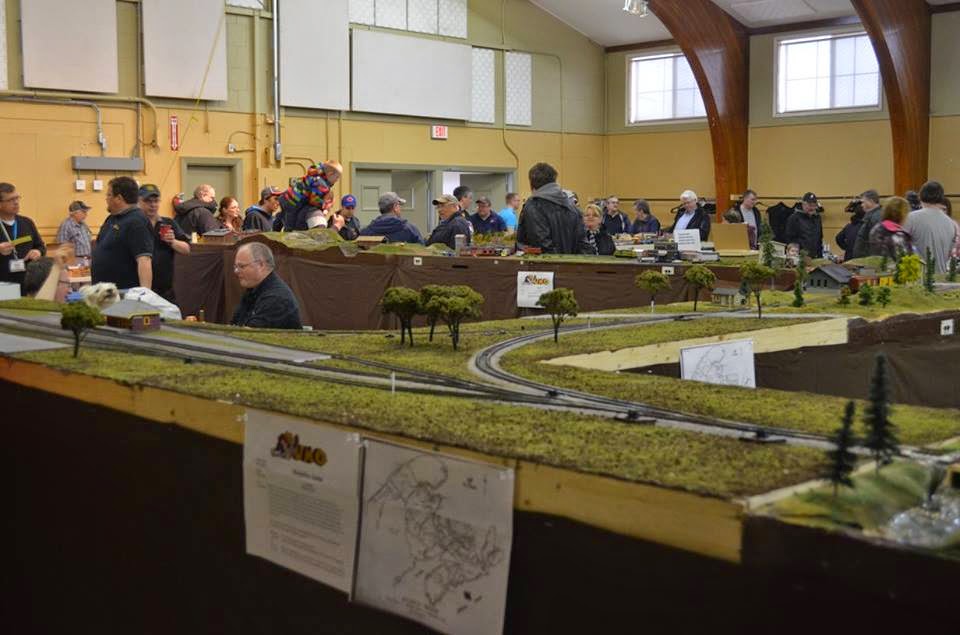 Some shots of my Matapedia modules on Saturday 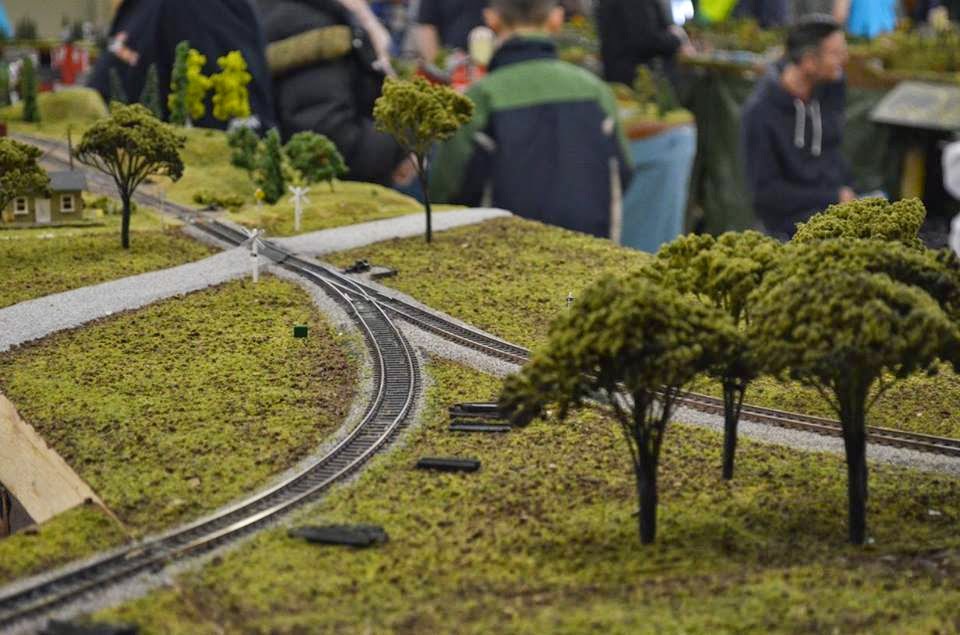 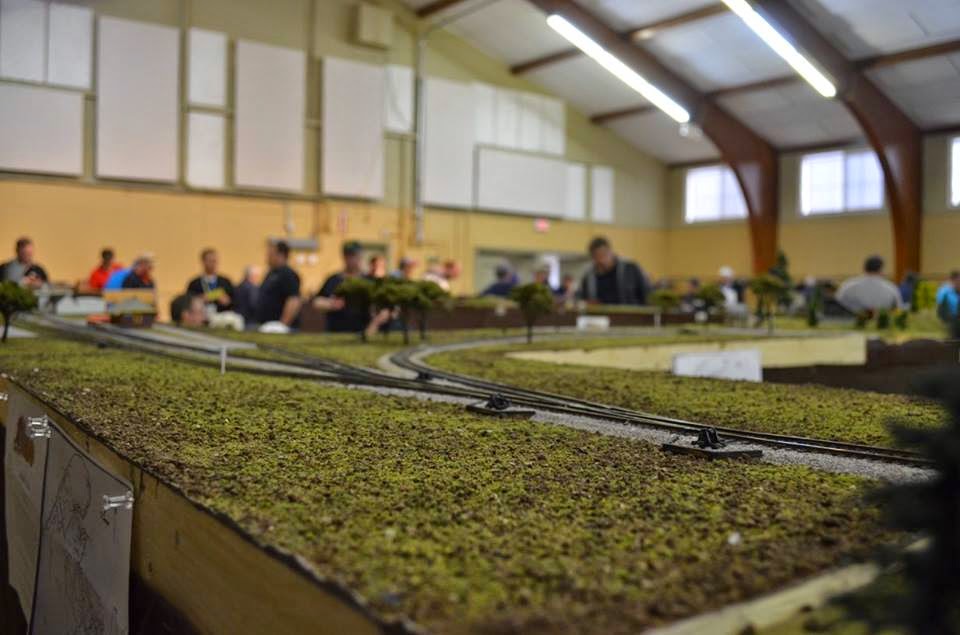 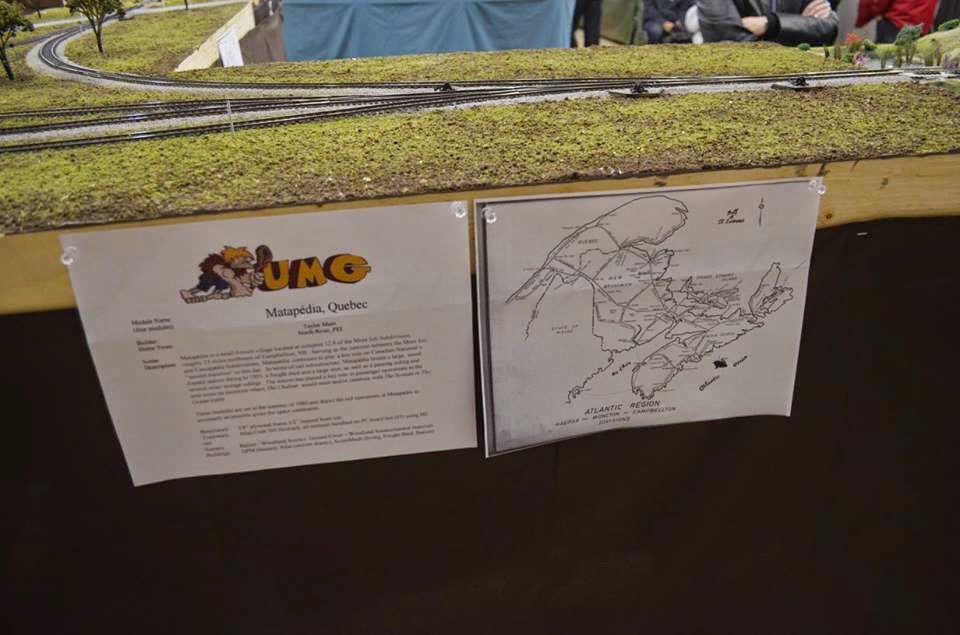 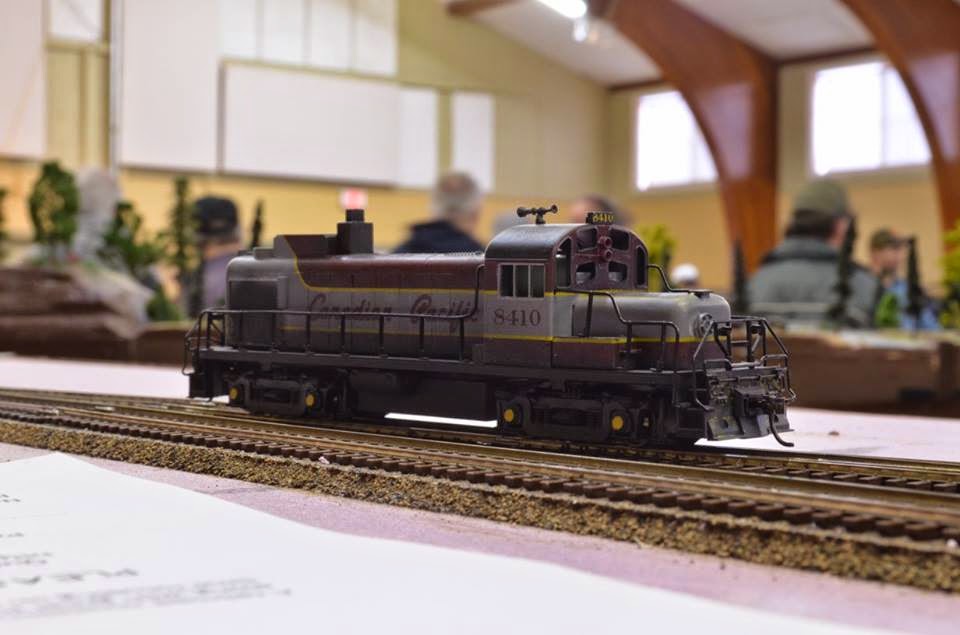 Some of my custom locomotives made it to the show (note no glass).  This belongs to Scott Jay 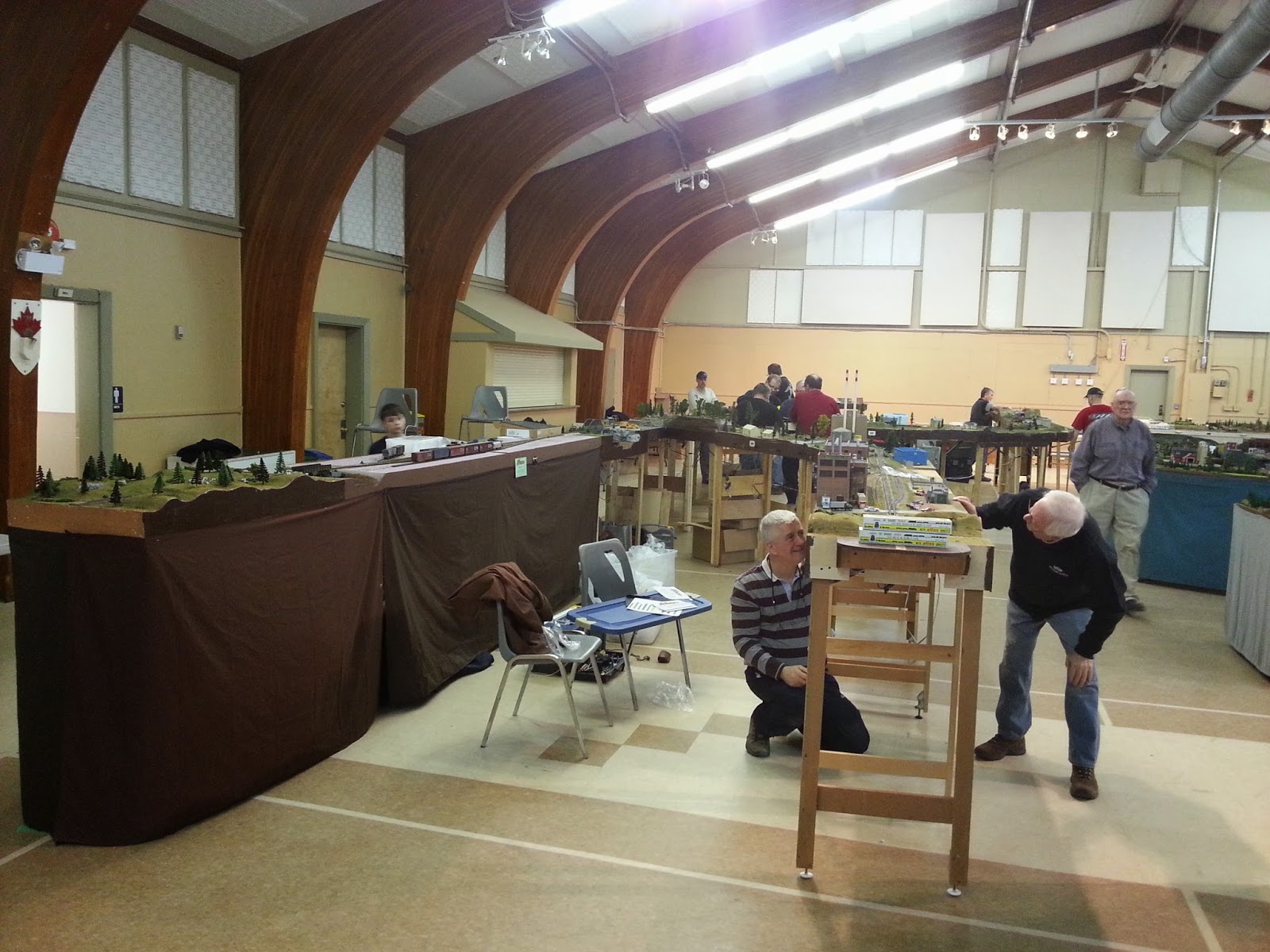 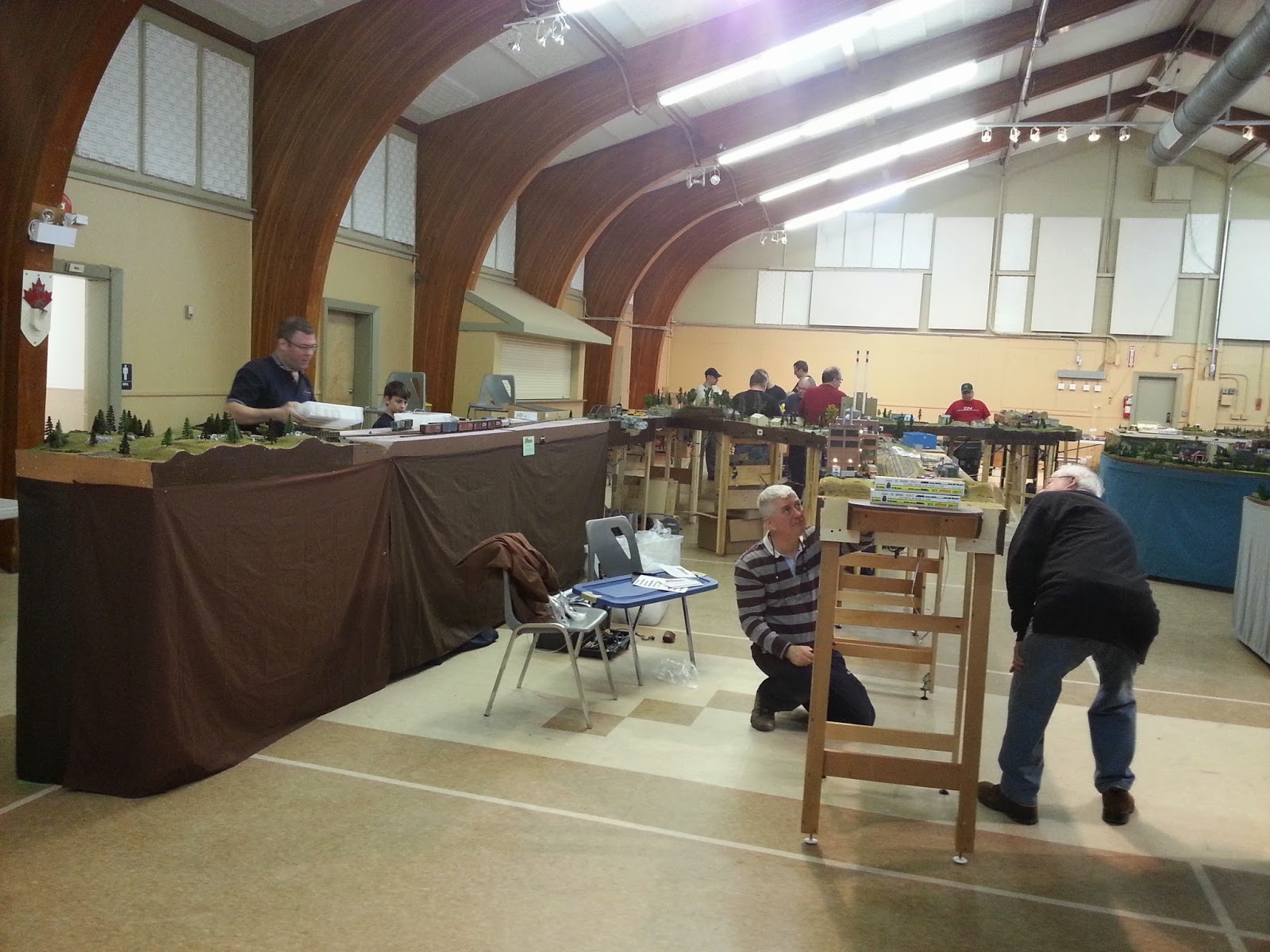 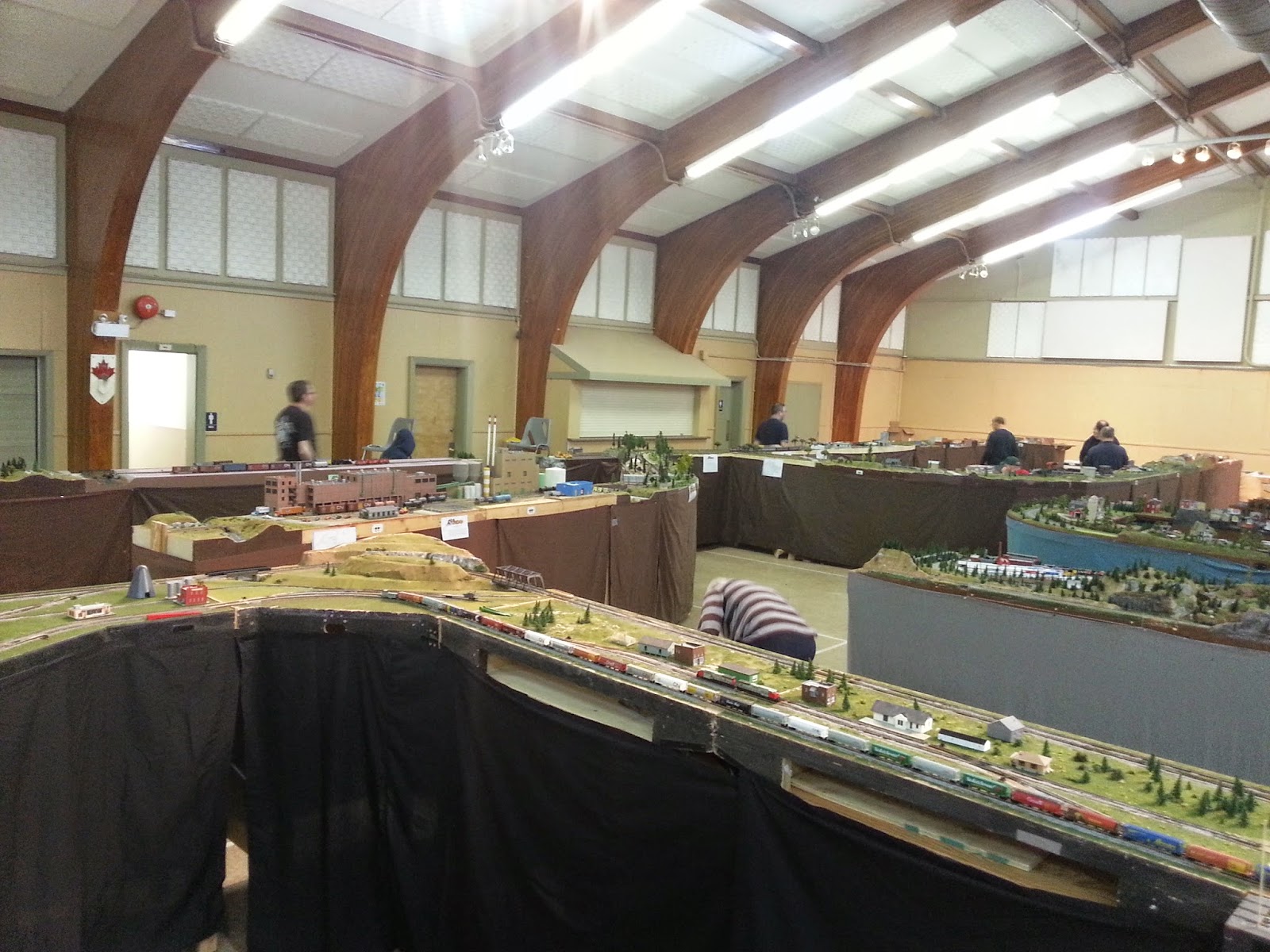 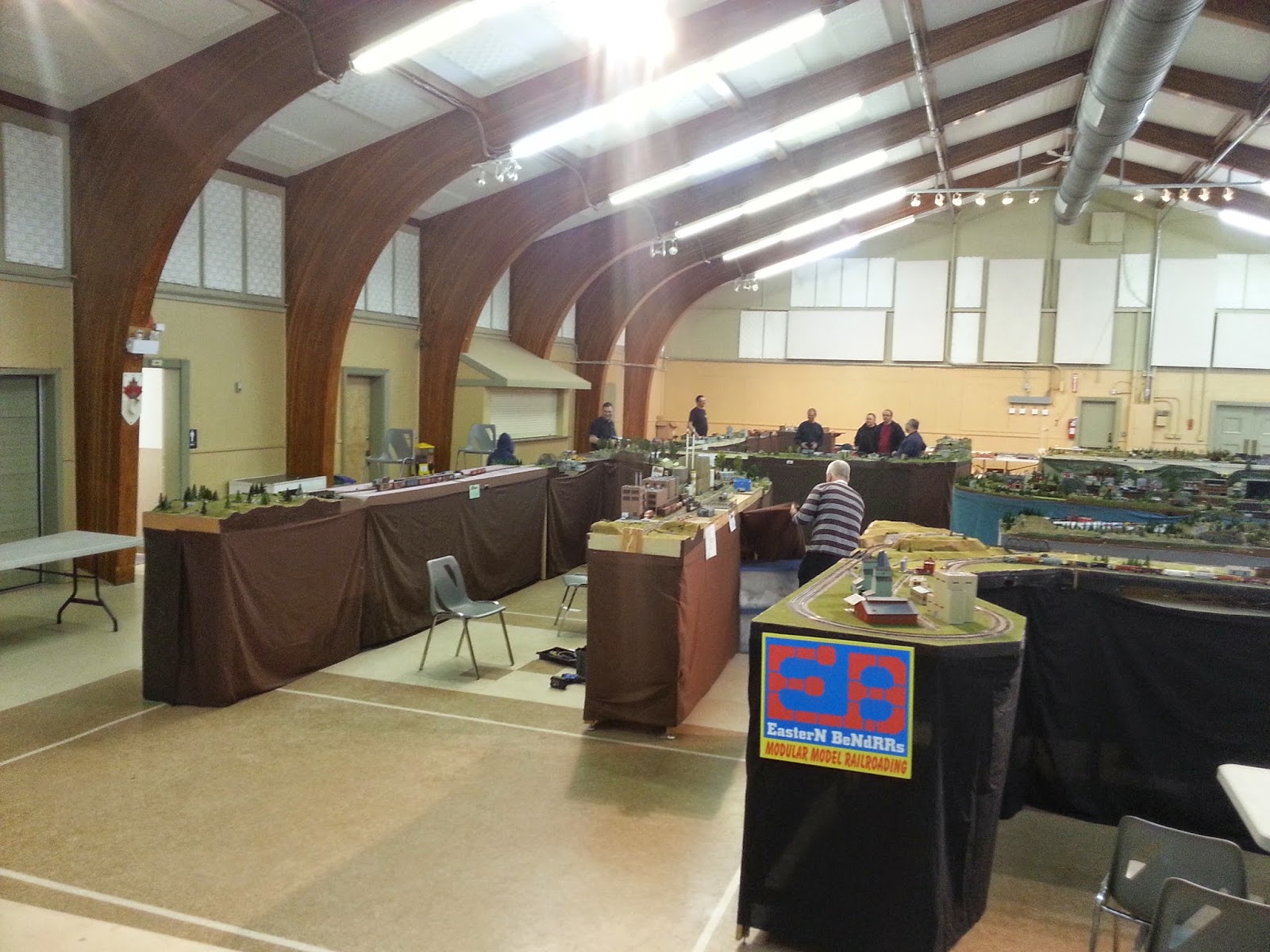 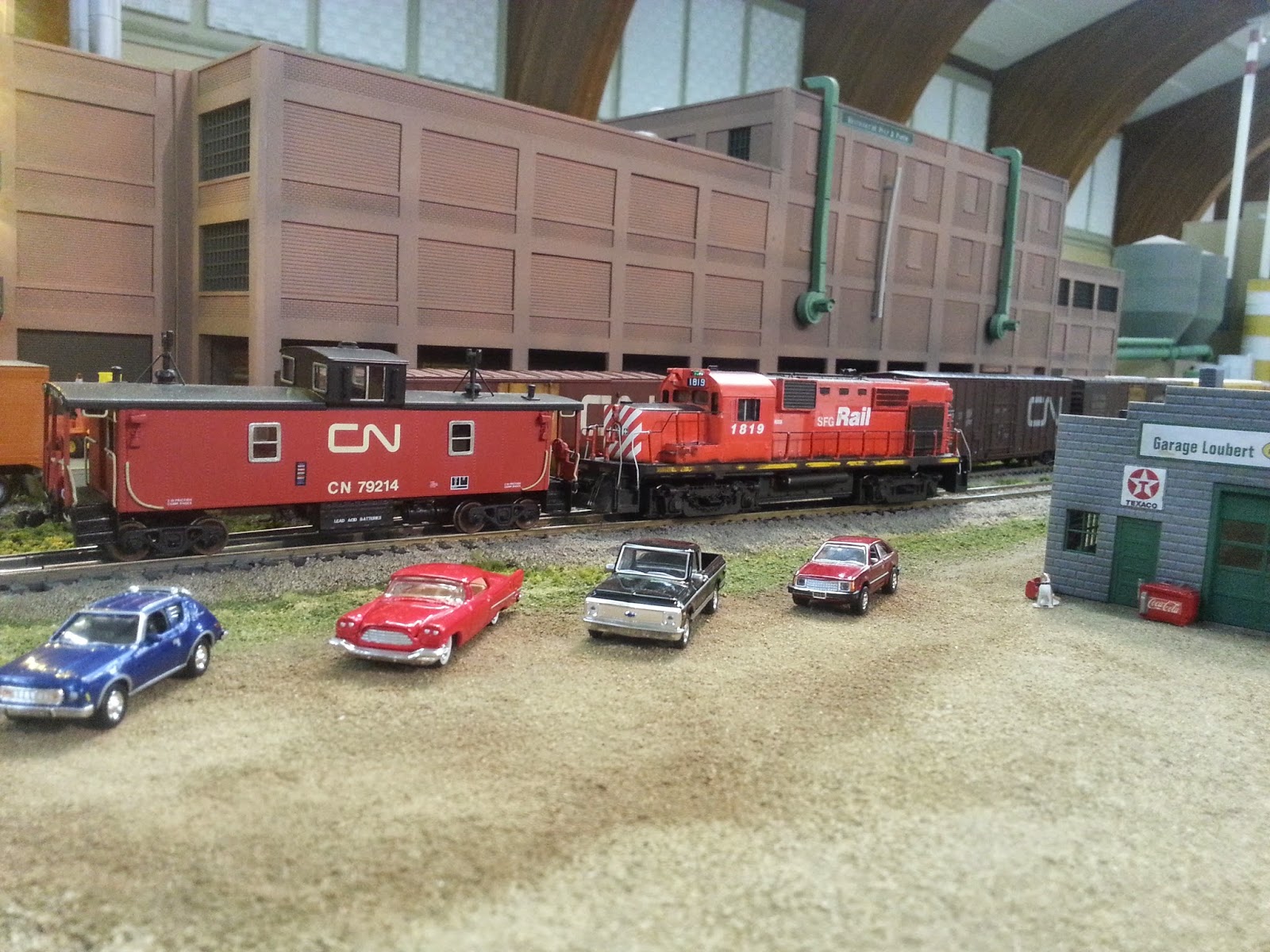 One of my custom locomotives, Gaspe Rail no. 1819, on Ronald Grandmaison's modules. 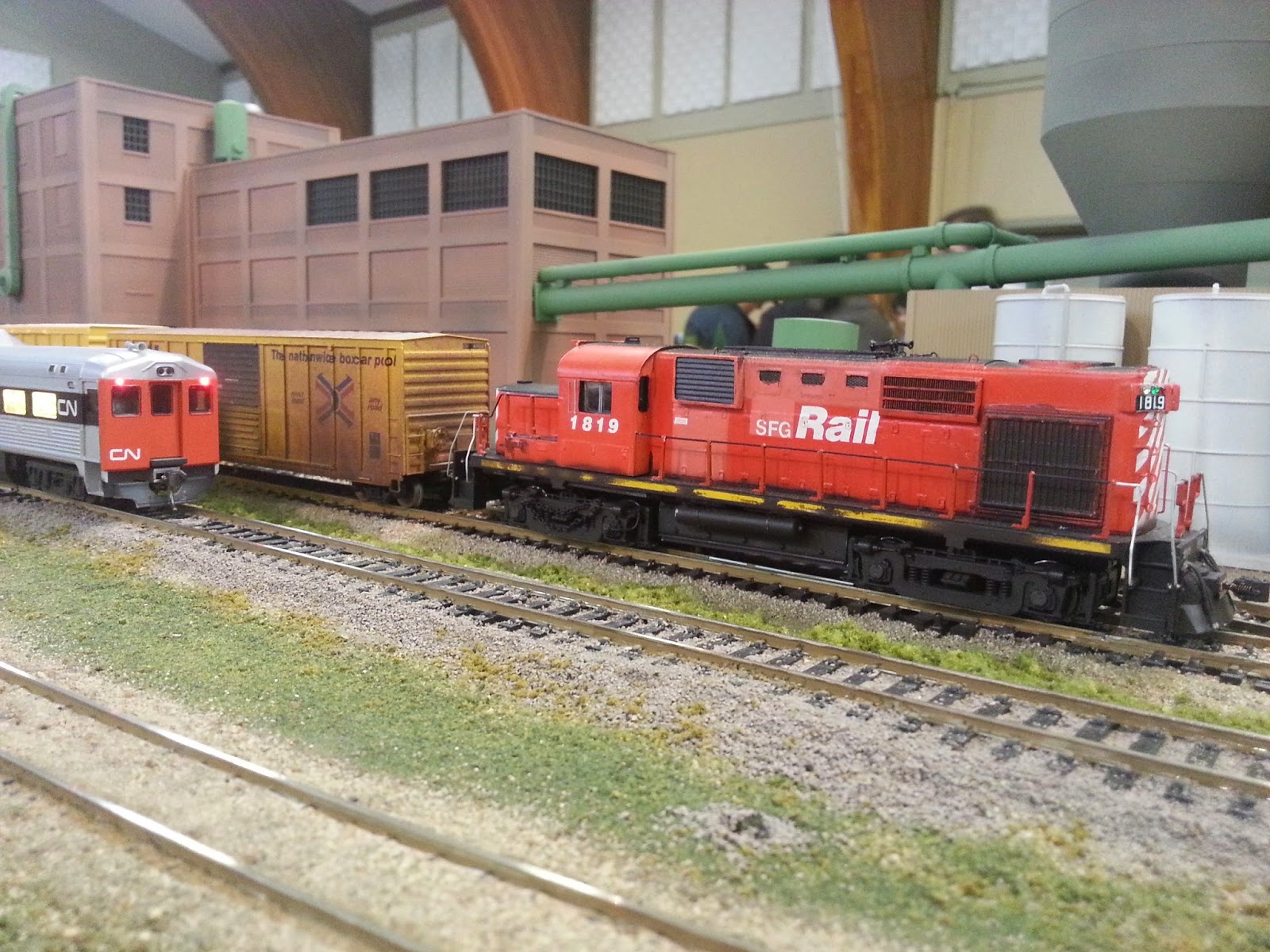 I love how Ronald did the marker lights on his railiner.  There is an article about it in the most recent Maritime Branchline 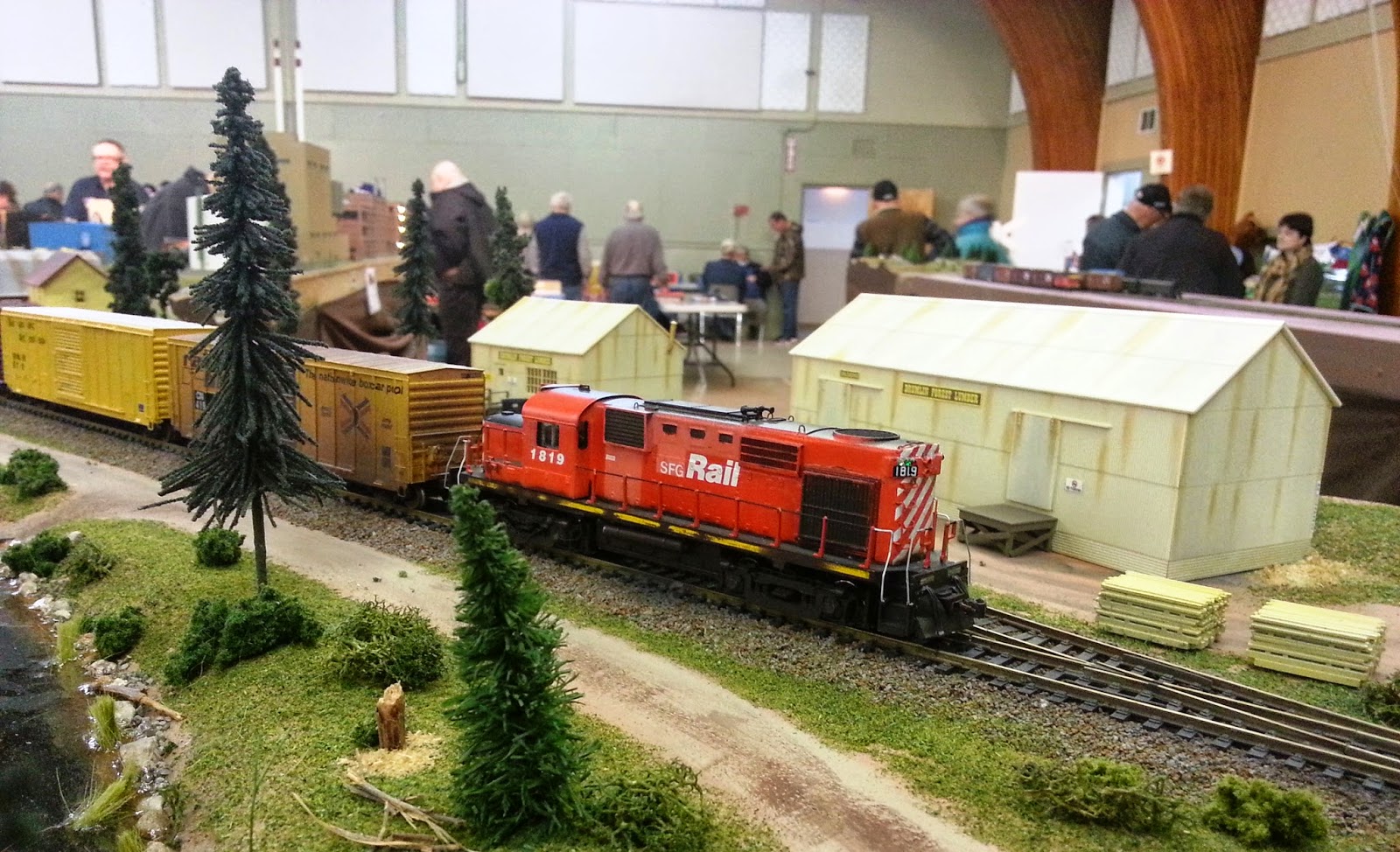 I believe these were part of Trevor Jones' fine modules. 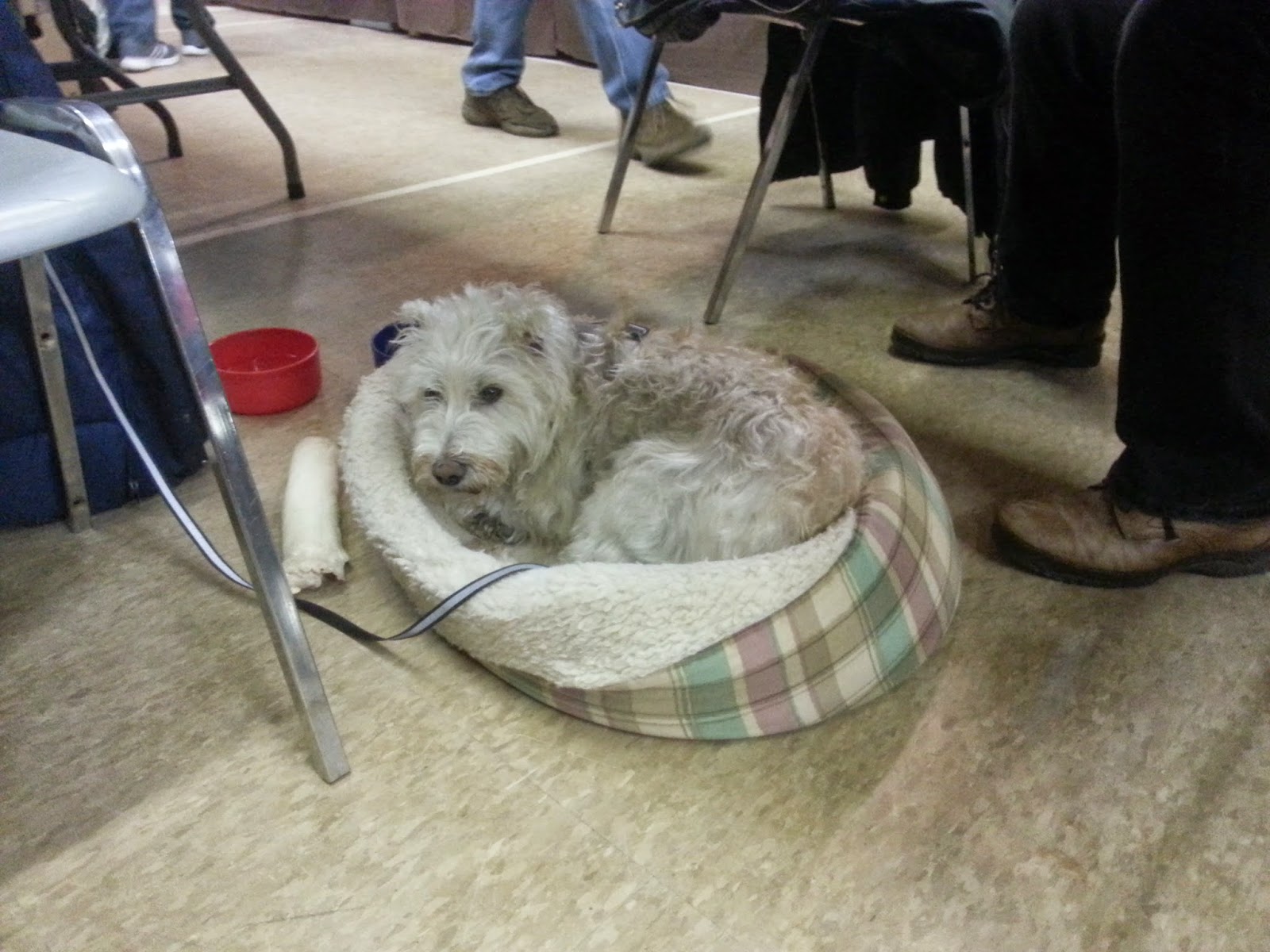 And Ziggy stole the show, as usual. 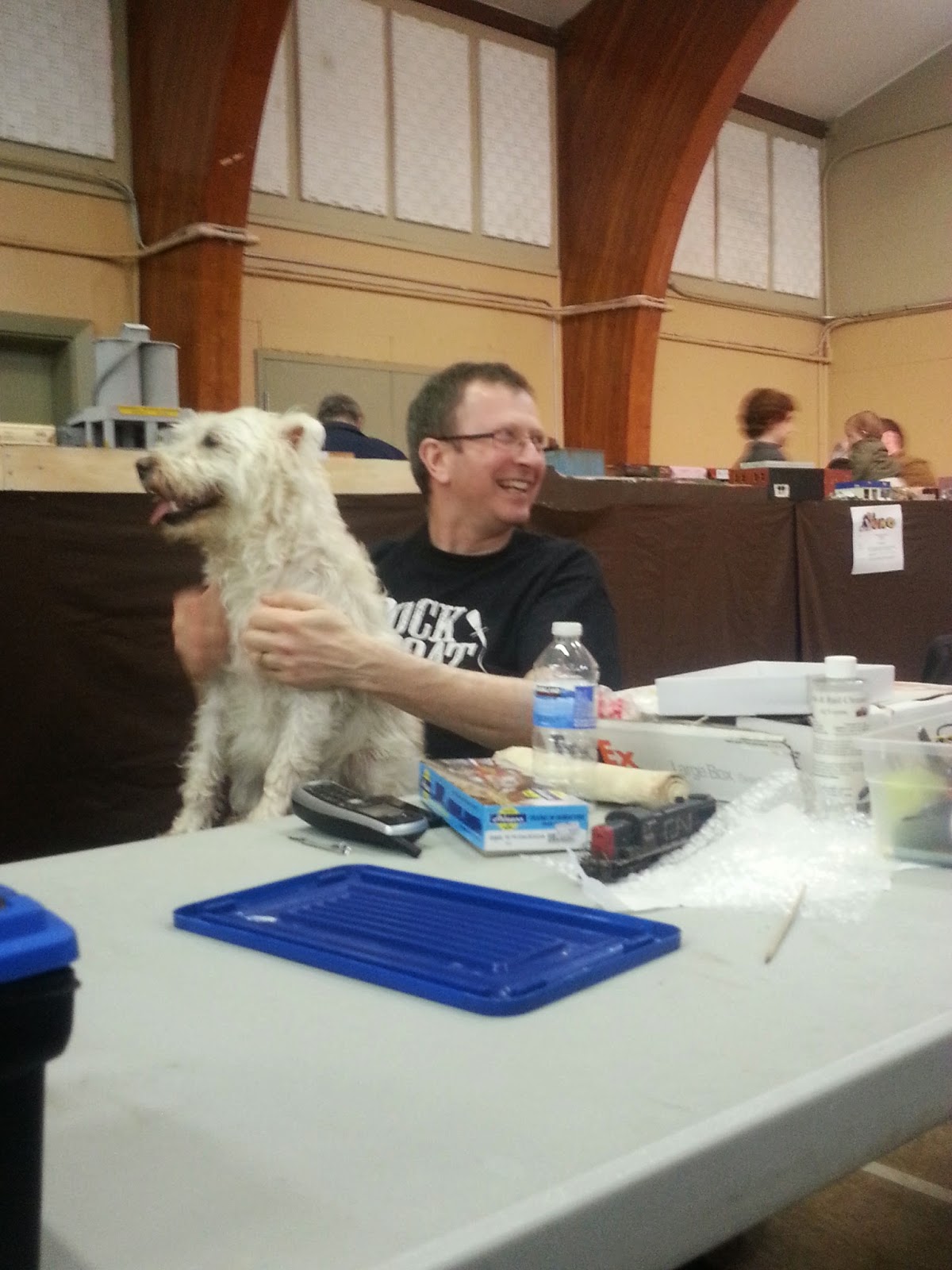 He is man's best friend after all. 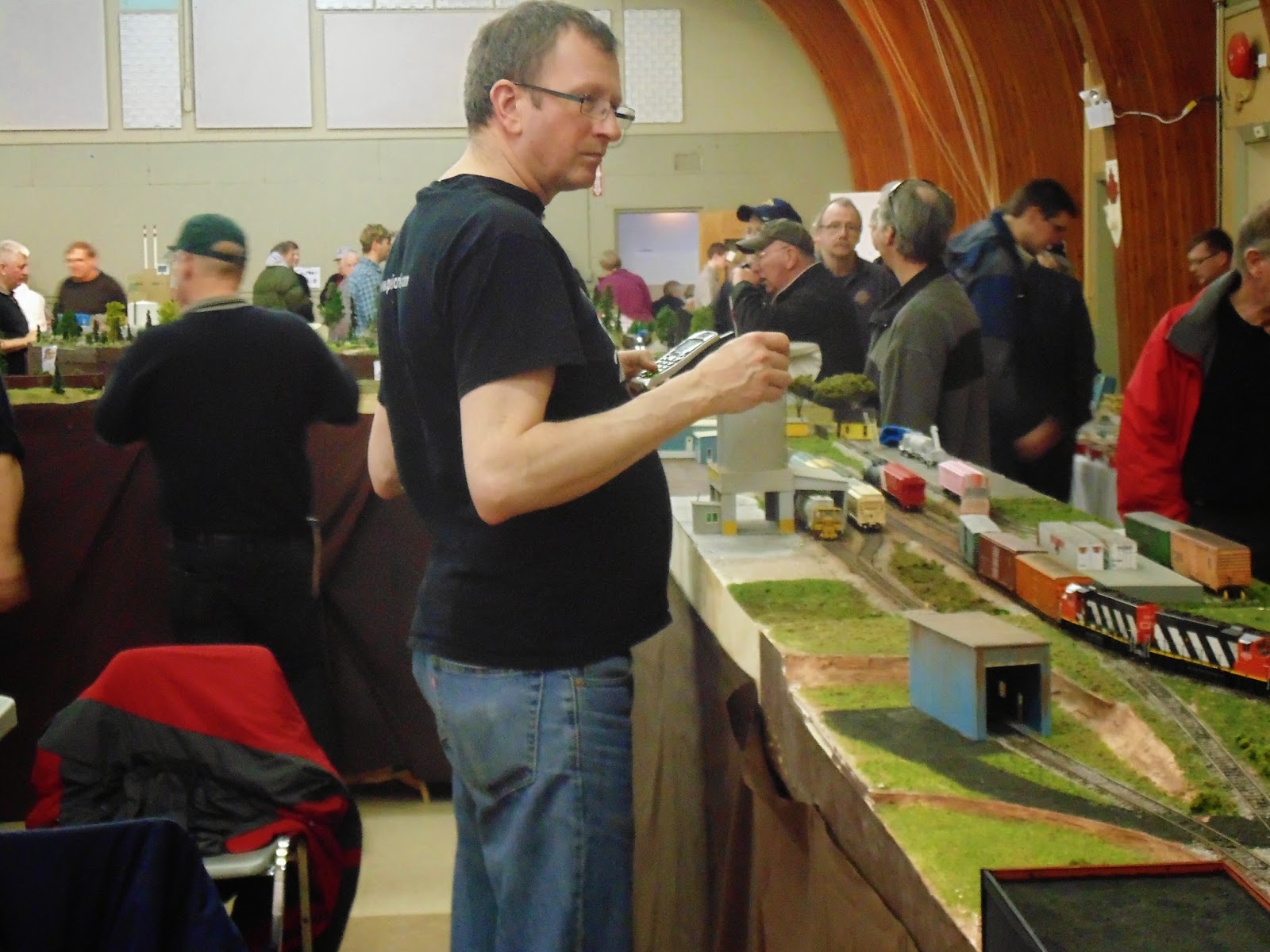 Ed does some shunting on his pair of modules 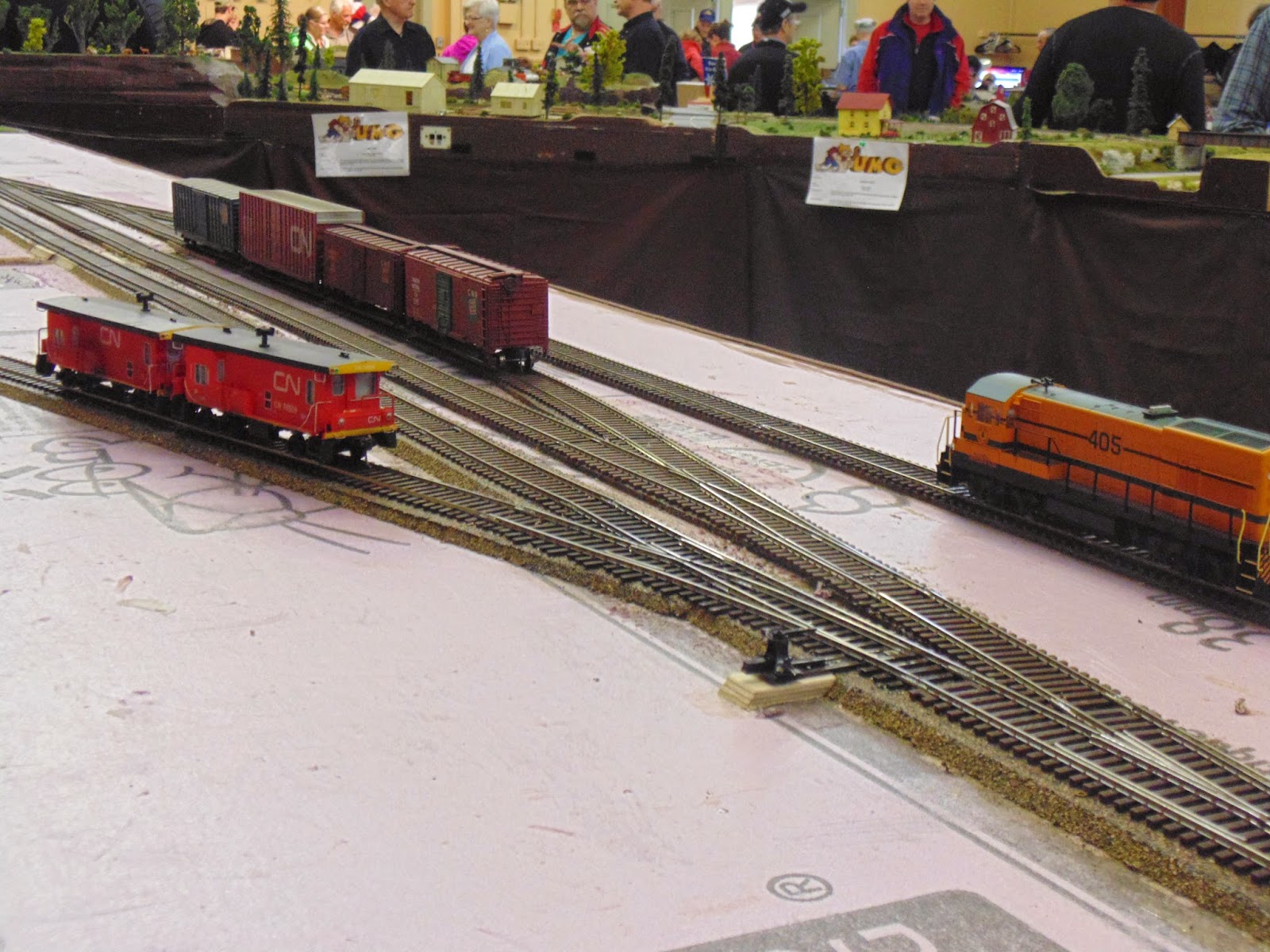 Will Lawrence's Yard modules.  A pair of my transfer vans sit in the foreground, with Luc Nowlan's MEC U-something in the rear. 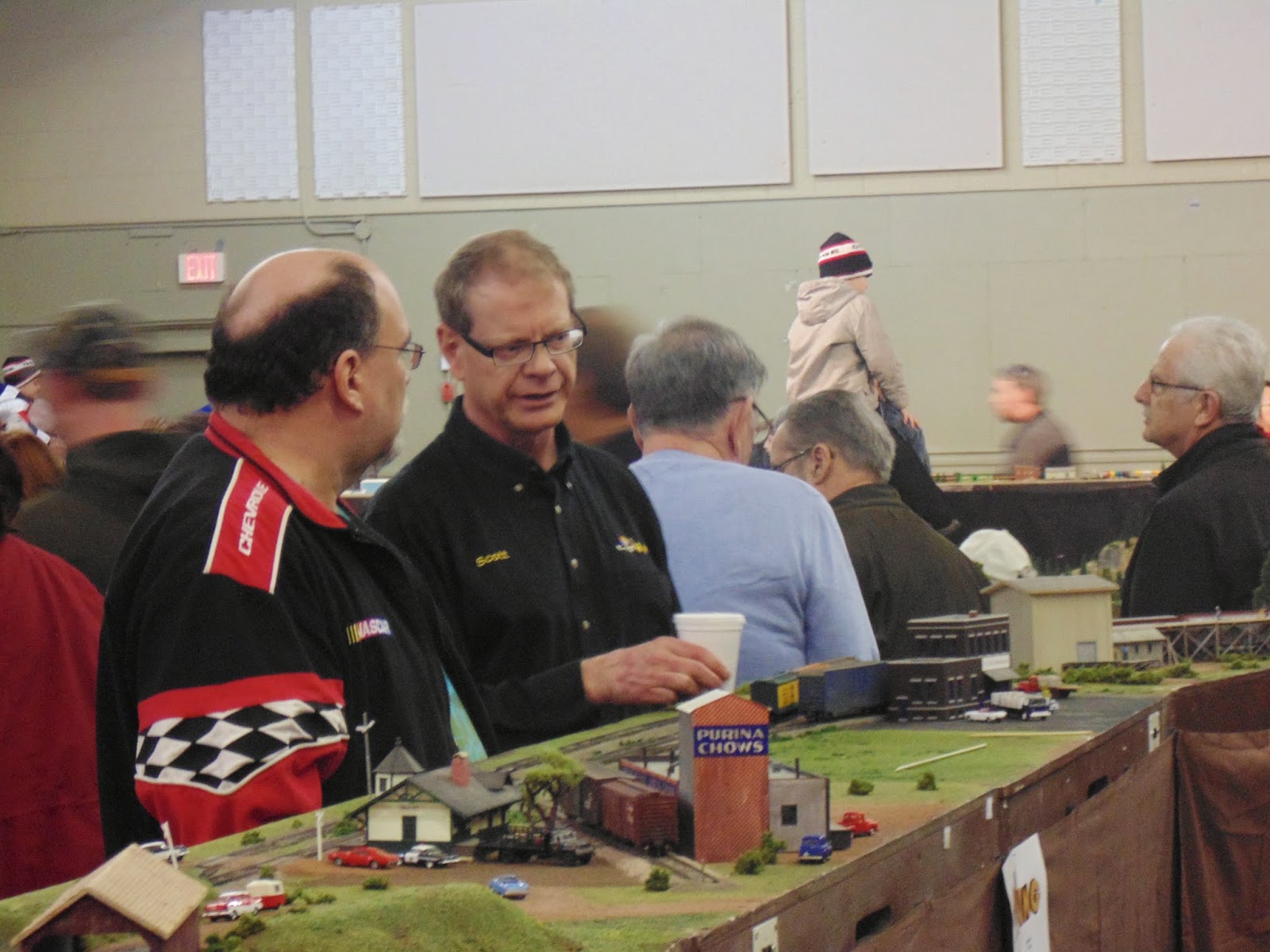 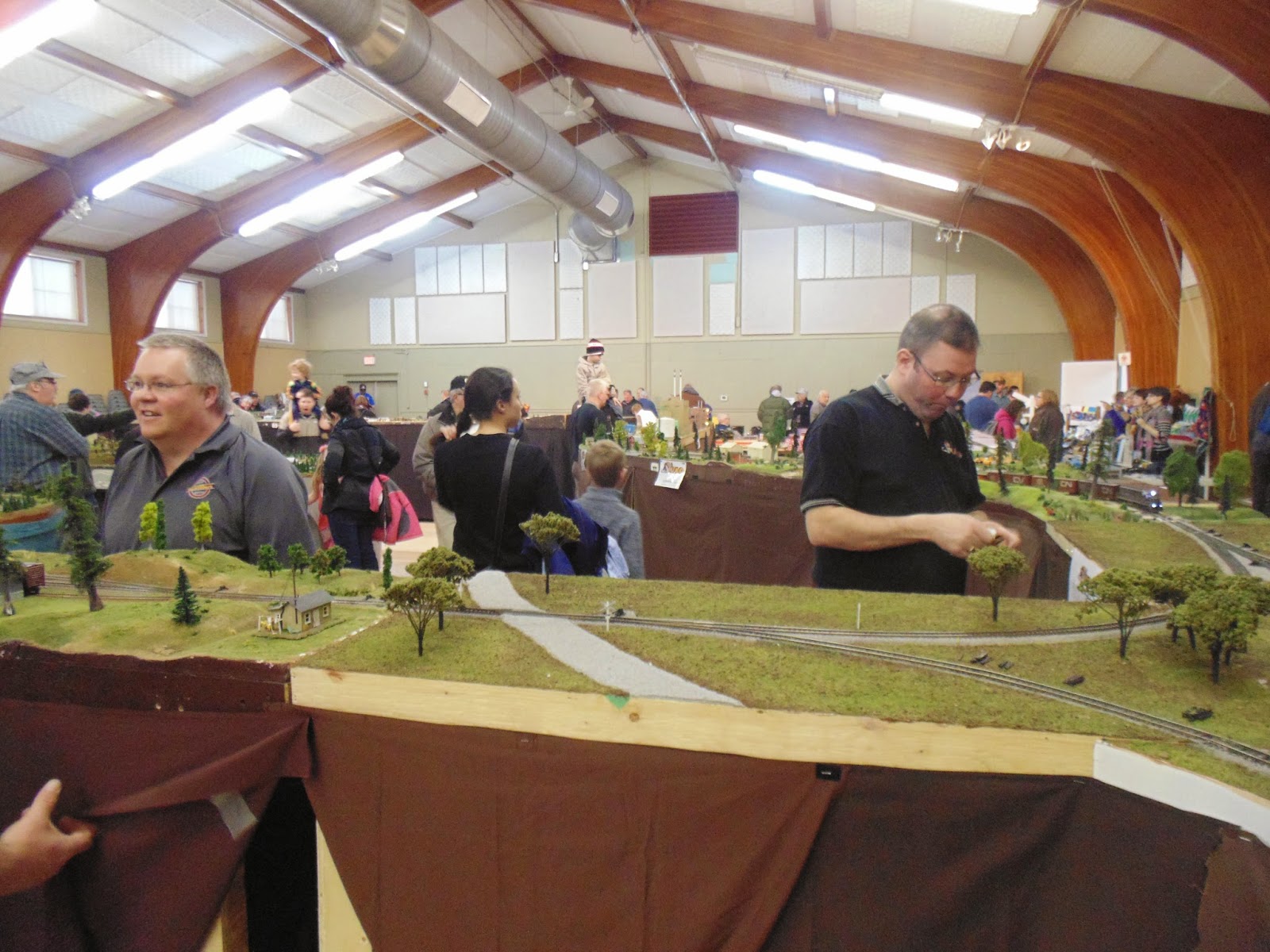 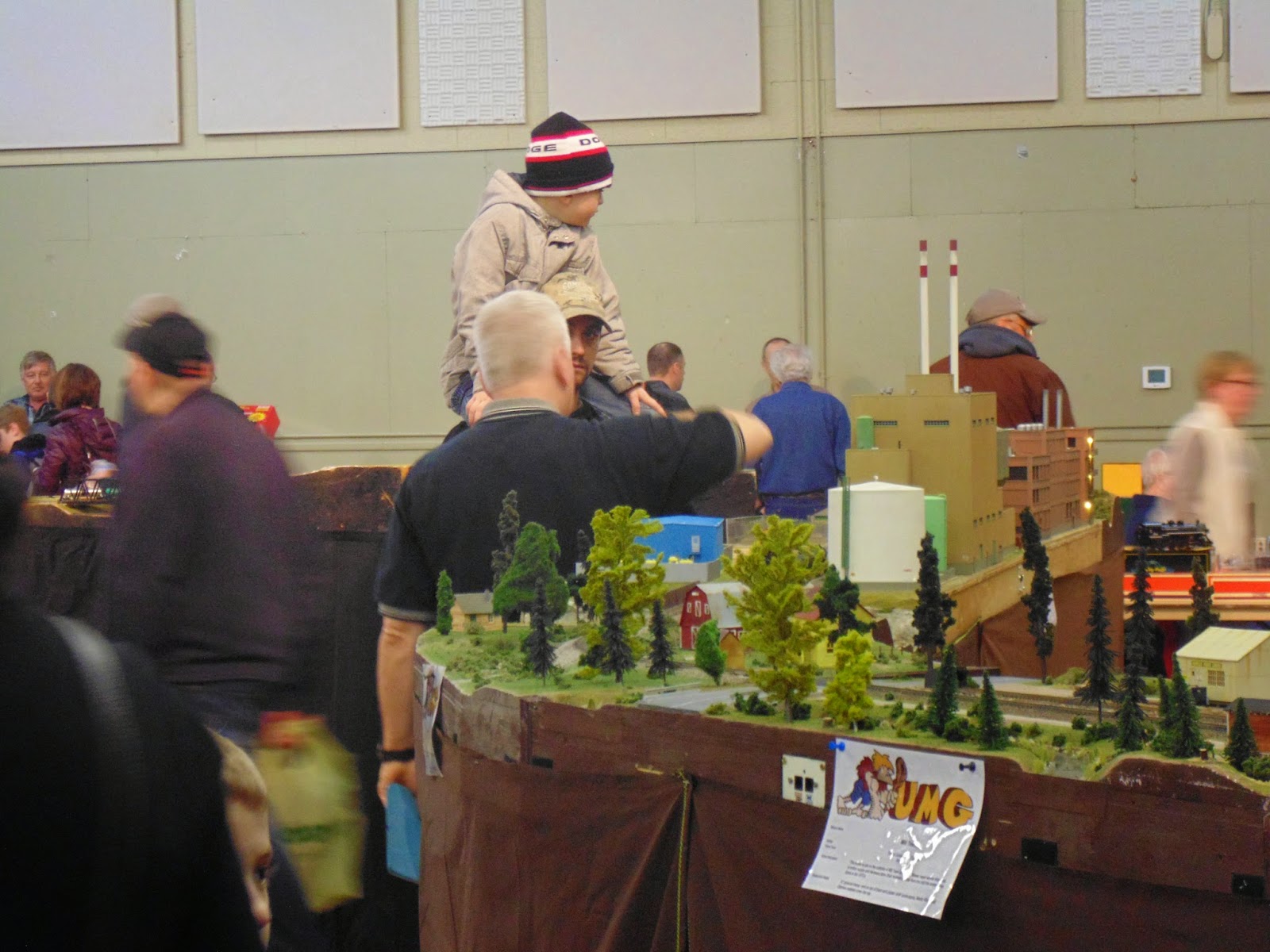 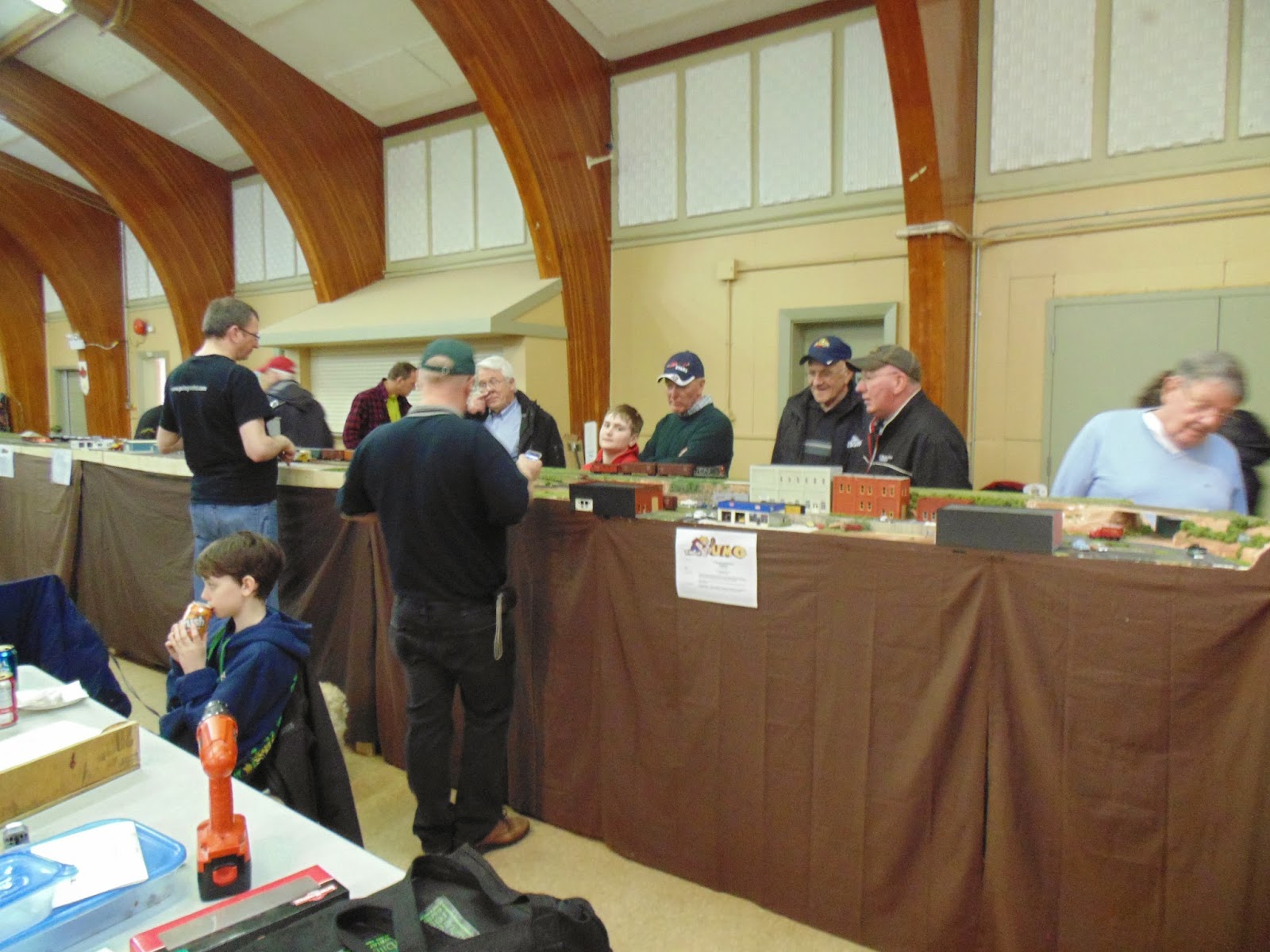 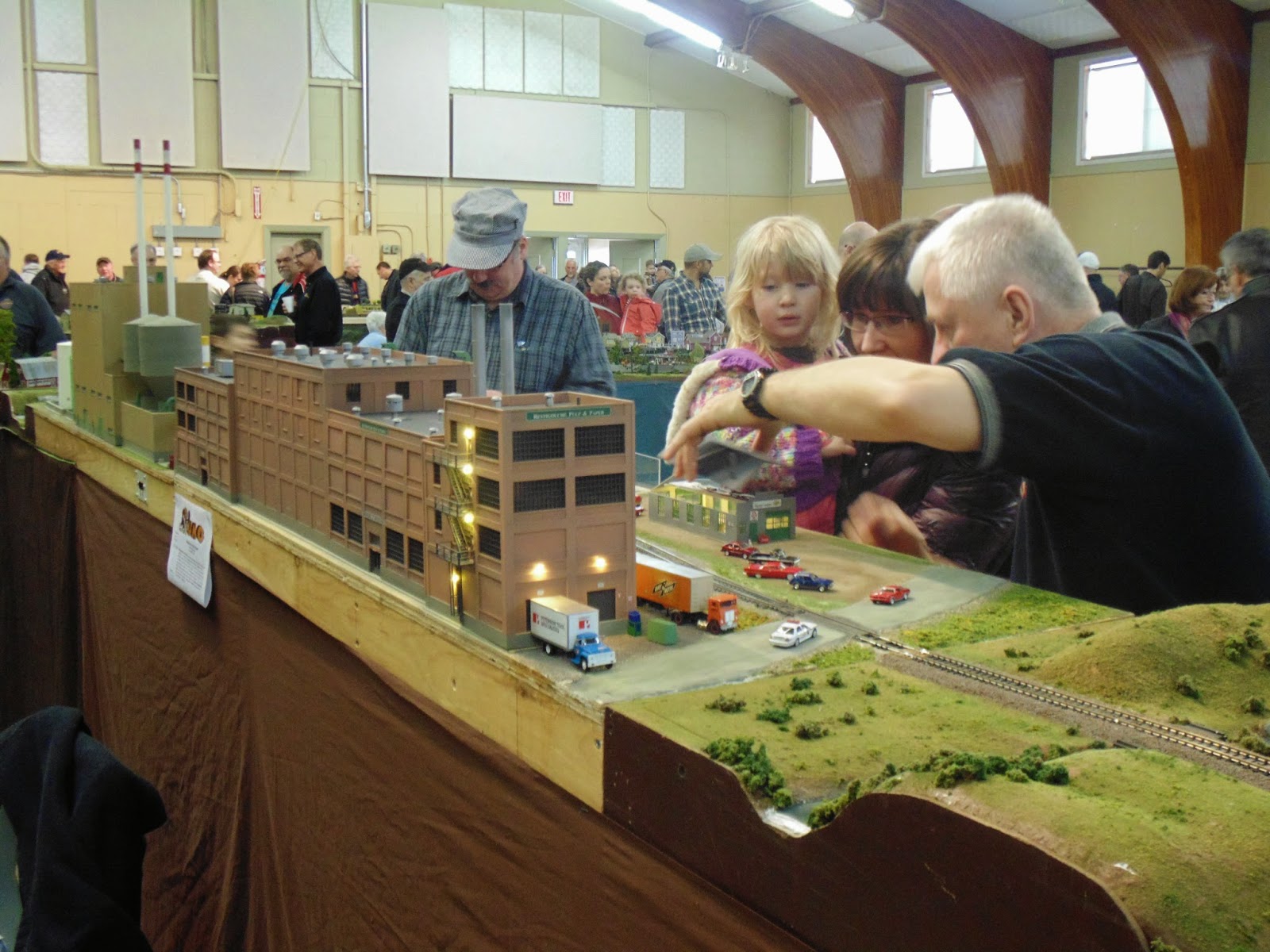 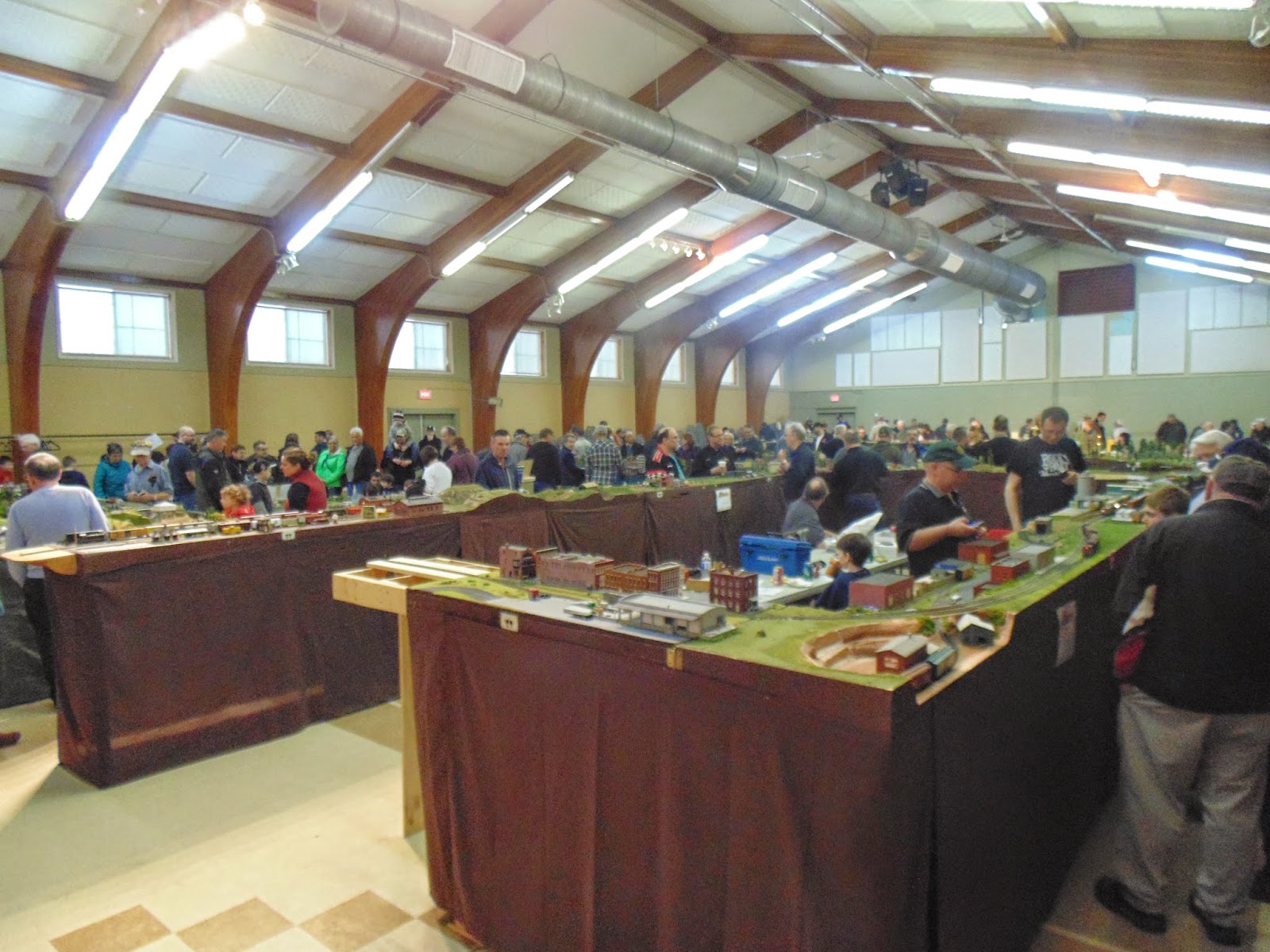 From what I gather this was the best year for attendance in recent memory.  I forget what the exact numbers were but I was quite surprised. 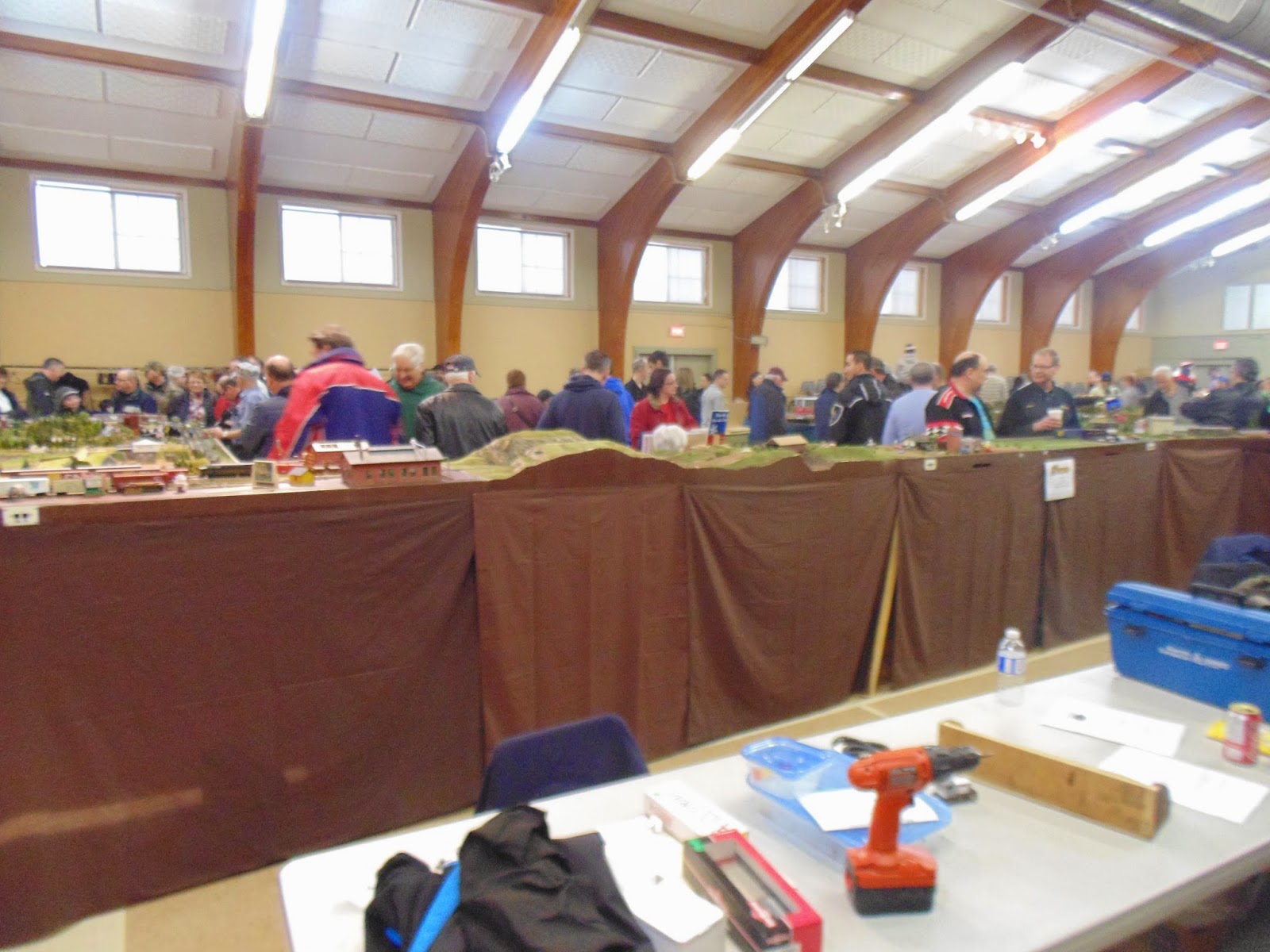 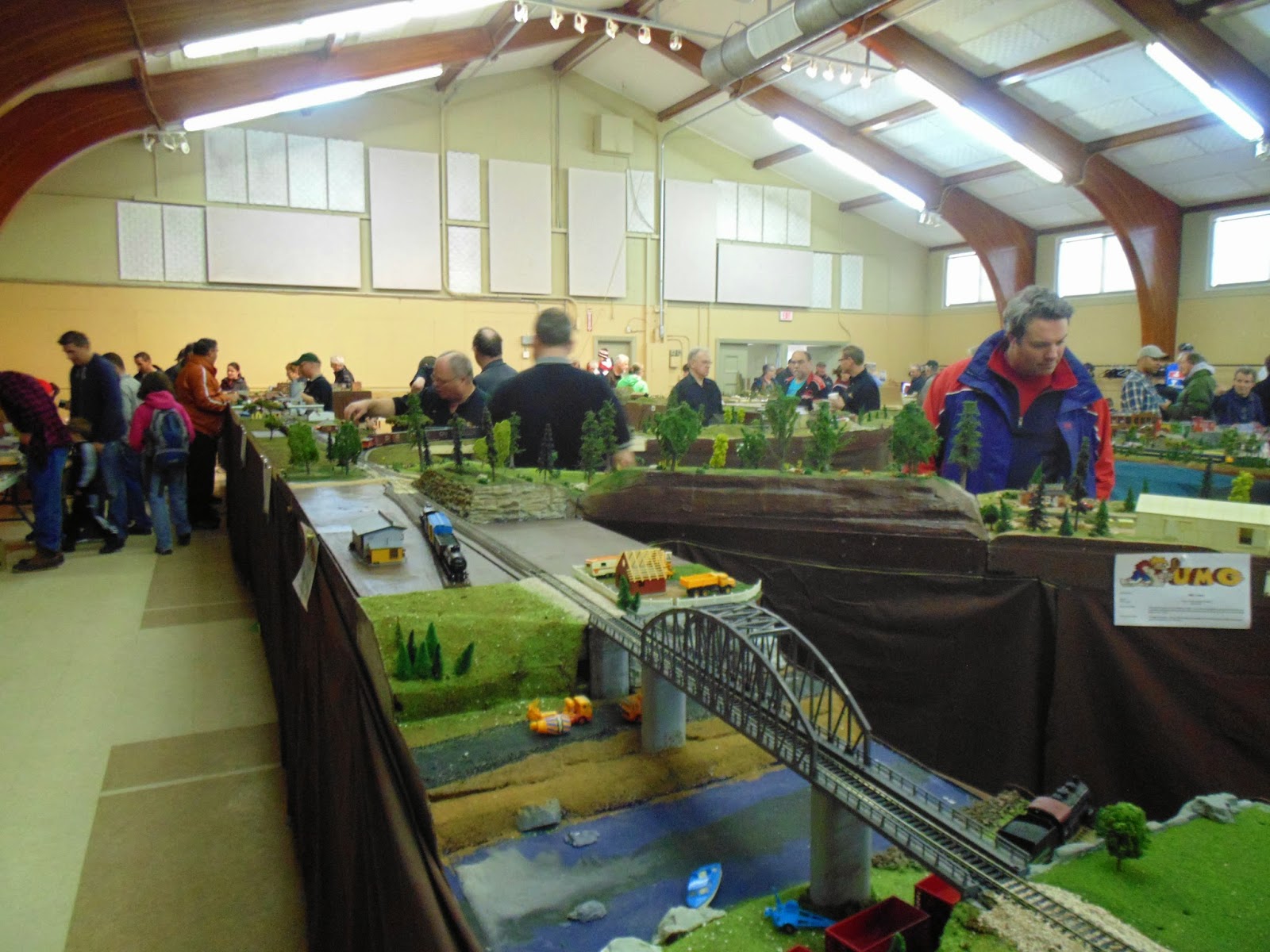 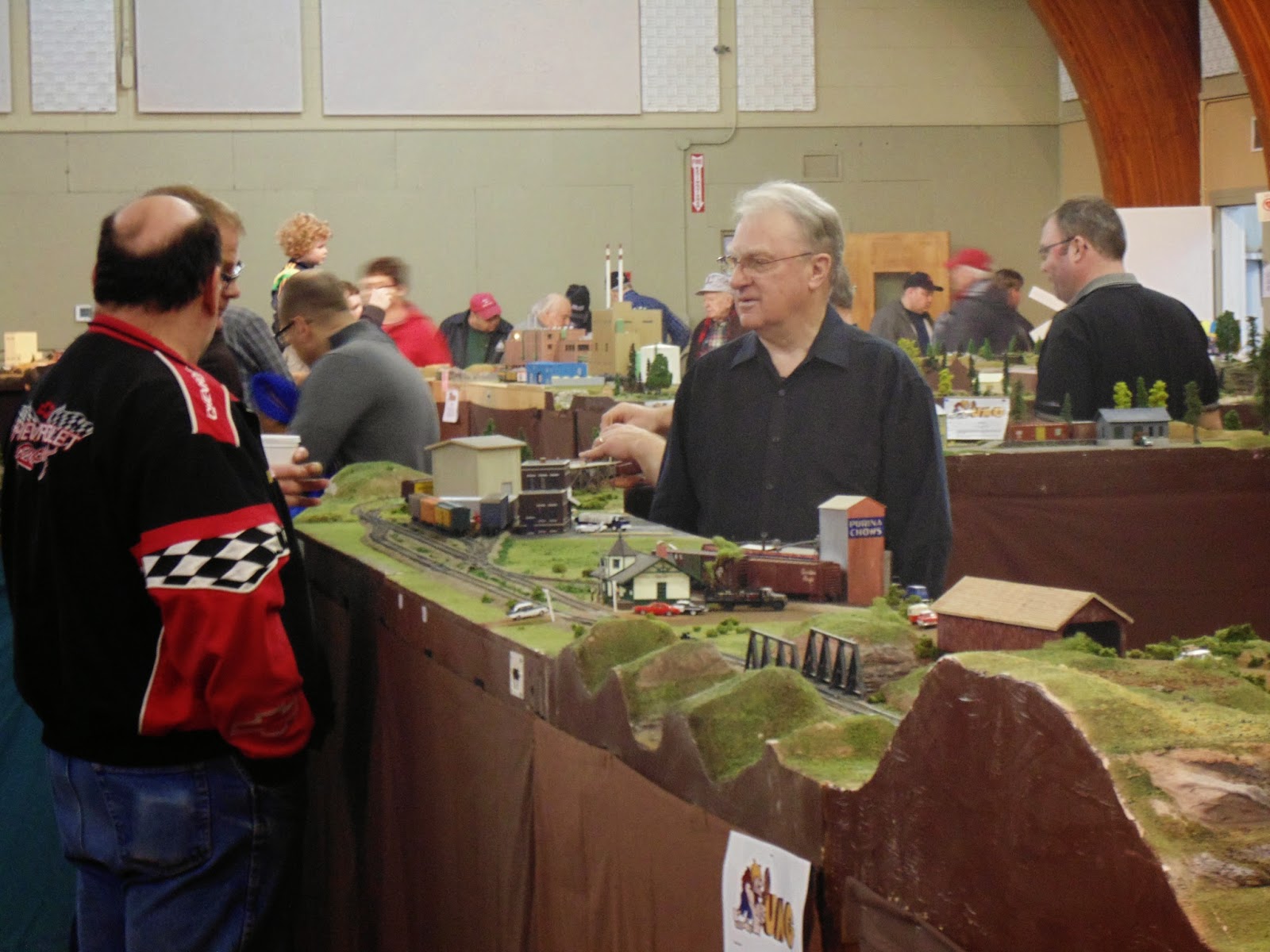 Of course, with the size of the layout we always need spareboard operators, whether they be children or bonafide model railroaders.  Barry made the trip all the way from PEI to lend a hand. 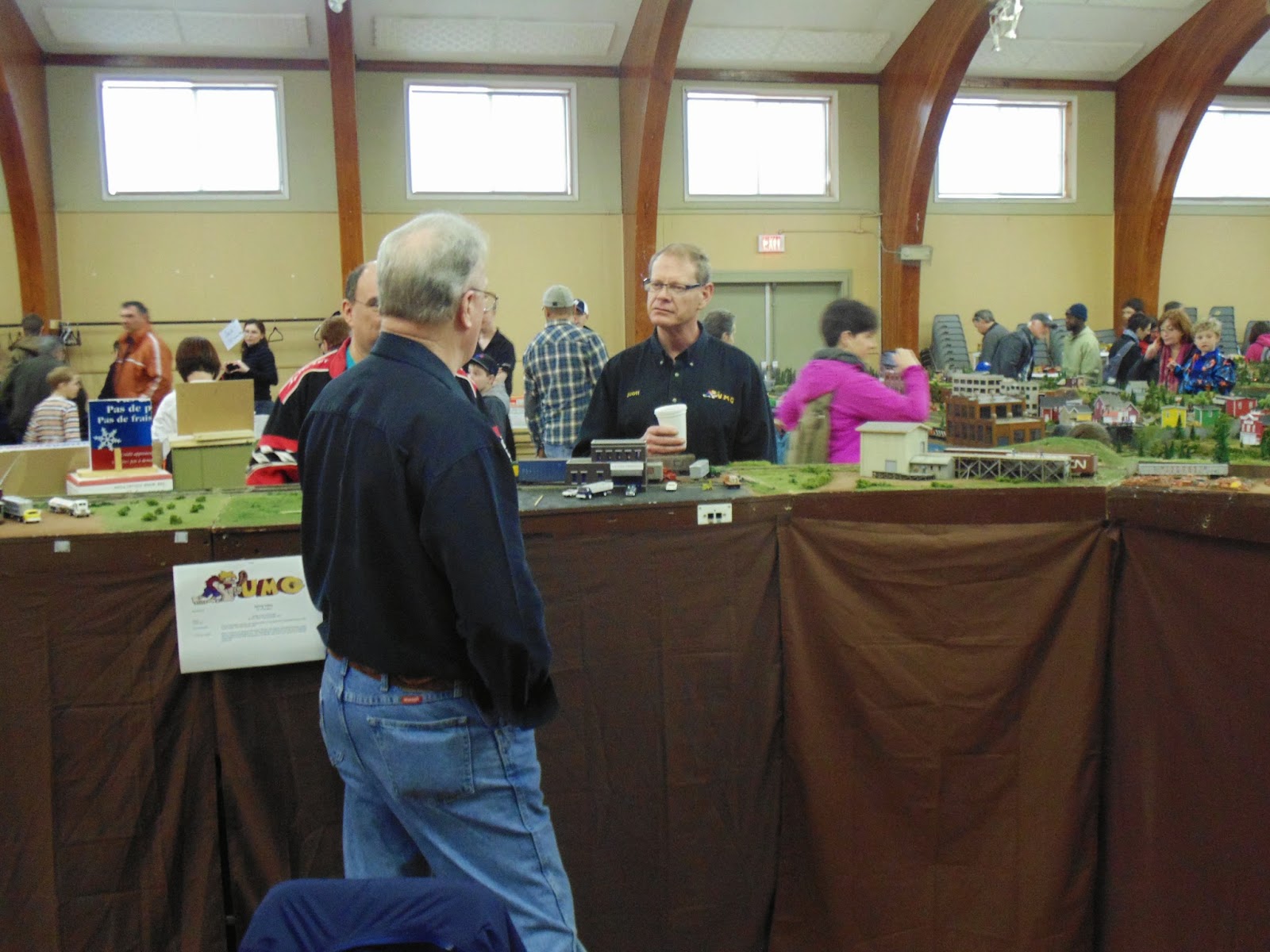 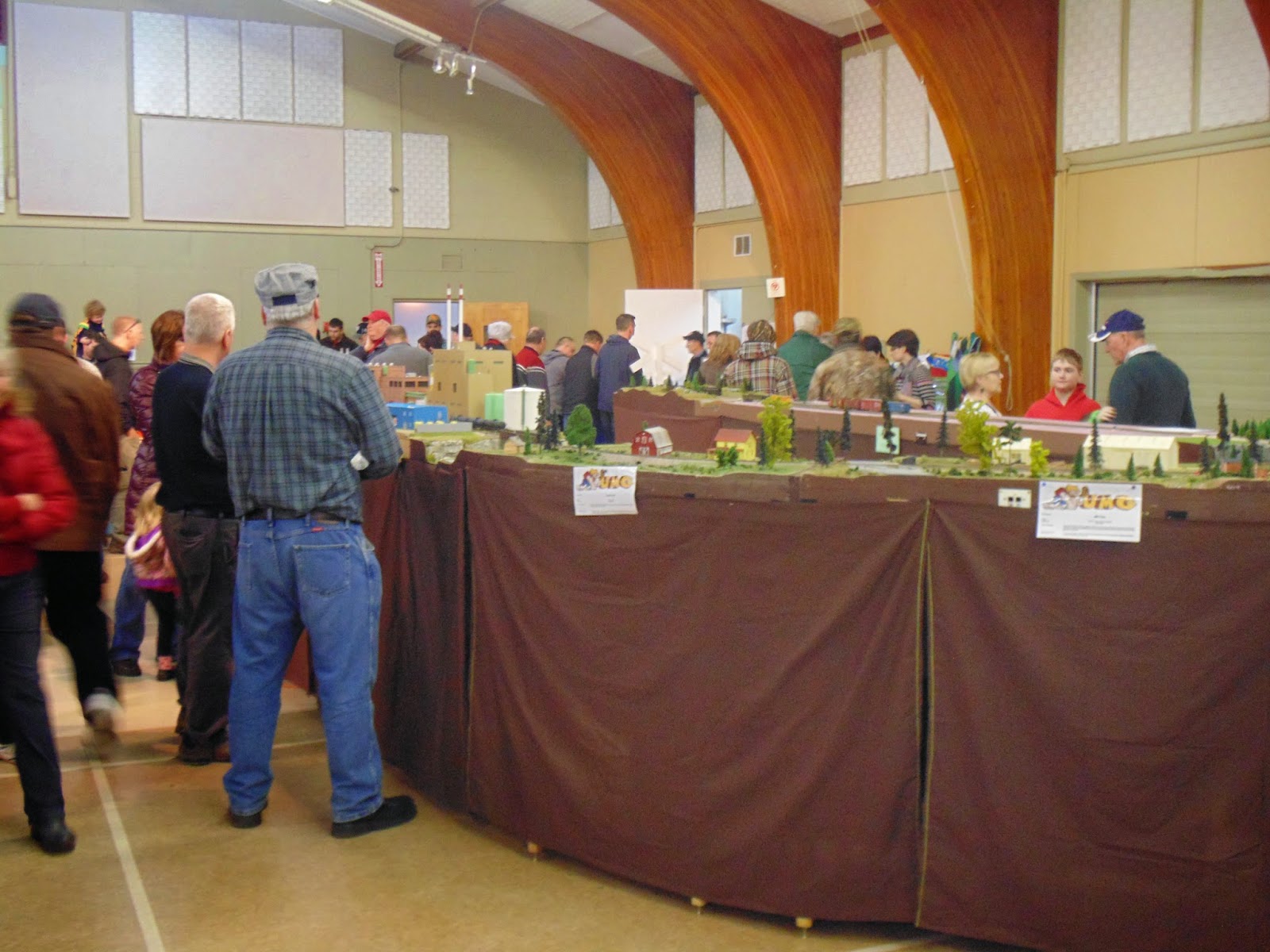 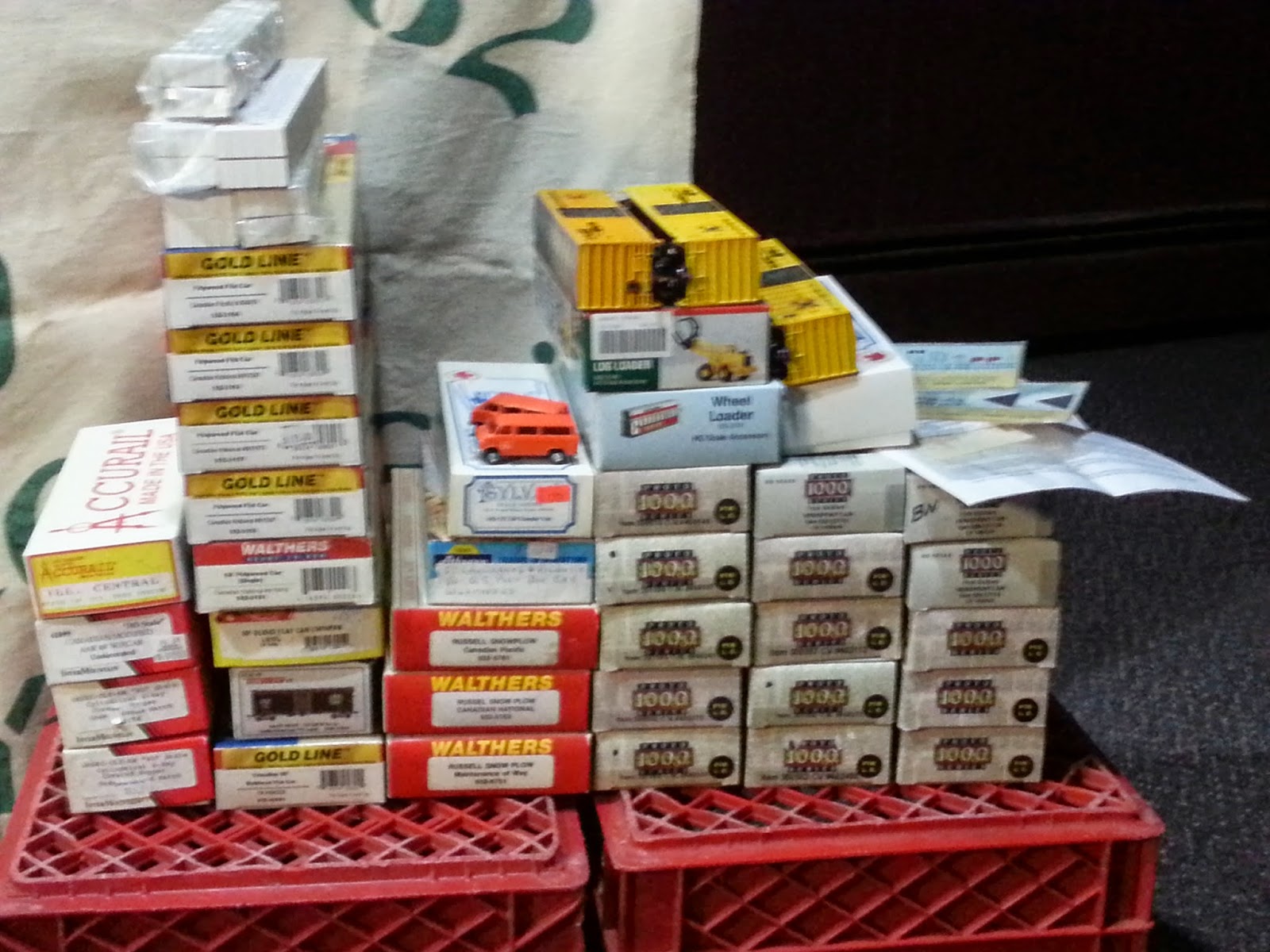 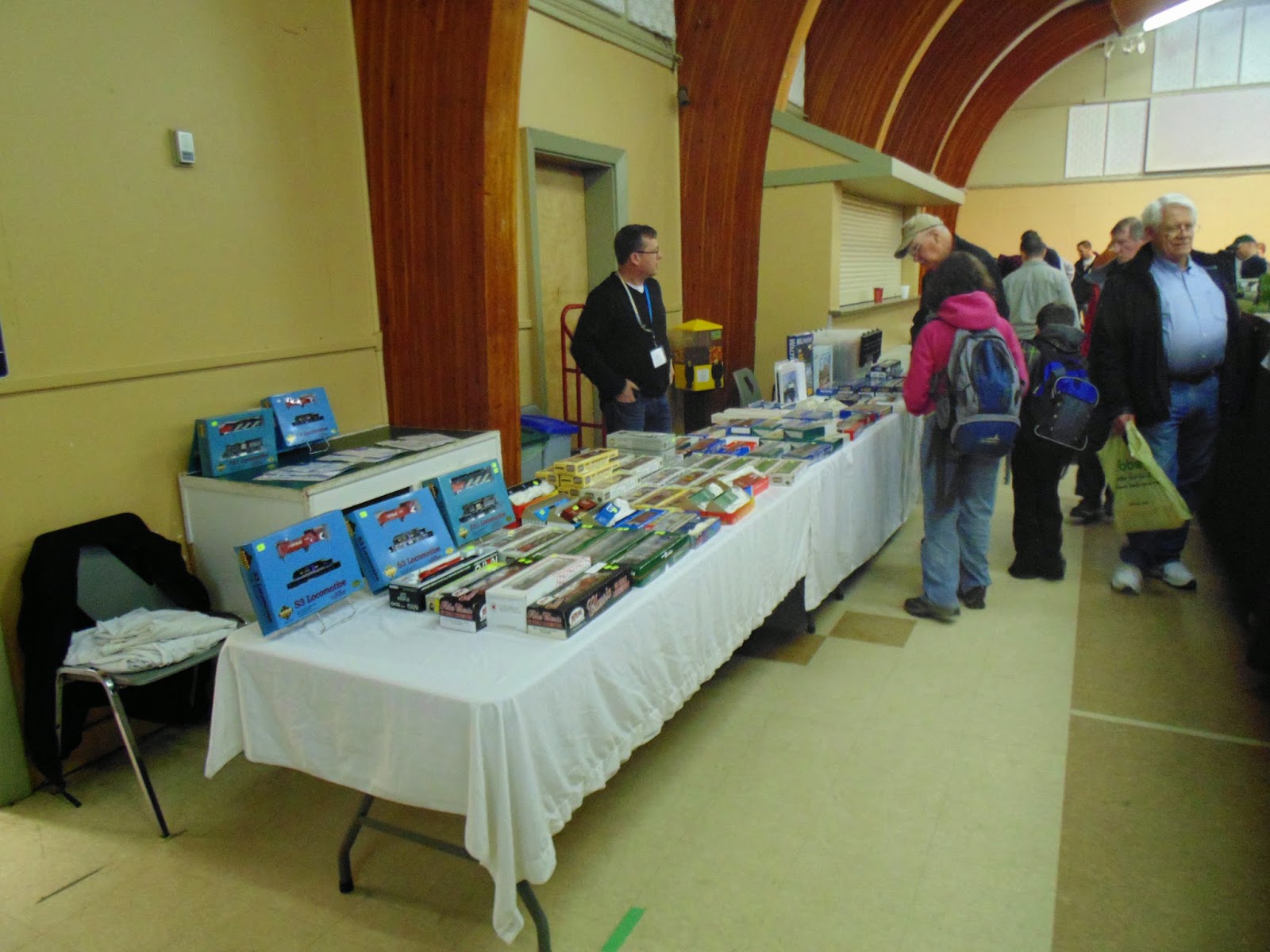 This is the table that most of the haul originated from.  Brent made sold over half his inventory throughout the course of the day.  He's downsizing his collection....must be quite a collection!