I've been busy working on my UMG modules as well as my new switching layout which grew from the ashes of my previous layout so I haven't had much time to post here.

Here is my haul from Springfield.

As I said I had everything I was after in a couple of hours on the first day.  Everything else was bonus.  Among the pile are 9 Walthers woodchip hoppers (to be repainted), five 40' boxcars, two RS-11's (will be RS-18's), some weathering powders, a parts chopper, water tower, weathering stains, thee proto tank cars (for the Chandler Mill) some magazines featuring Gaspe railroading and two BAR cars from the Eastern Maine Modellers group. 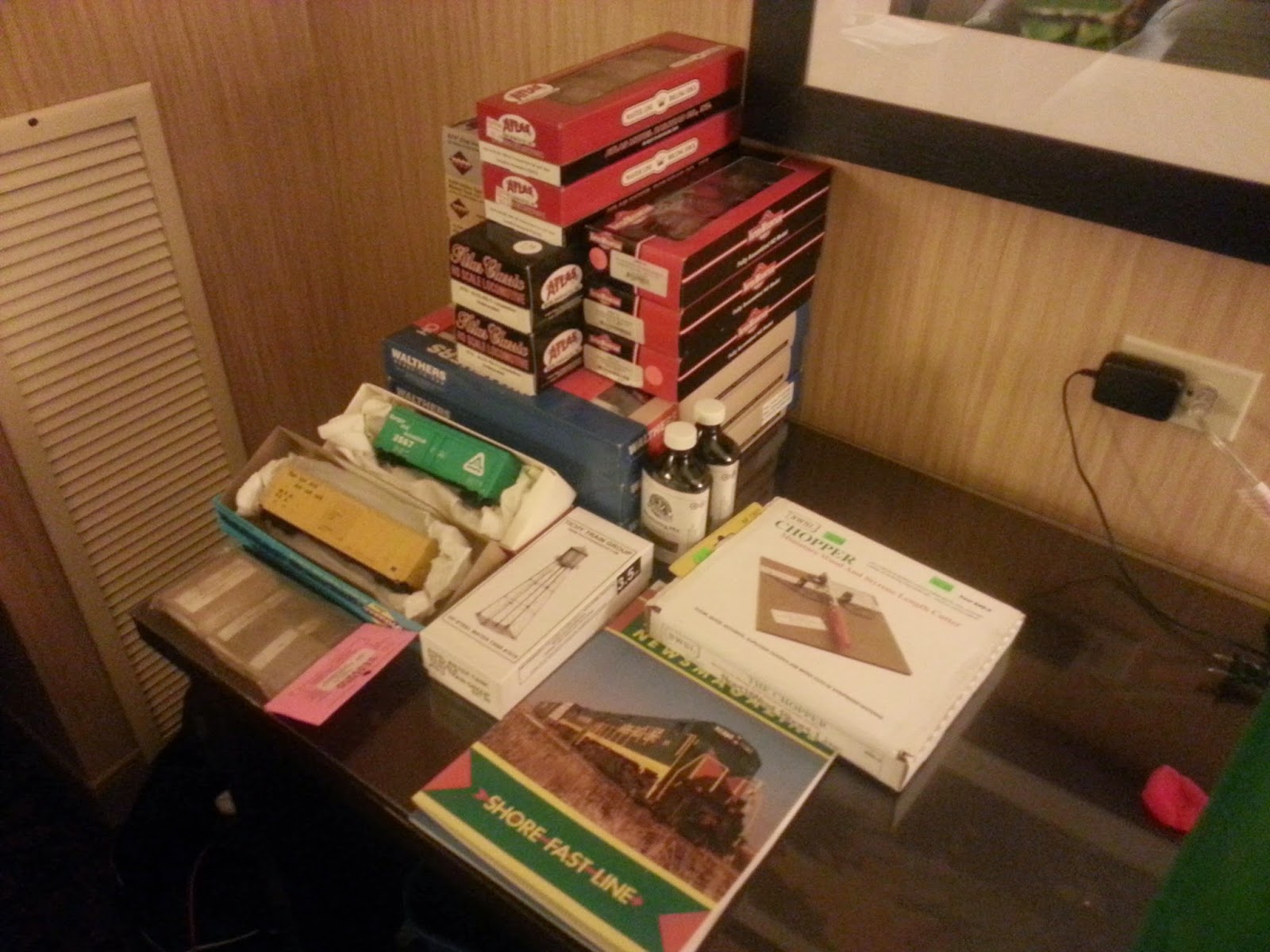 Here's another shot of those BAR cars.  The boxcar needs stirrups. 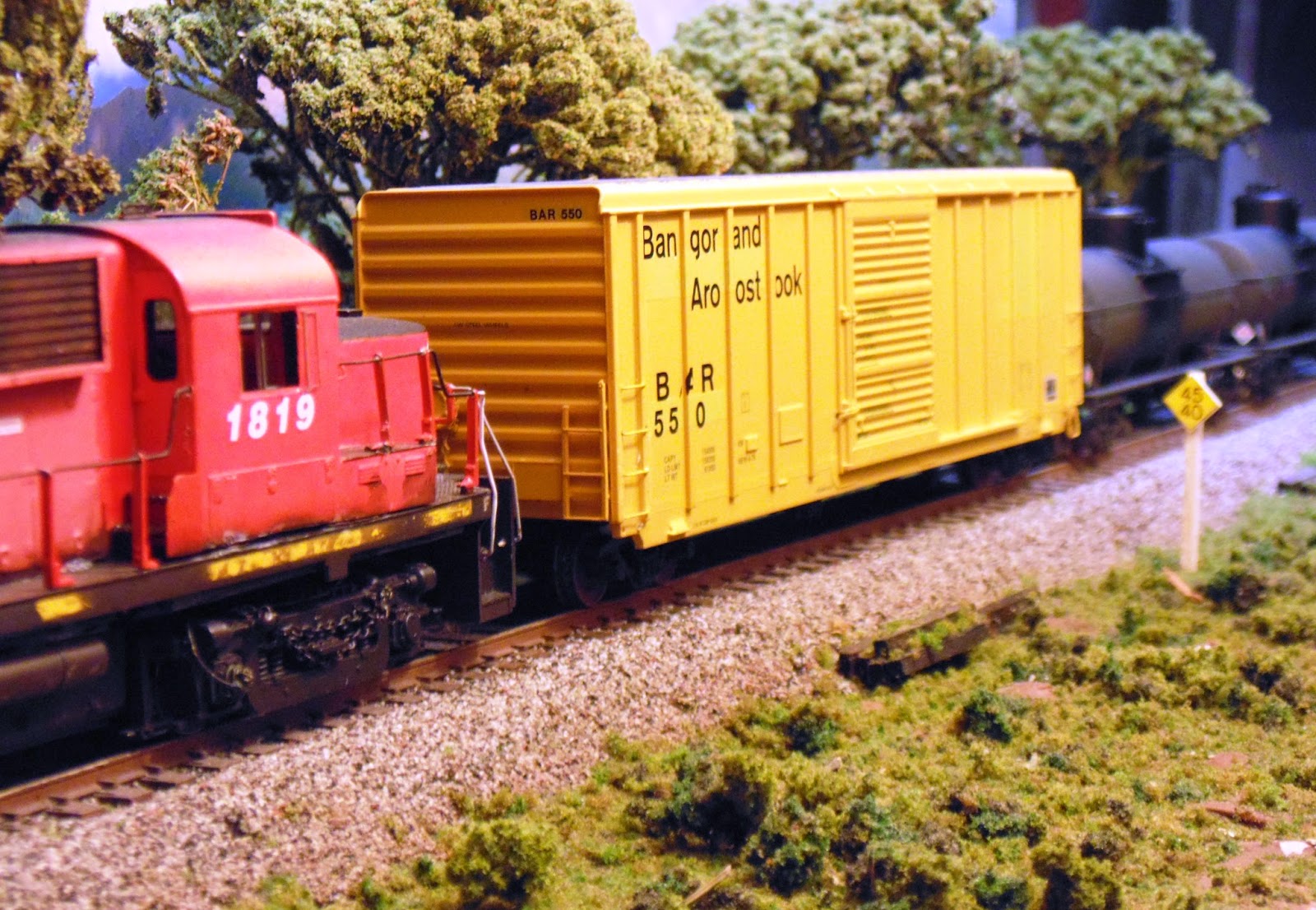 This woodchip car was scratcbuilt by the group. 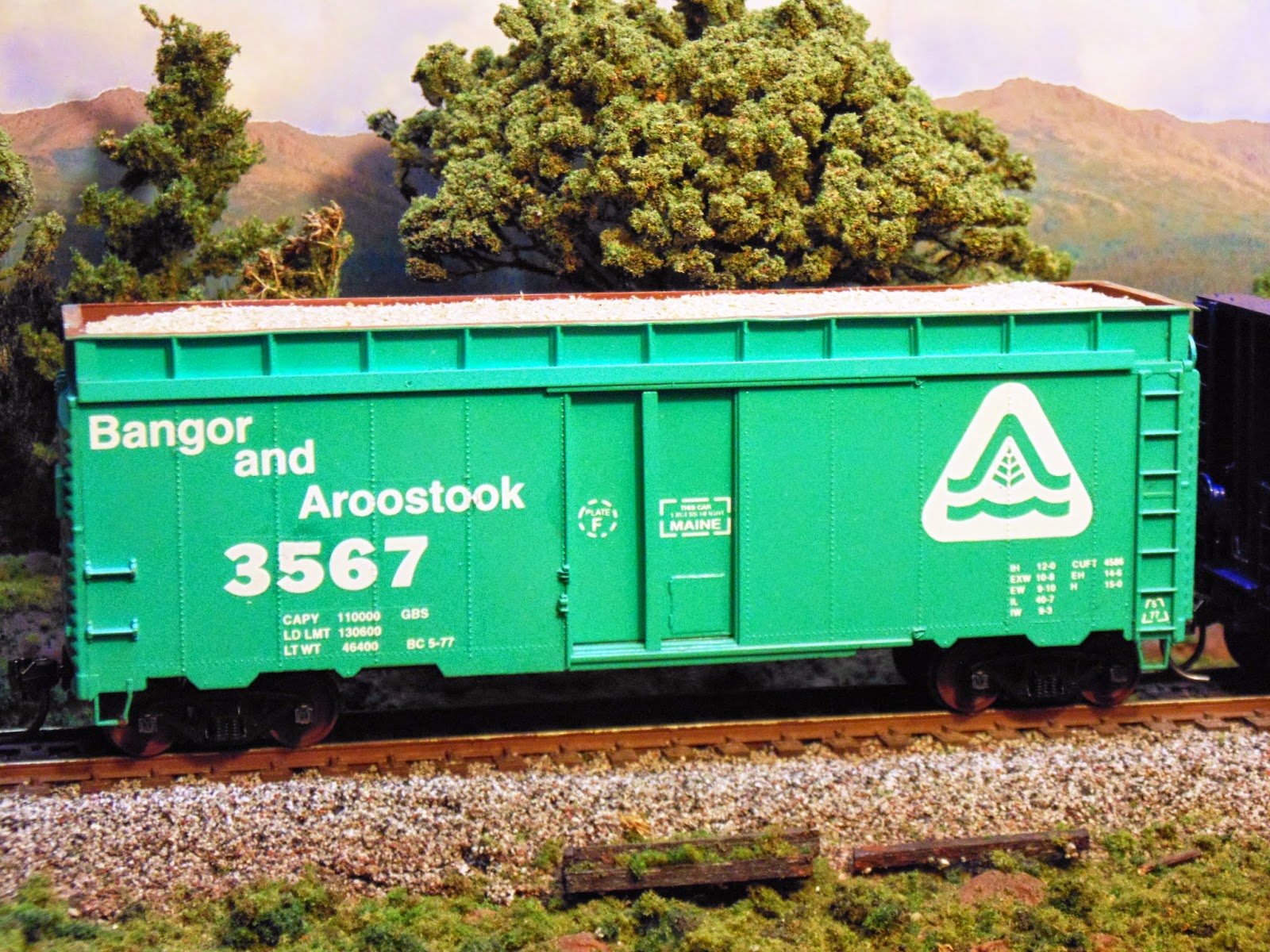 I weathered the tank cars promptly to match prototype photos.

OK, technically I didn't buy this in Springfield, but I met a vendor who had one for sale back home in Canada.  It arrived last week.  I also have an OMI Point Sainte Charles on the way from him as well. 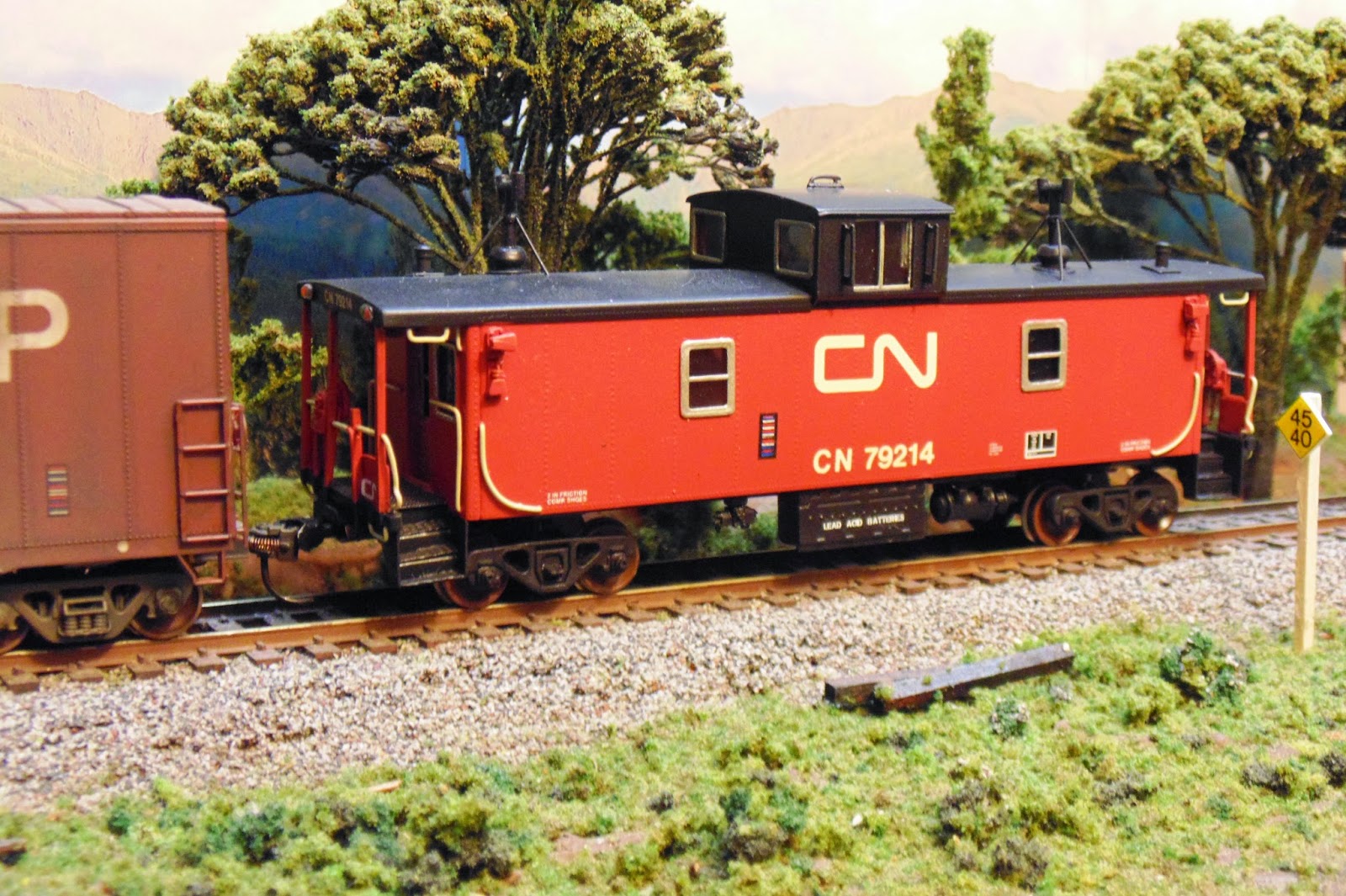 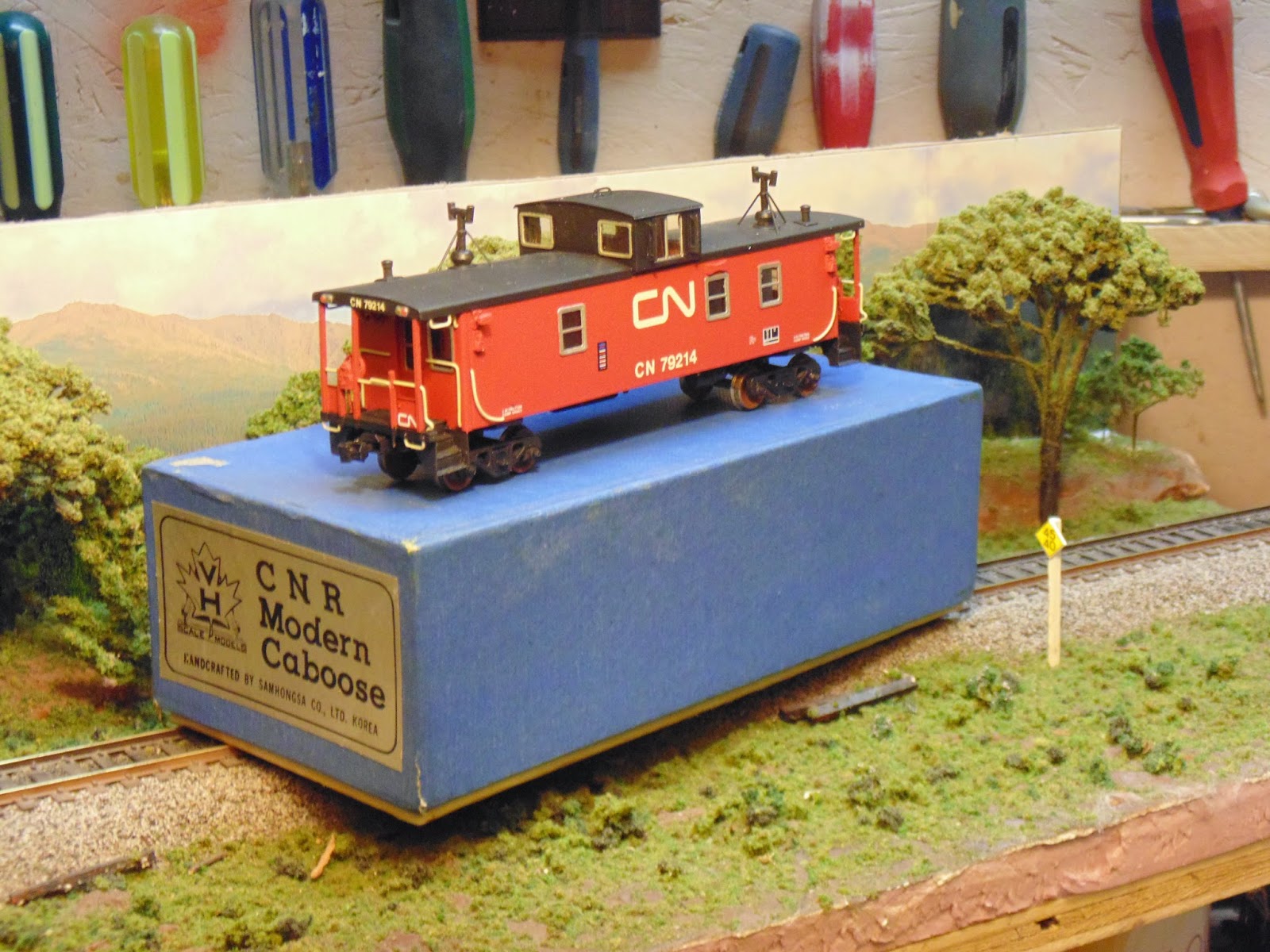