I've been pretty tied up with school and work since my last update, however I was able to make some progress on the layout yesterday.  I removed the old plywood that Chris has used as a base and installed new stuff.  In the process, I decided to bring the layout to a total depth of 18" so that the tracks aren't right on the edge.  Now the dimensions are 7' x 1.5'. 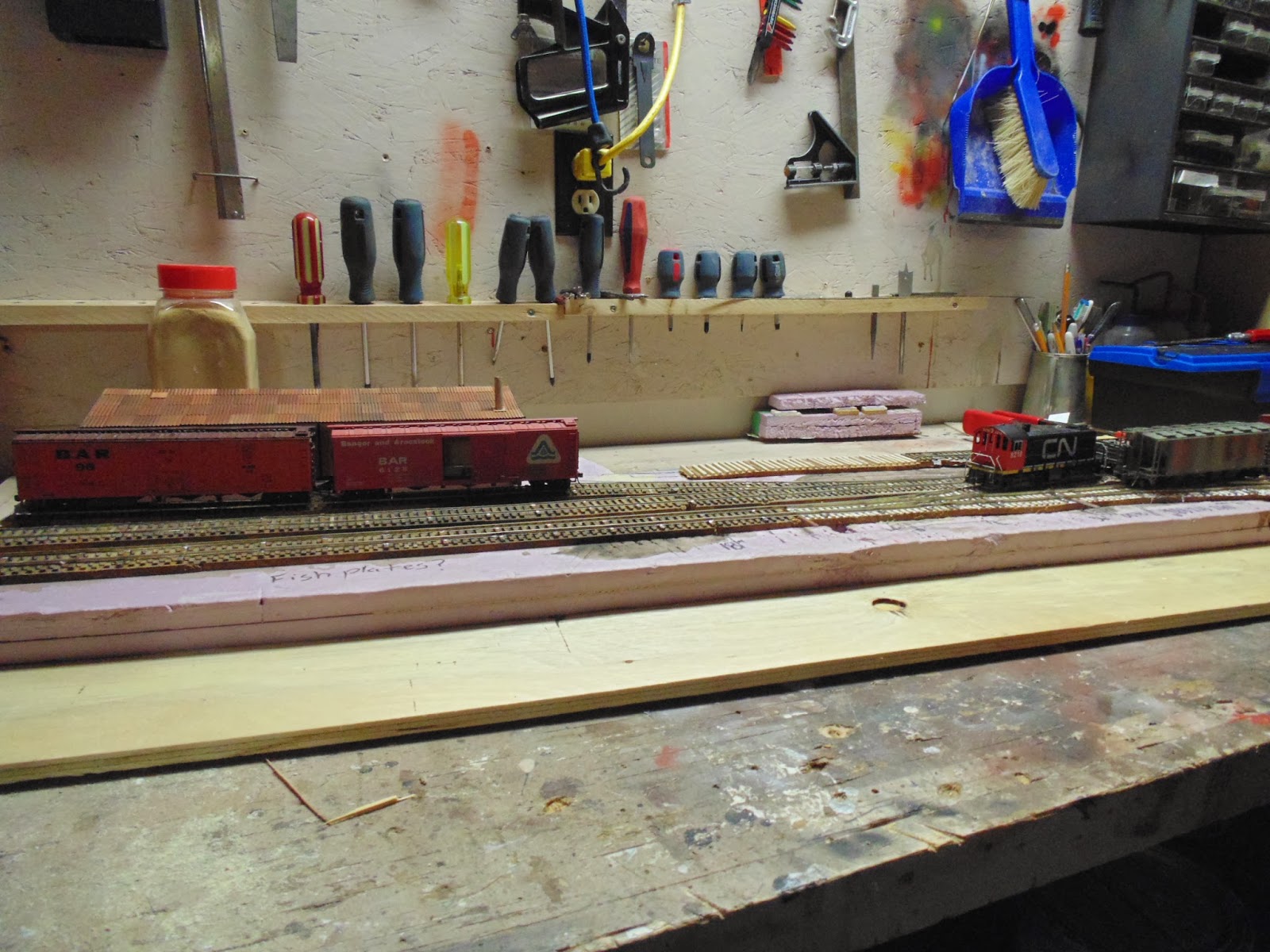 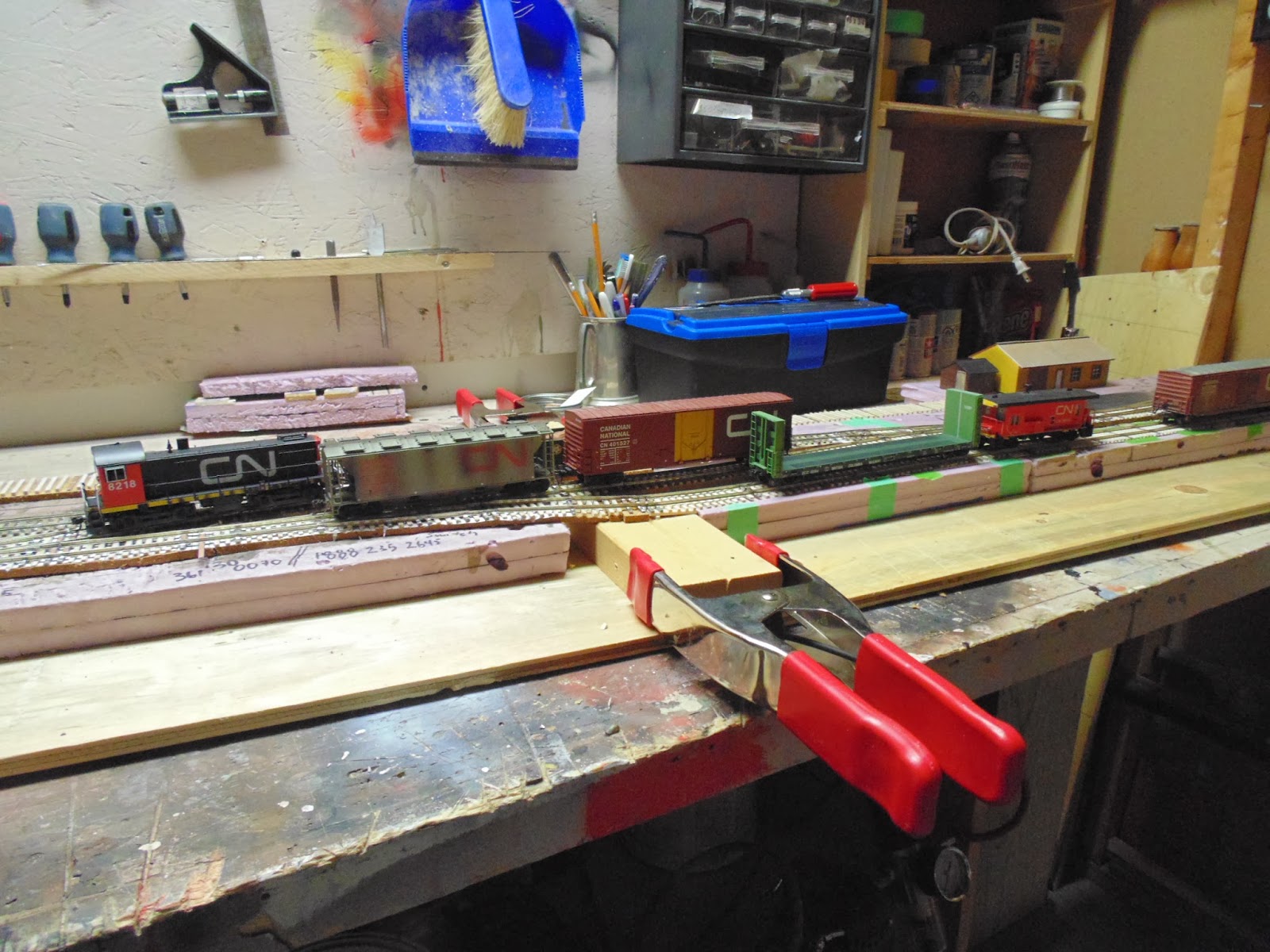 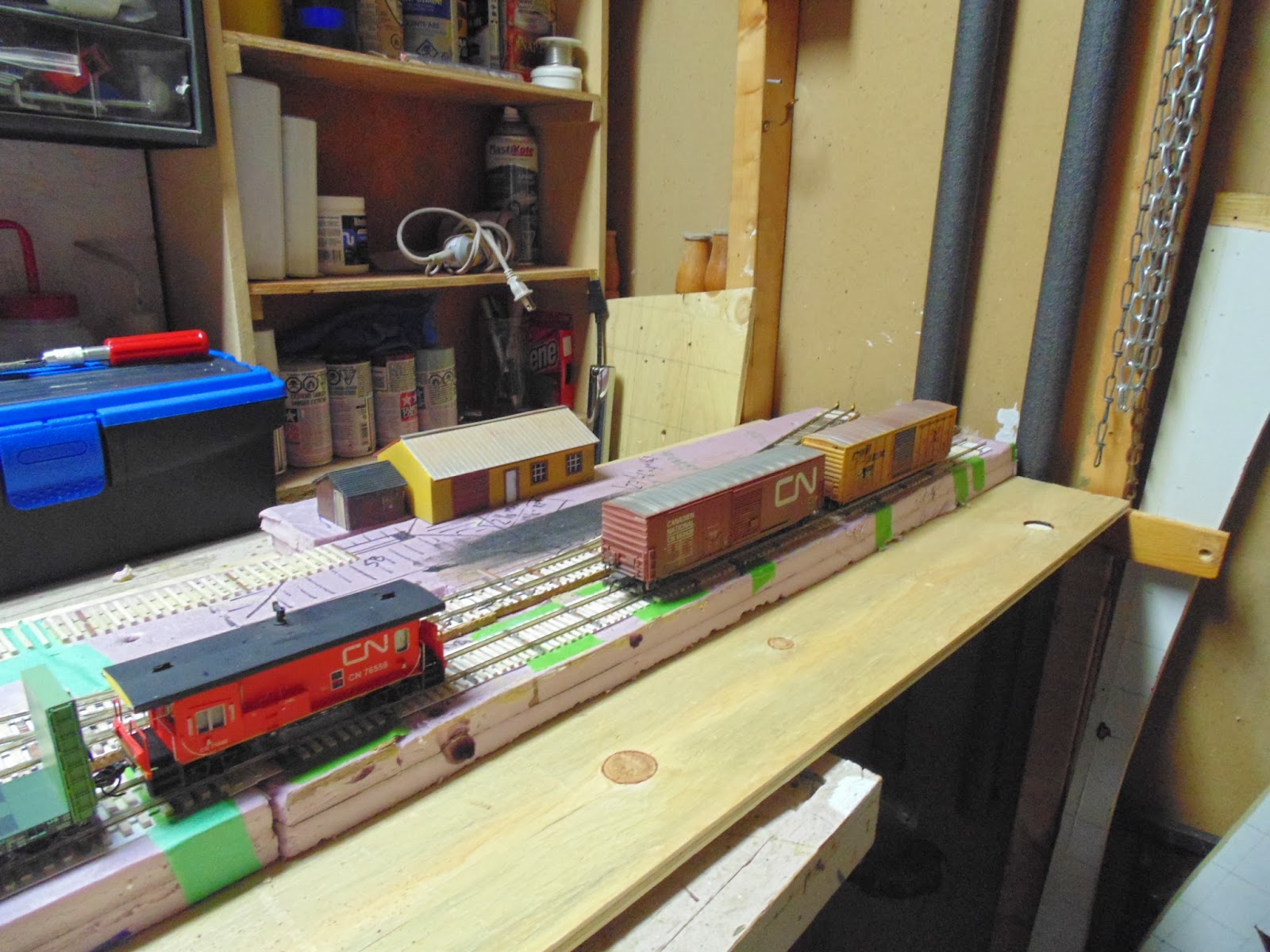 I have most of the track down at this point.  I'm going to have to pick up a couple of sections of Code 40 rail to finish off the back engine storage line and "spur" lines. 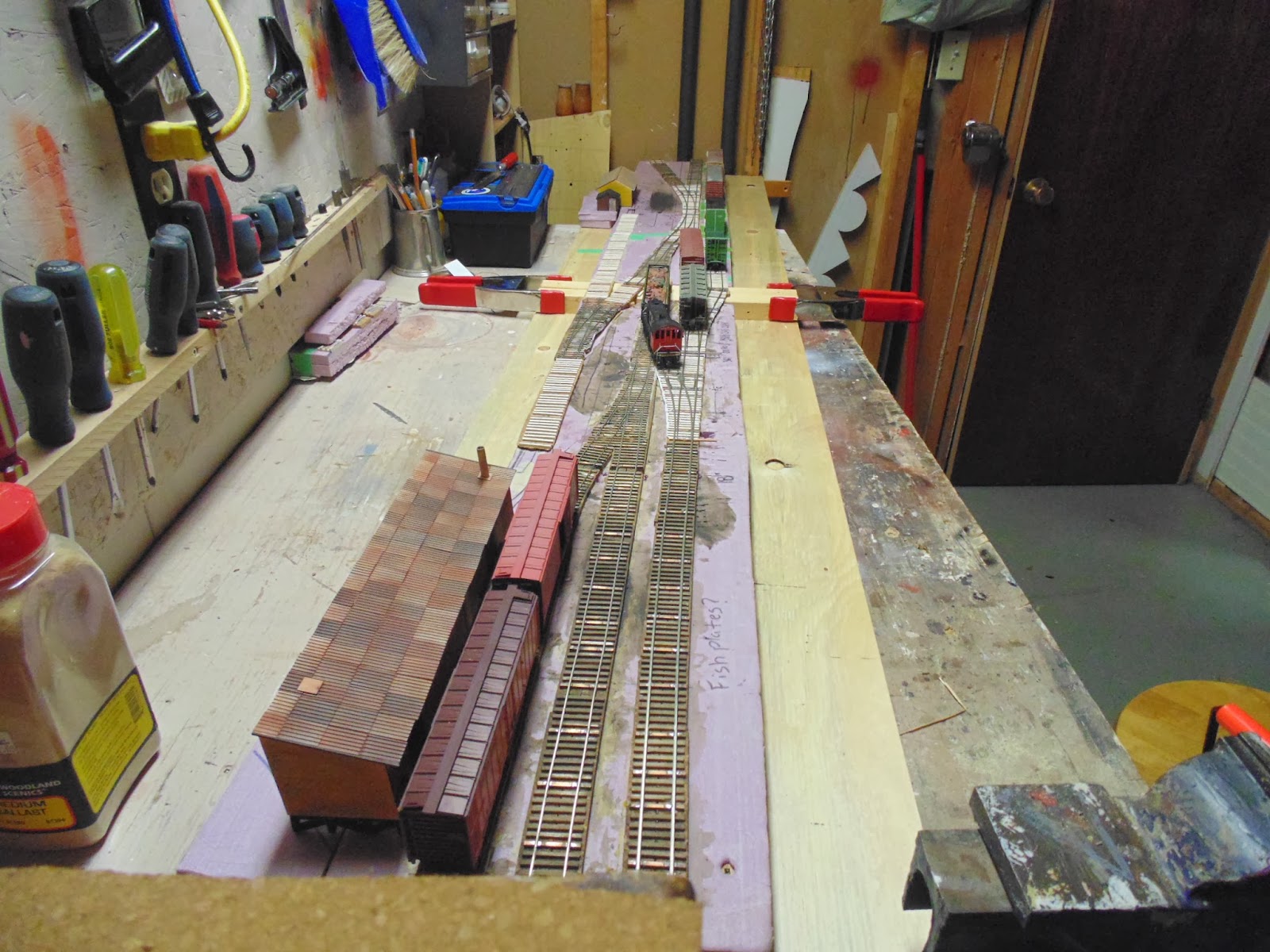 Thankfully, the joints all line up and the rolling stock moves freely across them.  Unfortunatly, this area also has the highest number of tracks.   Clearly, I underestimated the grading on this siding and I'll have to rework the ties. 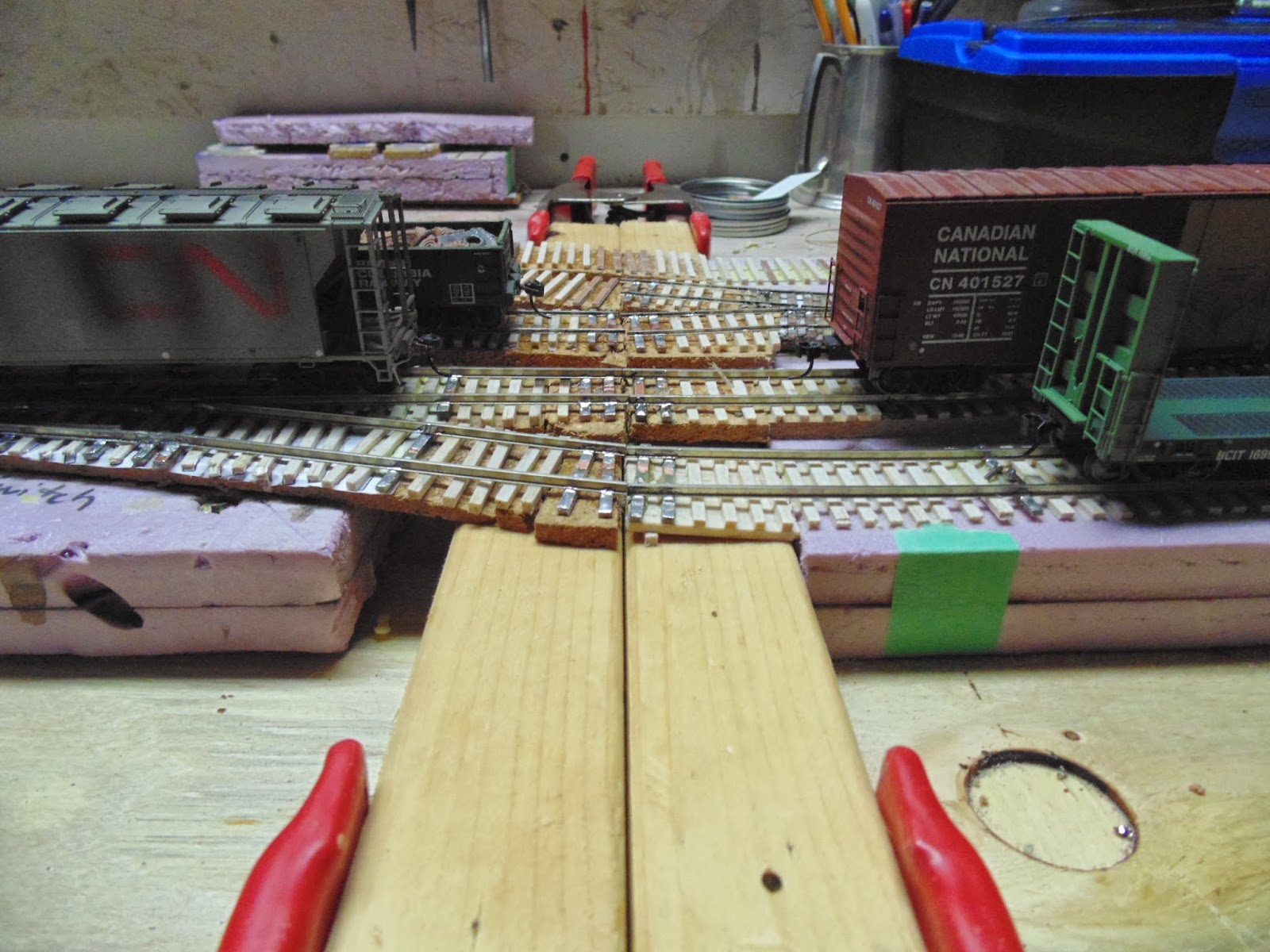 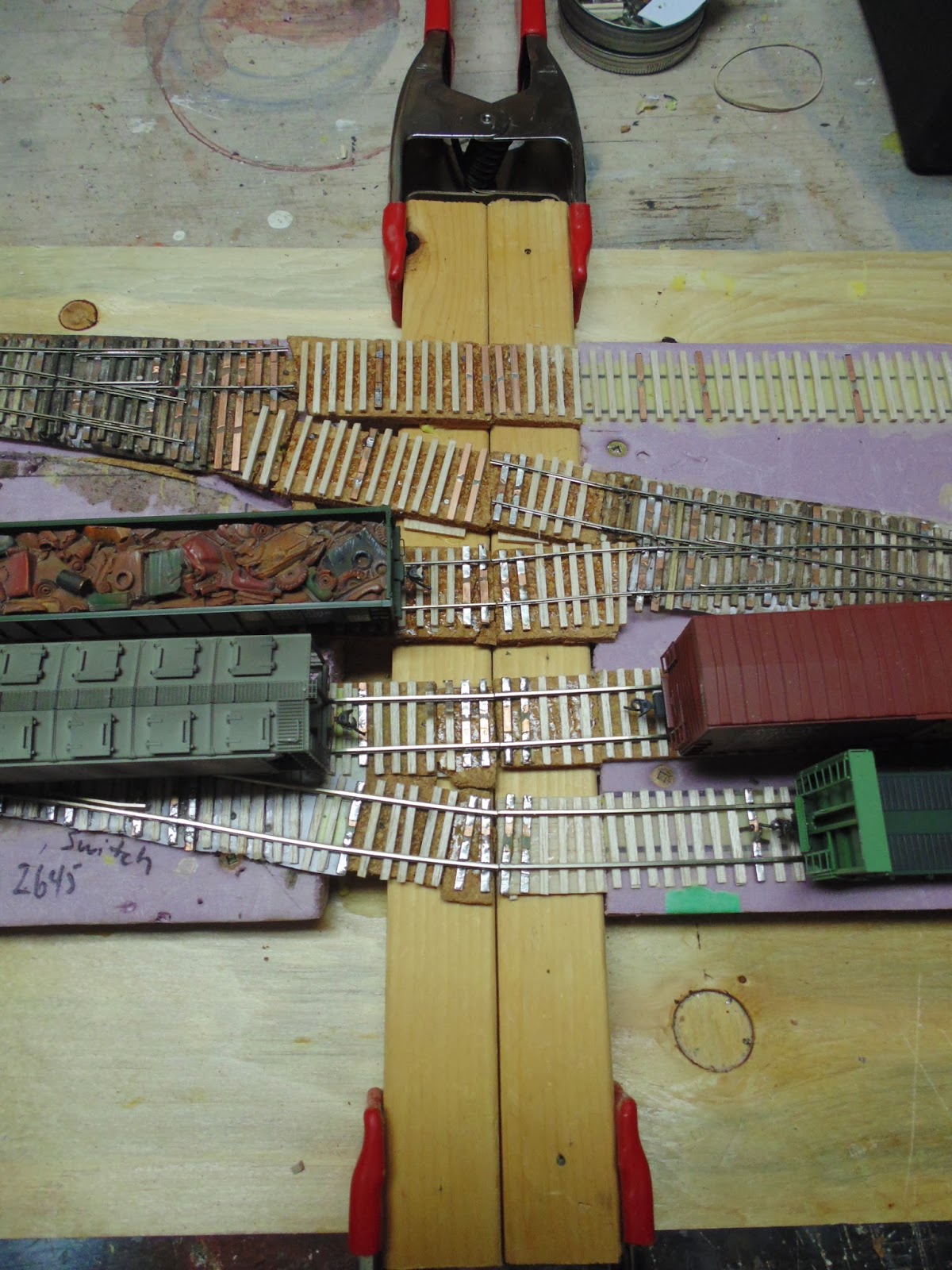