A while back I decided that I wanted to build a model of the Hunter River feed mill, which was serviced by the PEI railroad.  The mill was serviced right up until 1989 and burned in 2000.  I have little memory of it.

After many back and fourth emails between myself, Chris Mears and Steve Hunter I received some great photos of the mill pre and post renovations which took place in late 1989.  Originally the mill was finished in ashpalt brick siding which was covered with blue tin.  The roof appears to be plain silver painted tin.

This is a link to some of Chris's photos:
http://princestreet.wordpress.com/category/pei-railway/borden-subdivision/hunter-river/

Here is where I am at. 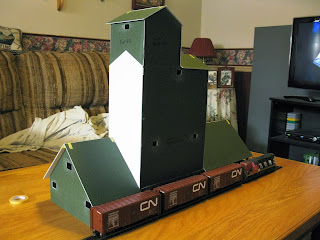 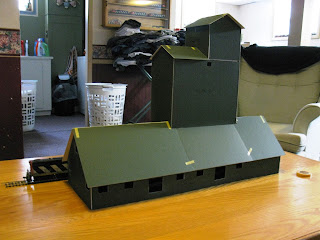 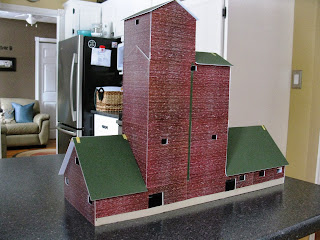 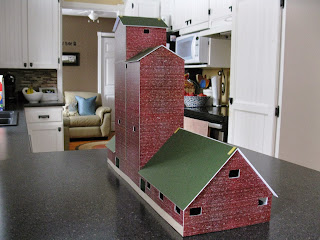 The property itself is still owned by the same company however a much smaller complex currently exists today.  I took a drive out this past Sunday, hoping to measure the foundation, however it has been covered over so the building is roughly to scale...although I think I made the elevator too high.